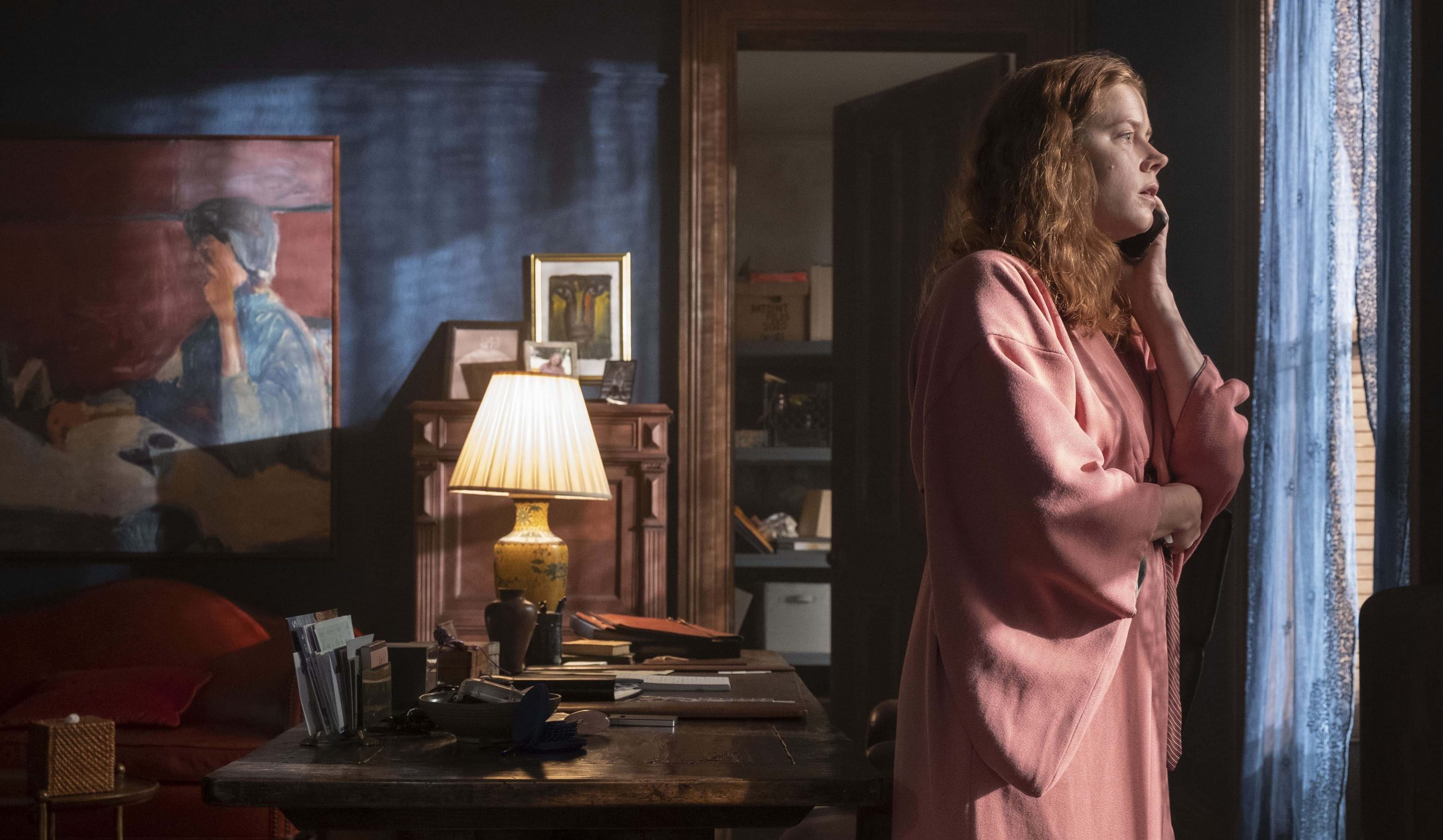 The Woman in the Window 2021 Movie Review

When The Woman in the Window first began its long journey to the screen, no one could have foreseen how relatable parts of its wild tale would be.

After all, the mystery-thriller, which is based on the 2018 A.J. Finn novel of the same name, centers on Dr. Anna Fox, a woman of increasingly dubious reliability who cannot leave the confines of her house. In her case, it’s not a pandemic keeping her at home, though — she’s agoraphobic. But the parallels of having a protagonist stuck inside day in and day out provided a new resonance for Golden Globe-nominated director Joe Wright, who tells EW that the challenge of such a story appealed to him.

“I liked the idea of the kind of minimalist constraints of making a film that is completely set in one house,” he says, citing Robert Bresson’s A Man Escaped as an example that inspired him. In the film, as in the book, Anna (played by Amy Adams) occupies herself by drinking and watching her neighbors, the Russells. She starts to befriend one of them, Jane (Julianne Moore), but one night she witnesses Jane being stabbed and calls the police. Things get infinitely more complicated when a detective comes over with Jane’s husband (Gary Oldman), who claims nothing happened, and to top it off, a different woman (Jennifer Jason Leigh) also shows up claiming to be Jane.

Wright, who’s known for other literary adaptations such as Pride and Prejudice and Atonement, says he’s always wanted to do a thriller and explains that this push-pull of perceived reality versus the truth intrigued him. “I’m also interested in, and always have been, in the blurring between subjective and objective reality, truth and lies, and the lies we tell ourselves and how we create our own reality,” he says.

Ultimately though, it was the script that really lured Wright. “I didn’t know the book prior to reading the script. And I was thrilled and excited and I wanted to know what happened next,” the director says of Tracy Letts’ screenplay, which he calls a “fairly faithful adaptation” of the source material.

That relatively straightforward adaptation didn’t come without its challenges, however. The film was one of the 20th Century Fox titles in limbo after Disney’s purchase of the studio. Then it was pushed from a 2019 to 2020 theatrical release after a series of test screenings revealed that some audiences found the complicated plot to be too confusing. Reshoots were ordered and completed, and then the film’s release was pulled from 2020, like so many others, on account of the pandemic. Netflix eventually bought the film from Disney in August of last year.

“Oh my God,” Wright says simply when the subject of Woman in the Window‘s arduous journey comes up. “There were some plot points that people found a bit confusing — I would say possibly too opaque maybe,” he concedes of the initial test screenings that led to the much-discussed reshoots. “So we had to go back and clarify certain points, but I think also we tried to make sure we didn’t oversimplify anything and make things too clear. There’s an enjoyment in not knowing what’s going on, but at the same time, you have to give the audience something to hold on to — you have to lead them through the labyrinth of mystery and fear.”

Now, the English filmmaker says he is just finally ready for the world to see the end result. “I’m very interested to see how people respond to the film and I can’t wait for its release,” he says, adding, “What I hope people will take away from this is a sense that our own fears can incarcerate us. And this is a story about a woman who manages to overcome her own fears, and leave them behind her.”

The Woman in the Window, which also stars Letts, Brian Tyree Henry, Wyatt Russell, Fred Hechinger, and Anthony Mackie, will stream on Netflix in the first half of the year.

The Woman in the Window 2021 Movie Review