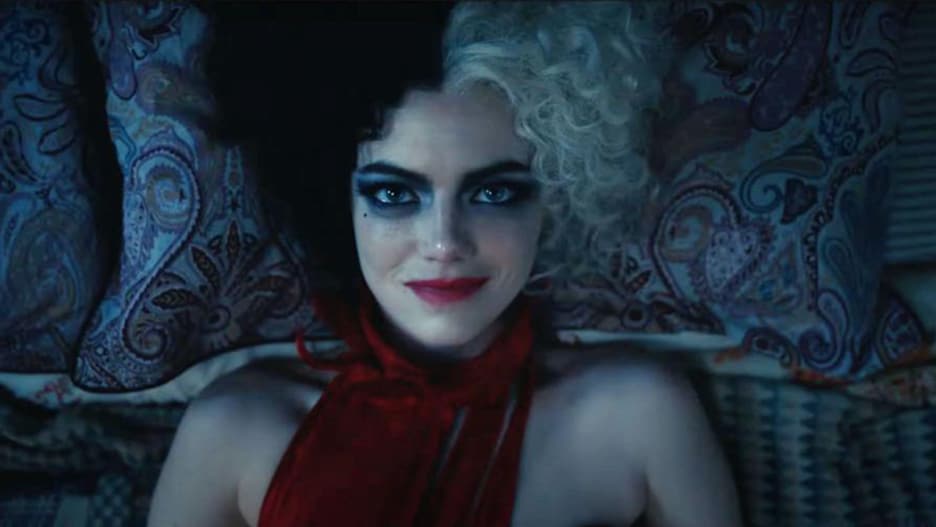 Cruella follows a teenage drifter named Estella (Emma Stone), a brilliant and imaginative girl determined to make a name for herself with her creations, set in 1970s London during the punk rock movement. She befriends a pair of young thieves who share her penchant for mischief, and the three of them manage to make a living on the streets of London. The Baroness von Hellman (Emma Thompson), a beauty legend who is devastatingly trendy and terrifyingly Haute, notices Estella’s flair for fashion one day. Their friendship, however, sets in motion a chain of events and discoveries that will lead Estella to accept her dark side and transform into the raucous, trendy, and revenge-driven Cruella.

Early reviews for Craig Gillespie’s flamboyant take on the origin story of legendary Disney villain Cruella de Vil have been positive, and the film seems to be a winner. Emma Stone has been lauded for her evil take on the villainous character from “101 Dalmatians.” Emma Thompson is now being lauded for her performance as Baroness von Hellman, the head of a posh fashion house and a famed haute couture legend. Have a look at the first responses in the video below.

“In 1970s London, young fashion designer Estella de Vil becomes obsessed with dogs’ skins, especially Dalmatians until she eventually becomes a ruthless and terrifying legend known as Cruella.” according to the Disney synopsis. Gillespie, like many other independent filmmakers, parlayed his breakthrough into a Disney tentpole directing gig. The filmmaker previously collaborated with Disney on two films: “The Finest Hours” and “Million Dollar Arm,” none of which was a box office hit.

Joel Fry, Paul Walter Hauser (reuniting with Gillespie after “I, Tonya”), Emily Beecham, and Mark Strong round out the cast. Tony McNamara, Stone’s Oscar-nominated screenwriter for “The Favourite,” co-wrote the “Cruella” screenplay with Dana Fox, based on a plot by “Crazy Ex-Girlfriend” showrunner Aline Brosh McKenna, “Fifty Shades of Grey” and “Venom” screenwriter Kelly Marcel, and “Togetherness” actor Steve Zissis. Glenn Close, who portrayed Cruella de Vil in the Disney live-action version of “One Hundred and One Dalmatians” in 1996, is an executive producer on “Cruella.”

On May 28, 2021, in the United States, “Cruella” will be released theatrically and concurrently available on Disney+ with premier access.

“It’s hard to call someone a bad ’un completely when you see them from the very beginning,” says Emma Stone about Cruella.

The Oscar winner will play the infamous fashionista in Disney’s forthcoming live-action Cruella De Vil origins story, which has already gotten a lot of buzz on social media. When the first trailer was posted, comparisons to another recent award-winning, male-led film – Joker – were made immediately.

“It’s very different from Joker in many ways,” says Stone while speaking with Total Film for the new issue. Although there are obvious distinctions between the two films, Stone sees how thematic lines might be drawn between them. “I would never even remotely compare myself to Joaquin Phoenix,” she continues. “I wish I was more like him.”