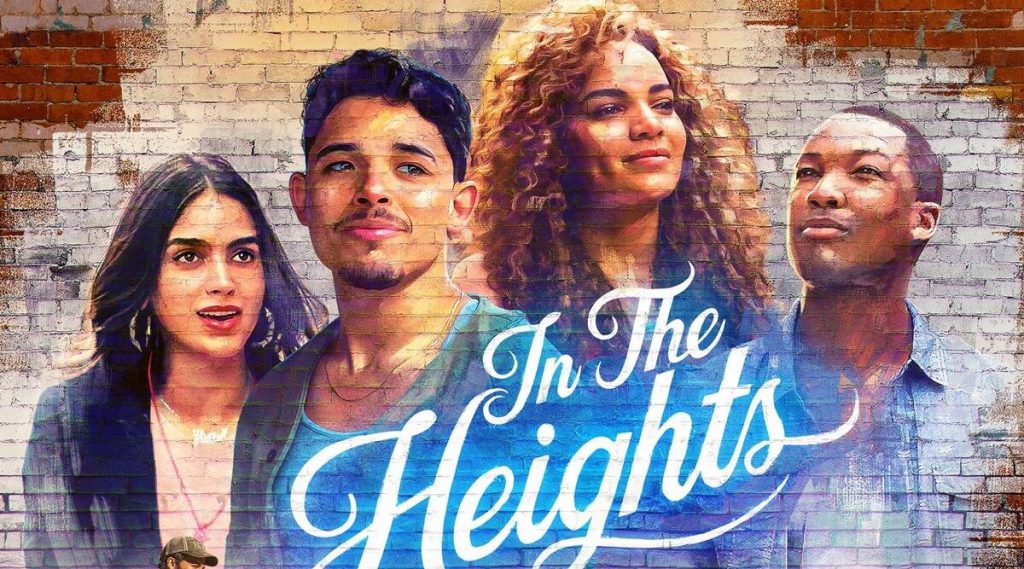 In the Heights 2021 Movie Review

Movies don’t generally ask for much beyond your eyeballs and your attention span. But to truly fall into a musical sometimes you have to crack your heart open a little bit, just to let all that song and dance and bright-eyed sincerity in; cynicism doesn’t leave a lot of room for jazz hands. And there may not be a bigger cardiac rush this year than In The Heights, the Tony-winning 2008 theatrical smash perhaps best known until now as the second most important thing Lin-Manuel Miranda is famous for.

Like his now-canonized Hamilton, Heights (in theaters June 11) is steeped in the joyful multiculturalism and dense syncopated wordplay that has become his signature; unlike it, the film version is both a faithful staging and a full-blown screen extravaganza of its own design. That’s due at least in part to director Jon M. Chu (Crazy Rich Asians), who sets his gorgeous young cast loose in a New York City where dazzling bits of magical realism — a gravity-defying waltz up the side of a building, a Bollywood-meet-Busby-Berkeley sequence at a municipal pool — live alongside the starker realities of life in the predominately Latinx Washington Heights.

It’s also home to Usnavi (an extraordinary Anthony Ramos), who has spent years running the bodega his late parents left behind, even as he dreams of returning to the Dominican Republic he only knew as a child. Until then he has his childhood friends Benny (Straight Outta Compton‘s Corey Hawkins) and Nina (Leslie Grace); Sonny (Gregory Diaz IV), the Gumby-limbed teenage employee he protects like a father and heckles like a baby brother; and the teasing promise of romance with a local beauty named Vanessa (Vida‘s Melissa Barrera).

They’ve got dreams of their own, far beyond the traffic dispatch or nail-salon jobs that just barely pay the bills, and Heights sets those hopes to music in ways that make their everyday subjects soar. Where else would a kaleidoscopic showstopper rest on a retired housecleaner, as “Paciencia Y Fe” does with Olga Merediz’s Abuela Claudia? She’s one of several veterans, including Jimmy Smits and Daphne Rubin-Vega, who color the vivid corners of the story. (Miranda, too, finds his niche in a winking appearance as the proprietor of a shaved-ice cart and impassioned nemesis of Mister Softee, a.k.a. “Piragua Guy.”)

Screenwriter Quiara Alegría Hudes, who also wrote the original stage book, finds ways to update the script for 2021 in ways that feel necessary without being invasive: an affecting side plot about DACA; resonant new anecdotes for Grace’s Nina, a Stanford student dismayed to discover just how little the Ivy League is able to see beyond her brown skin. For all its rich tapestry and radiant ingenues, it’s that casual centering of so many marginalized voices that makes the movie feel, in its own way, revolutionary: a Technicolor marvel as heady as Old Hollywood, and as modern as this moment.