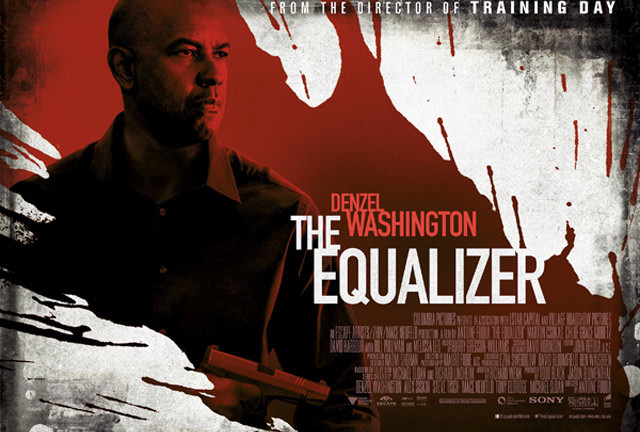 As action movies are quite in vogue lately, director Antoine Fuqua remakes the 80s TV series with the same-name. If you are a fan of action and thriller, then The Equalizer is a good pick for you. Denzel Washington plays the role of an action hero. The action in the film seems to be average. Denzel portrays a good man who kills a lot of bad guys but only to help people around him. The action in the film may seem too violent and at times barbaric to people who are sensitive to such scenes. But if you are the one to clap over a corkscrew lodged in a bloody neck then you will surely enjoy this film.

The film plot is simple a middle-aged mysterious man decides to let his past life rest behind and move ahead with a thought of creating a new and better life. Little does he know, his plan is not going to be a success anytime soon when he bumps into a young prostitute played by Chloë Grace Moretz. Moretz is manhandled by dangerous Russian mobsters. Denzel decides to help the teen in any way he can to ensure her safety. He sort of becomes the guardian angel of the girl and protects her from any trouble.

The film seems to get a little slow in some parts but Denzel’s charm keeps you hooked till the end. The rest of the film cast also manages to hold the audience’s attention with their own screen presence. The duo Denzel and Chloë have an interesting bond of two people stuck in the world of bad guys, prostitution and crime. The Equalizer explores the dark side of Russian underworld.

The director has made Denzel look like a human being with supernatural skills as he beats thug after thug which honestly, seems to be a little fake. There should have been at least some scenes where we can witness the hero being vulnerable too. Nevertheless, the film shows the life journey of a man with a past who decides to fight injustice, exploitation and help by fighting away the bad guys with some brutal action.

Washington does not disappoint. He is mysterious and sells you the character of a cold-bloodied Samaritan. He does not seem crazy. He just seems right. And someone who is only there to fight for what is right and moral. And he will go beyond boundaries to fight injustice and help the helpless people.

The cinematography of the action scenes is pretty impressive and graphic. For the action buffs it is just the perfect film to watch the weekend.

According to ABC Entertainment, sometimes the film seems stretched and boring but the climax balances it all. Overall we give it a thumbs up.