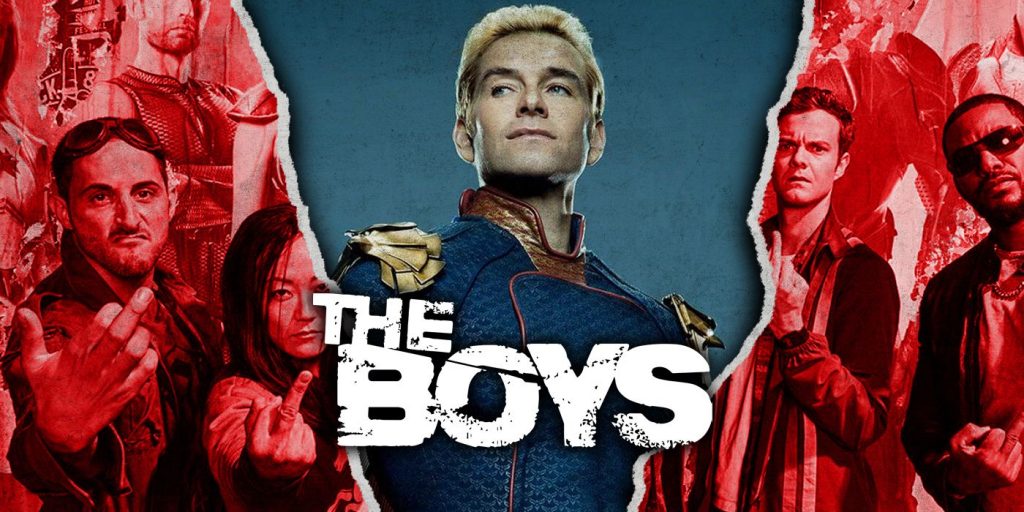 The Boys season 3 does what the show does best — including gross-out gore, foul-mouthed jokes, and heavy-handed social commentary — but this latest batch of episodes seems to prefer shock over substance. Returning with eight brand new episodes (all of which were released to critics), The Boys delivers an uneven season that pales in comparison to the tightly wound narrative of season 2. It still has much to offer in the way of commentary on the superhero genre and it’s that commentary that remains worthwhile, especially considering the near dominance of the Marvel Cinematic Universe and the superhero genre as a whole. Ultimately, though, The Boys season 3 falters when it comes to narrative propulsion and nuanced social commentary, but still delivers a fun set of episodes that take the show to interesting new places.

The Boys season 3 picks up roughly a year after season 2’s events that left Homelander (Antony Starr) even more unhinged, Hughie (Jack Quaid) working for secret Supe/congresswoman Victoria Neuman (Claudia Doumit), and the titular boys partially disbanded. Surprisingly, not much has changed. Butcher (Karl Urban) is still hunting down Supes and Hughie still believes he can take down Vought via legal and virtuous means. Of course, that’s not exactly the case and soon enough all the Boys are brought together again as Homelander becomes increasingly maniacal and a surprising new face steps onto the scene.

In the lead-up to The Boys season 3, those involved with the show have touted the next batch of episodes as the craziest yet. Jensen Ackles (who makes his highly-anticipated debut as Soldier Boy, this universe’s riff on Captain America) has discussed his refusal to do a certain scene. Showrunner and creator Eric Kripke promised boundary-pushing gore and shock. The long-awaited “Herogasm” episode has been said to push the limits of what can be put on television (even on a streamer without restrictions like Prime Video). By all accounts, none of them were wrong. The Boys season 3 is as crazed as promised. Some of it is even fun, but the show also delivers much of the same without really digging deeper into the things that made season 2 so strong.

The first three episodes of The Boys season 3 (all of which debut on June 3) find the characters a bit scattered and this translates to the lack of narrative cohesion in the first few episodes. Delaying the introduction of Soldier Boy does the early episodes no favors. Once Ackles makes his debut, though, The Boys really picks up steam and delivers on some of the more interesting promises set up in the first three episodes. Despite this, though, season 3 seems to have a villain problem. Starr delivers another excellent and terrifying performance as Homelander, but he can’t get much more evil than he already is, making his character feel a bit stagnant while the other characters around him continuously play catch-up.

One interesting facet of The Boys season 3 is Butcher getting powers using Compound V. The question of how far he will go (and how compromised he will allow himself to become) is a through-line of the season and one that actually feels like it rings true to the current moment. It also allows Butcher to “level the playing field,” something his fellow teammates aren’t particularly happy with. This plot examines and progresses the moral quandary at the show’s center while allowing for moments of pure fun that make sense within the context of the show. Butcher slicing a Supe in half (and finding himself shocked at having done so) feels more in line with the show’s ethos than a number of violent moments that feel shoehorned in for the sake of shock value.

The interesting dissection of this ethical conundrum unfortunately doesn’t translate to much of The Boys season 3’s attempts at political and social commentary. When season 2 was released, much of what it had to say about the media, fake news, and megalomaniacs resonated because it was nuanced and eerily prescient. In The Boys season 3, however, mentions of fake news, parallels to the Trump era, and other moments that aim to dissect race, gender, and power dynamics feel heavy-handed at best and flat out lazy at worst. Some moments shine (albeit briefly) and illuminate very real problems, but most just scratch the surface when it comes to taking a look at heady subjects that dominate much of the cultural conversation. The Boys excels, though, when it skewers popular culture and the media, including one standout moment that parodies the “Imagine” video that celebrities created at the onset of the pandemic. But this isn’t enough to offset some of the more clumsy attempts at speaking to real-world issues.

Still, The Boys season 3 has many elements of what made the first two seasons work so well and they really begin to show with episode 4. The Boys has always been a show about superheroes — rather, people with superpowers. When taking a look at just how ridiculous these people are in the larger context of the world that Kripke and co. have built, The Boys season 3 is often hilarious, poignant, and even a little bit heartbreaking. Despite losing its way at some point during its third season, The Boys finds its footing with a thrilling finale that brings all of the disparate plot elements to a head, even if its conclusion is likely to be divisive.

While The Boys season 3 takes some time to get going, it’s ultimately a fun ride. It delivers much of what audiences have come to expect of a show like this, which isn’t necessarily a bad thing. Of course, the third season of any show will face its hiccups and The Boys season 3 poses the question as to how the series will keep existing without spinning its wheels. Luckily, when The Boys season 3 does spin its wheels, it at least delivers humor, a little bit of heart, and a lot of action. At this turning point, though, and as the show continues heading towards some sort of endgame, The Boys needs to find a reason to exist beyond the shock of it all.