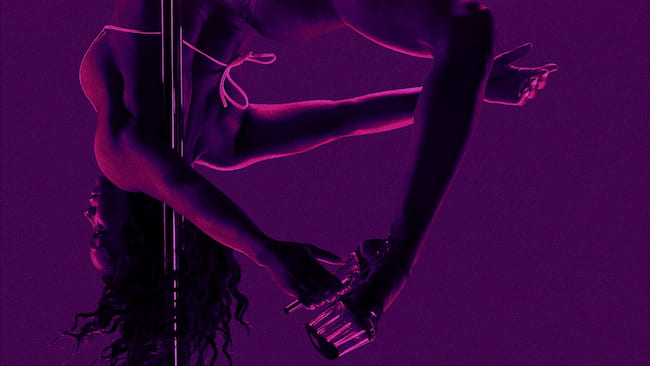 P-Valley is an unrelenting sensory experience, from the neon-soaked visuals dominated by gyrating, muscular bodies to the pounding bass of its soundtrack to the humid miasma of the central overcrowded juke joint to hypothetically tantalizing weed wings at The Pynk. The show is pungent and rooted firmly in the economic realities shared by its characters and by the city of Chucalissa. Through the first half of the 10-episode second season, on top of its various storytelling pleasures, P-Valley proves a more-than-capable vehicle through which to process a complicated moment in history.

The new season picks up several months after the high-stakes events of “Murda Night” at The Pynk, a finale in which guns were pulled, lives ended and truths revealed. Not much time has passed, but it’s long enough for there to be major changes afoot.

After paying cash to purchase The Pynk in the finale, Hailey (Elarica Johnson) and Uncle Clifford (Nicco Annan) have had to pivot their business into a lockdown-acceptable drive-thru in which the lure of bumping-and-grinding, car-washing and free wings has helped to keep some dancers and other employees on the payroll. Mercedes (Brandee Evans), who can’t escape The Pynk no matter how hard she tries, remains the major draw at the new business, while waiting to be able to open her gym at what has become a ghost town of a strip mall.

Some characters are struggling with the new reality, including commercial investor Andre (Parker Sawyers), who looked like the big loser when Hailey outbid the casino for The Pynk, but returns to Chucalissa after a local tragedy.

Some characters are actually thriving, including Mercedes’ mother Patrice (the dynamite Harriet D. Foy), whose makeshift church has become a community hub, giving out boxes of food and inspirational CDs.

Somewhere in-between are Keyshawn (Shannon Thornton), who has built up a product brand and online following, but remains tethered to abusive boyfriend Derrick (Jordan M. Cox); and Lil Murda (J. Alphonse Nicholson), whose rap career is blowing up even as he laments blowing things with Uncle Clifford.

Everything about P-Valley is expanding in its second season. There are more episodes (10, up from eight), more characters and more locations. At the same time, the borders of Chucalissa are spreading as well, as Hall and the series directors are building out this city on the edge of economic ruin, accentuating both the cost of the pandemic and the opportunity for salvation, however illusory, that a casino might offer.

The world-building, continuing to position Chucalissa as a more modern, more inclusive answer to William Faulkner’s Yoknapatawpha County, is an effective cover for a season that maybe has less of a singular dramatic throughline than the first.

It wasn’t always easy to follow what was happening with Hailey, her wire fraud and her traumatic connections to a devastating hurricane, but the mystery carried the first season. This time around, there are many things afoot, some as matter-of-fact as an upcoming election with several key ballot initiatives and some as intriguingly outlandish — any show with a main character as lovably larger-than-life as Uncle Clifford is entitled to some outlandishness — as a detour into the pure supernatural that underlines P-Valley‘s embrace of the profane and sacred.

The show’s heightened sense of reality is also underlined in the format-breaking fifth episode, delving into Keyshawn’s backstory and bringing the series’ normal fairy-tale subtext to the surface as laudable experimentation, if not a complete success.

There are clearly payoffs coming in the escalating tensions with Uncle Clifford and Hailey over control of The Pynk. There are obviously shady things coming with new dancers Whisper (Psalms Salazar), Roulette (Gail Bean) and Big Bone (Miracle Watts). Plus, you have Zoey’s Extraordinary Playlist veteran John Clarence Stewart offering very un-Zoey menace as an ex-con named Big Teak. Maybe some of those stories will become more propulsive as the season nears its end.

It’s the real world that provides the most drama and so much of what’s interesting about the season so far comes from watching these colorfully defined characters responding to COVID in their individual ways. Of course, Uncle Clifford is going to find a way to incorporate fabulous masks into his ensemble, much to the chagrin of his skeptical grandmother (Loretta Devine, as always offering maximum value regardless of screen time).

It’s notable to see the roles literal masks play in an environment in which each character was previously introduced in metaphorical masks, adding layers to the core conceit of people concealing their identities and their secrets in a business in which exposing everything is the job. Hall is able to find tragedy and comedy alike in the darkest moments of the pandemic, transitioning to the exclusively somber when it comes to the summer of protests about racial injustice and police brutality.

If topicality isn’t a draw for you, P-Valley continues to boast a soundtrack of wall-to-wall bangers and an atmosphere of sweltering saturation so pervasive the show could premiere in December and make air-conditioning necessary.

The dancing continues to be far more astonishingly athletic than exploitative, using actual sensuality as a spice rather than the main course. The ensemble is so deep and so well-served by Hall’s profane verbal sparring that it didn’t even particularly bother me that most of the episodes sent to critics couldn’t be contained by a standard hour-long running time. Hall’s characters always have things to say and these episodes find the writer with lots to say and lots to address — the series continues to say those things with a dexterous, stinging, thickly accented voice all its own.