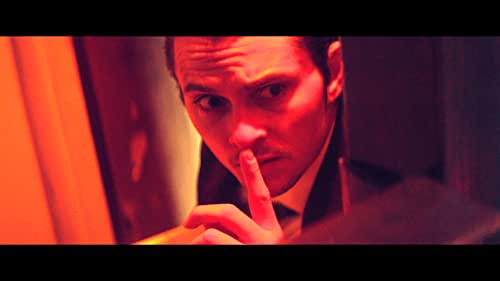 Screen Media has acquired North American rights to “The Birthday Cake,” a mob crime drama that boasts a murderer’s row of talent.

Here’s the official logline: “‘The Birthday Cake’ takes place on one fateful evening in the life of Gio (Fernandez), the son of a murdered mobster and the nephew of Brooklyn mob boss, Angelo (Kilmer). On the 10th anniversary of his father’s mysterious death, Gio carries on the family tradition of bringing a cake his mother (Bracco) baked to this uncle’s house for a celebration. Just two hours into the night, Gio’s life is forever changed as he begins to piece together what really happened to his father and ultimately comes face to face with the type of violence he has managed to avoid his whole life.”

“We all grew up loving New York mob movies,” said Giannopoulos. “It had been a while since anyone had made one, so we decided to explore the mob today. Where they currently stand. Dealing with gentrification, weakening power, rival gangs, the realities of the Feds knocking them off. But we wanted to combine their traditional world with modern day Brooklyn. A very different world from their glory days. We experience the ride all through the eyes of the son of a gangster who has avoided their world his entire life. But his past comes back to haunt him, and we join him for a night of chaos.”

Screen Media, which is owned by Chicken Soup for the Soul Entertainment, recently scored a hit with Rod Laurie’s “The Outpost,” a critically lauded war film that was released in 2020. In a statement, the company described “The Birthday Cake” as “one tasty treat” and “a love letter to the great mob movies of the past” that also boasts a modern twist.

The deal was negotiated by Seth Needle, Screen’s SVP of global acquisitions and co-productions, with Endeavor Content representing the filmmakers.