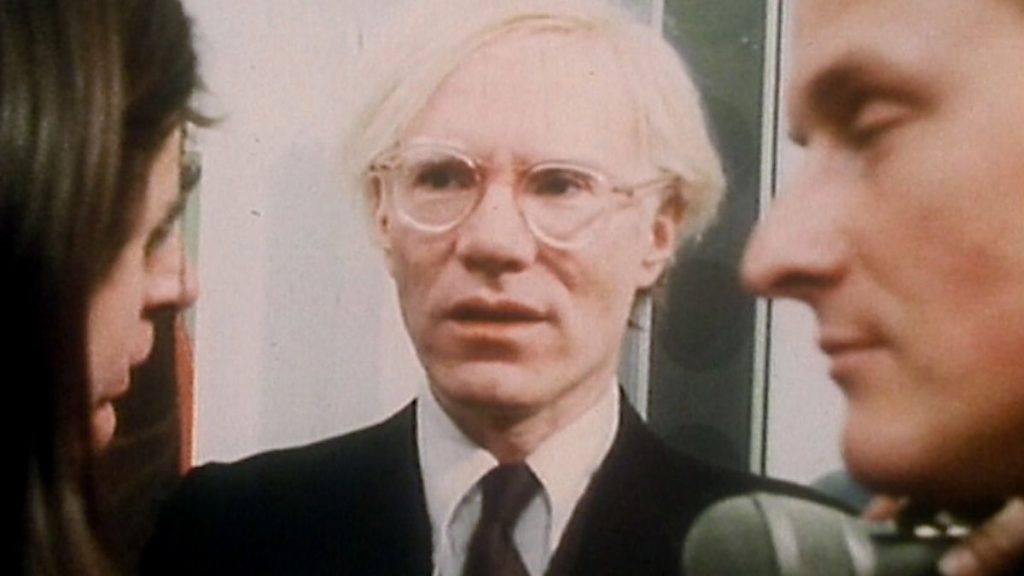 In the new documentary series “The Andy Warhol Diaries,” the late pop artist’s re-created voice sounds eerie and uncanny — human but not. It’s aesthetically jarring, and a fitting tribute.

Director Andrew Rossi, with the permission of Warhol’s estate, used an artificial-intelligence program to reproduce his speaking voice, so that “Warhol” can read aloud from the diaries he kept. The result is a flat, almost robotic recapitulation of observations and events, narrating a vivid stream of footage from his life and career without emotion or intonation. “The Andy Warhol Diaries,” executive produced by Ryan Murphy, builds, over six well-structured episodes, a sense of its subject as intelligent, but alienated from his feelings and even from his own talent.

Warhol reigned in a 1970s and ’80s milieu in which all kinds of personalities rubbed up against each other and the divisions between high and low culture were collapsing. His celebrity portraits and his Interview magazine both anticipated and pushed along this shift — one that also was being accelerated by the omnipresence of television and by the Hollywood star who moved into the White House in 1981. (In one compelling vignette, Warhol meets Nancy Reagan in Washington.)

But as he surfed the waves of a changing society, Warhol was subject, too, to its prejudices and its tragedies: His rivalry with rising Black superstar Jean-Michel Basquiat, for instance, rippled with racial and generational tensions to which Warhol was blind. And his romantic relationships with men were stunted by secrecy. Even in his diary, he wrote about longtime love Jon Gould, a Paramount executive, in cryptic and coded ways. Gould eventually died of what appeared to be AIDS, though he denied it to the end. By the time of his death, we have come to know this figure intimately, and to understand why his loss may have pushed Warhol deeper into nihilism.

Our image of the artist is that of self-contained genius — a hermit in his Factory, redefining the concept of stardom from a chilly remove. The achievement of “The Andy Warhol Diaries” is to clarify him through his relationships: to Gould and another romantic partner, to Basquiat and to his collaborators. The docu-series is at its best when relying on the testimony of those who knew and worked with Warhol — among them Pat Hackett, who edited his discursive journals, and Bob Colacello, a key contributor at Interview. They’re admirably willing to move past simple nostalgia and to address the complications within the man they knew.

“The Andy Warhol Diaries” has a running time that may limit its audience to die-hards, and it can get vague — testimonies from the likes of Rob Lowe and Mariel Hemingway about how Warhol shifted culture can seem extraneous. In the main, though, the series both summons Warhol’s affectless voice and insists on finding the intellect and emotion behind the coolly evaluating gaze.