Taylor Tomlinson: Look at You 2022 Movie Review
Skip to content 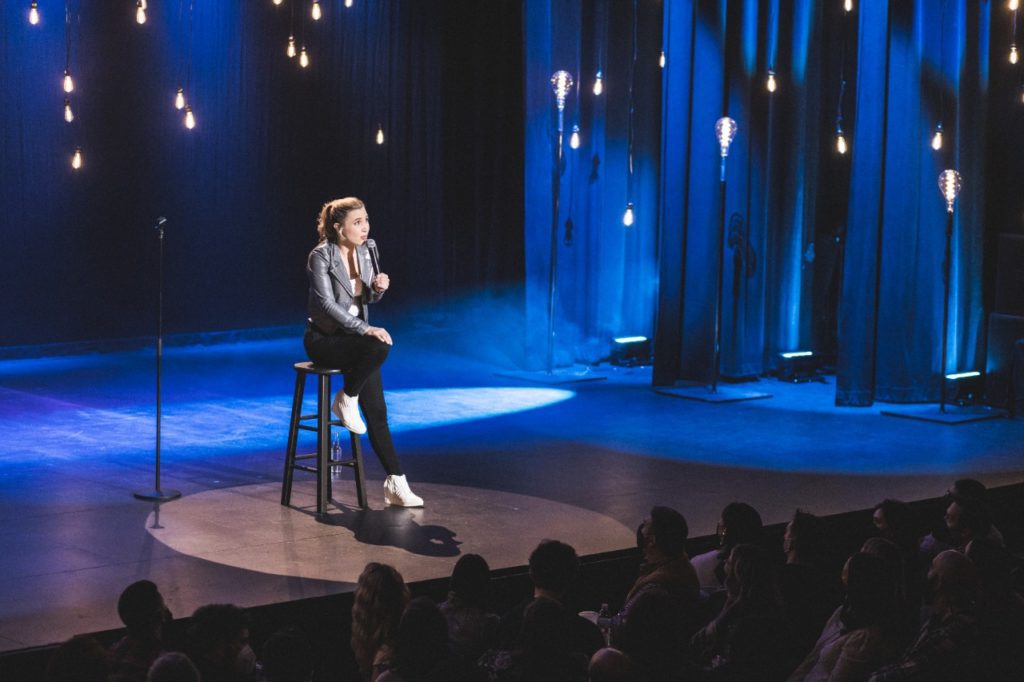 Taylor Tomlinson filmed her second Netflix hour in December just before the Omicron variant forced her to start cancelling tour dates again over the winter. But aside from an indirect reference to the pandemic in her opening jokes, you won’t find much here in the way of pandemic jokes. Because she already had enough anxiety to joke about, and that’s not going away for any of us anytime soon.

Tomlinson released her first solo stand-up special with Netflix two years ago this week, and if she thought she was going through a Quarter-Life Crisis then, how would a pandemic lockdown immediately following her special impact her well-being?! Judging just by her opening joke, in which she tries mushrooms after first cutting her hair into bangs, maybe not so much of an actual crisis. But Tomlinson digs a bit deeper under the surface to describe her true mental-health journey, and how therapy and prescribed medication has changed her outlook on her career and her relationships.

Tomlinson jokes that she questioned whether she should joke about her mental health, ultimately brushing the worry aside because, heck, she needed new material.

In a way, it’s further extending her bit about needing therapy, medication, or even “arm floaties.” Don’t worry about whether anyone will judge you for seeking help, because as she says of those people, “they don’t care if you live or die.”

Ultimately, Tomlinson realizes how losing her mother to cancer affected her childhood as well as her early ambitions, which led her out of religion and into comedy and TV credits since she was 20. Because Taylor thought she might die young, too, she rushed everything, even her early relationships. At one point, she asks another rhetorical: “Do you think I’d be this successful at my age if I had a live mom?” Tomlinson answers: “She’s in Heaven. I’m on Netflix. It all worked out!” Pause. “This is a real thing I said in therapy.”

She can joke about all of it now, and to great effect. But just in case her bits about getting hung up on by a suicide hotline strike too much of a nerve.