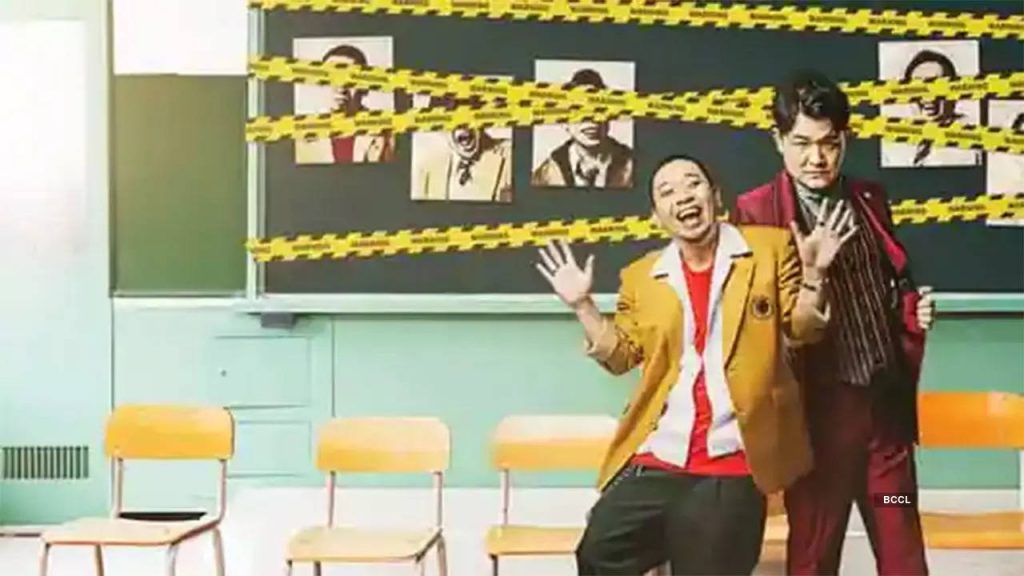 ‘Last One Standing’ is a reality drama series from Netflix Japan and combines mystery and comedy in a concept that has not been witnessed before. 24 comedians engage in talk with each other and are expected to survive an unscripted act and create laughter too.

Last One Standing’ is a unique show and one of its kind. This reality drama combines two genres – mystery and comedy – and then completely turns around the plot. This series is a congregation of comedians who try to pull a thriller in the form of short dramas. Spread over eight episodes, this show begins when the host lays down the concept and ‘rules of engagement’. Then comedians, who have been roped in for the show, share real-life stories in the form of small dramas, and then they are expected to land the right jokes at the right time. If the joke is missed, they are ‘greeted’ with an elimination.

The episodes cover topics that range from ‘cop drama’ to ‘bomb diffusion’ to ‘passionate declaration’ and are interspersed with gags. In the series, the two hosts (or the commentators) and audiences remain the viewers. The show boasts of a cast that includes – Diago, Gekidan Hitori, Kendo Kobayashi – all known comic performers and they also uplift the momentum of the show with their skills.

Now this series is such a unique concept that it will take some time for Indian viewers to just get acclimatised with the pattern. The constant onslaught of Japanese text on the screen and the speed of the contestant’s conversation might prove to be a dampener but if you are able to get past these hiccups, from episode two onwards this show becomes smooth sailing and you start enjoying the concept.

‘Last One Standing’ combines suspenseful elements with light-hearted humour, making it an entertaining watch for everyone and it surely gives fodder for Indian TV and streaming platforms to adopt the show in an Indian milieu. As most of the things in the reality show are Japan-specific, there is every possibility that the subtitles might fail you some time. The entire show is over the top but it does elicit laughter.