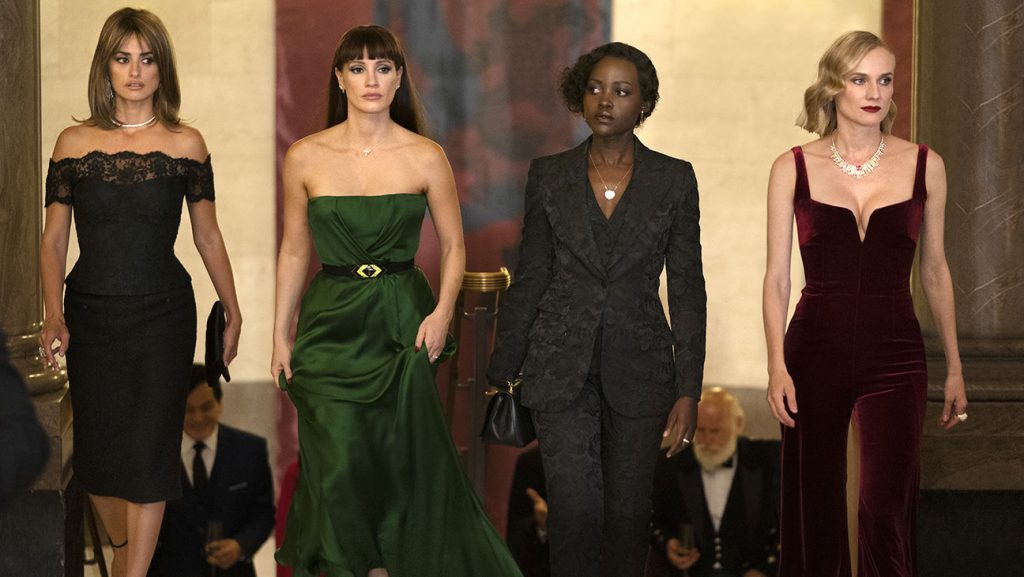 “The 355” is the cinematic equivalent of Hydrox. It’s a bland and generic retread of something that’s well-liked, if not beloved, something that feels vaguely like the real thing. Early January releases are usually a sign of concern, but perhaps the best possible news about “The 355” is that it’s not terrible — it’s far too indistinct to be that aggressively bad. Instead, this has the general feeling of being a movie without actually being a particularly memorable one.

First-Friday-of-the-year release strategy aside, it’s more than a little disappointing that “The 355” winds up being so remarkably basic and straightforward if only because of the very impressive cast toplining the story. Jessica Chastain stars as Mason, nicknamed Mace, a tough-as-nails American agent who rarely plays by the rules, but gets the job done, etc., etc. You might think it would be a cliché to say that Mace is good at everything but following orders, and no worries — that’s not how someone describes her. That’s how someone describes another government agent in the film, Marie (Diane Kruger), a tough-as-nails German agent who also rarely plays by the rules, but gets the job done, etc., etc. Mace and Marie, who start out as rivals trying to get to the bottom of a deadly technological weapon that can incapacitate the world, team up along with Khadijah (Lupita Nyong’o), an ex-MI6 agent, and Graciela (Penelope Cruz), a Colombian specialist, to stop this weapon from being unleashed on the world.

That quartet of leading ladies is stacked simply in terms of acting talent, which is what makes “The 355” all the more frustrating. It’s not just that Chastain, Cruz, Nyong’o, and Kruger are all capable of better material, but that as they go through the motions of the creaky script (by Theresa Rebeck and director Simon Kinberg), the four actresses clearly know they’re capable of better material. The apparent impetus for “The 355” was to make a female-driven spy film in the vein of the “James Bond” or “Mission: Impossible” franchises, a reasonable aim that ends up falling short because this script as well as the shakily filmed and edited action sequences don’t highlight these actresses’ talents.

It doesn’t help that “The 355” has a story with twists that are far too easy to guess too early on. This story isn’t designed to make you puzzle out some surprises, to be clear. But for the stacked cast on the side of the good guys, you can naturally wonder who might be behind the destabilizing weapon that the good guys are trying to stop. Without giving too much away, it’s only worth noting that “The 355,” inadvertently or otherwise, winds up copying a villainous character arc from the “Mission: Impossible” series in such a way that you’d have to be flat-out ignoring the first third of this film to land upon the identity of the true bad guy, revealed in the final third.

Of course, some of the best spy-focused franchises are far less about their stories than they are about the action sequences lining those stories. While Kinberg, fresh off the truly execrable X-Men film “Dark Phoenix,” does include a handful of shoot-outs and fight sequences, he’s either unwilling or uninterested in staging sequences that are tense or thrilling. Instead of feeling very much like recent “Mission: Impossible” or “James Bond” films, where the action sequences are both carefully crafted and patiently filmed, “The 355” has a harried pace, and a good chunk of the fights are filmed with what appears to be a fish-eye lens. All this does is add a woozy layer to scenes that are already a bit too hard to follow spatially.

Among the leads, none of the actors either shine notably or drag the affair down. Primarily, it’s just frustrating to see such good actresses trying to elevate material that doesn’t do them any favors by being so nondescript. Of note, perhaps, is Nyong’o, who of course has charming chemistry with Chastain and the others (in part because Lupita Nyong’o would have charming chemistry with just about any actor or actress). This is her first major role since her shattering performance in Jordan Peele’s “Us” three years ago, and while the opportunity to work alongside other great performers was likely a lure, it’s disappointing that she hasn’t leapt to another great piece of acting just yet.

The same, though, could be said of all the performers in “The 355.” This is as standard, direct, and dull as possible. As a start to the films of 2022, you could do worse. But that’s not exactly a great way to tout a movie, is it? “The 355” has had its release date delayed a couple times, understandably because of the pandemic. By now, with the rise of a new virus variant, it’s honestly baffling that Universal Pictures isn’t just living with the loss and sending this straight to streaming. This is the kind of movie you pay half your attention to on an airplane, the movie you glance at distractedly on cable on a weekend afternoon while you fold your laundry. “The 355” is too generic to be worth much more.