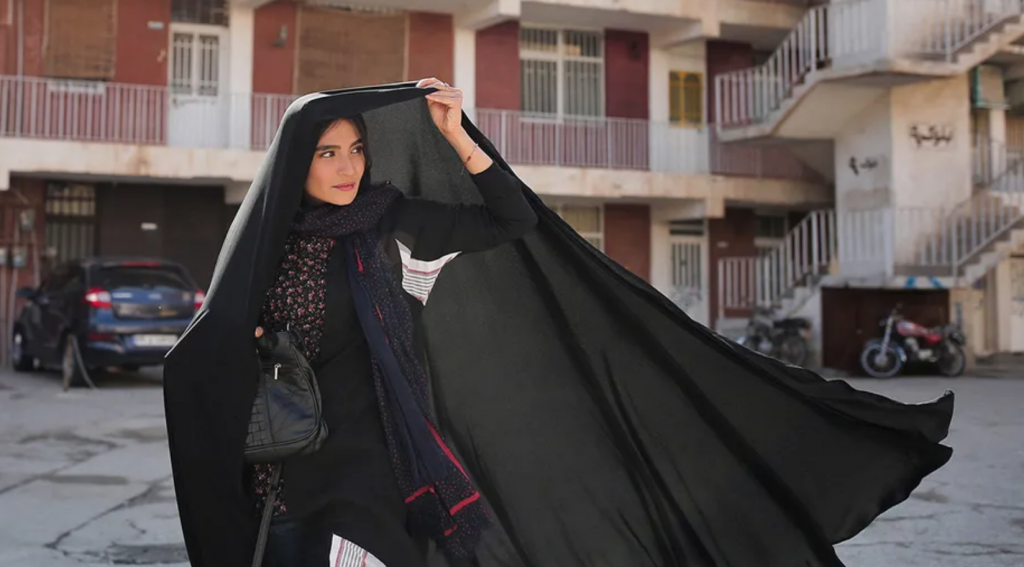 When we discuss on movies by Asghar Farahdi we do expect to see some character swings in the screenplay and this is not an exceptional movie in this respect. However, we encounter with a more experienced director which has now become more skilled in using this technique as the other aspects of the characters result in making these swings more believable. This is exactly what he lacked in previous movies of himself except some parts in A Separation andA Beautiful City.

This movie has it all; from romance to comedy; comedy to drama, drama to tragedy. The same with his previous movies, we see so many symbols available in the movie. The city of Pars, Shiraz may trigger the ancient Iranian culture of less lies and more love which has been surrounded by darkness of the social network and probably the current era difficulties which makes this movie a critical one while illustrating all we could have already heard in theory regarding bad impacts of social media on people lives. Farhadi is now capable of designing his path to the main message he has there in his mind.

He speaks frankly with less metaphors compared to his previous movies and we do understand what his challenges are with the morality issues existing not only in Shiraz, Iran but also in the today’s world. Characters in the movie are neither bad nor good; they are all humans and are free to challenge themselves with the lives’ difficulties. Farhadi wants to anecdote his story in a way that let us think how our decisions and somehow acts might be praised or criticized by the society; the same with all heroes since the very beginning of this world who had enemies and friends, people with and people against themselves at the same time.

I believe this has been one of the most geometrical original screenplays ever written. It would be wonderful not to see this among the final Oscars contenders; it has it all.

Farhadi also has another time convinced the cinema fans that he is a director to remember. I can not avoid mentioning the performance of Amir Jadidi among the best ones in 2021. His Shirazi accent, the way he talks to us through his eyes and the way he pictures what he has thoroughly understood from his role in the movie.

It would be hard to avoid Farhadi’s ability in directing his play and if you add the other cast performances including the newcomer Sahar Goldoust as Farkhonde and Mohsen Tanabandeh as the debtor, we see excellent performances by the cast thank to their own capability and a good way of directing by Farhadi. All the other aspects also prove my word as we can experience the exact timing for original score to play, the exact angles for the cameras and the exact colors for the scene which makes Farhadi’s performance a one to remember, a one to praise.

I believe this movie is one of the best movies in the world of cinema and I recommend this to be watched by anyone who would like to learn something through joy of cinema.It is obviously Farhadi’s best since A separation and is a certain contender for the Academy Awards this year.