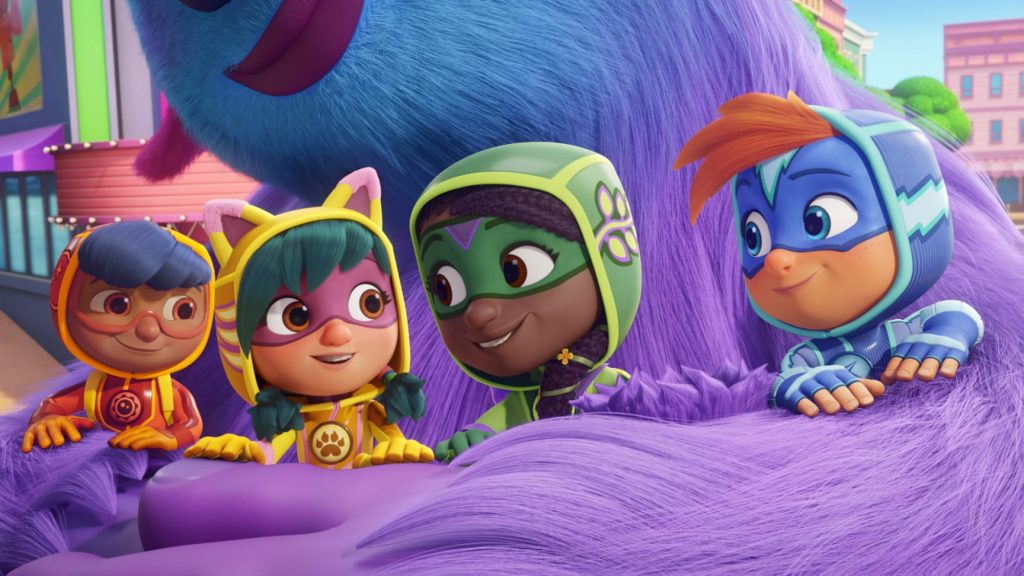 Netflix is doing an outstanding job with new releases for the new year. January alone has many new movies, shows, and seasons set to release. The streamer has some great original animated features and will be adding a new one, Action Pack, to the mix.

The streamer has 24 shows and movies geared towards kids coming this month. This will add to the already great list of choices, including The Mitchells vs. the Machines, Riverdance: The Animated Adventure, Back to the Outback, Wish Dragon, Vivo, and Sharkdog.

The newest animated series, Action Pack, was released on Jan. 4 and consists of 10 episodes with a run time of 25 minutes, but what is it about?

Superhero preschoolers, Treena, Watts, Wren and Clay, use their brains, hearts, and superpowers to battle the threats of Hope Springs. They use the lessons taught to them at Action Academy by Mr. Ernesto to find the good in everyone, even the bad guys.

Action Pack joins other new animated series that caters to the younger crowd who adore superheroes. This age group can’t always handle the brutal and mature content of superhero movies and shows meant for an older audience. With their incredible powers, colorful costumes, and great life lessons, this new superhero genre made for children is an excellent way to enjoy this type of show.

Each member of the squad processes a unique ability. Treena can manipulate flora, and Clay has stealth abilities and plasma power, while Watts controls energy and Wren is a shapeshifter who can change into many types of creatures.

The episodes include the pack dealing with escaped animals, museum robbers, a robot dog, and more as they battle the bad guys like Cold Snap and Dinah Rex.

The trailer below shows a lot of action and adventure that will keep the kids entertained. This along with the lessons makes it fun as well as helps build character in the viewers.Action Pack is a great series for the littles to enjoy awesome superhero content. Check it out now on Netflix.