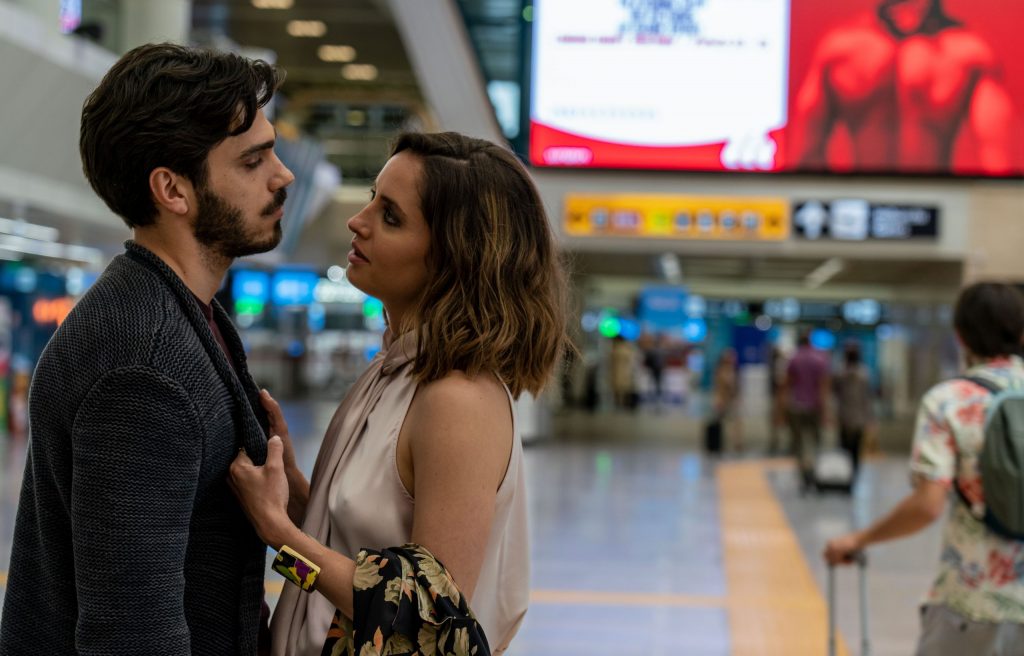 For Luca ( Flavio Furno ) the matter is very clear: there is no such thing as soulmate. The very idea that there should only be one person in life who makes you complete is absolutely ridiculous to him. And in order to prove this to the befriended couple who met them for dinner, he and his wife Sara ( Marta Gastini ) tell them a story. It was around two years after they invited four friends to join them: Daario ( Giuseppe Maggio ), Chiara ( Ilenia Pastorelli ), Matteo ( Matteo Martari ) and Guilia ( Matilde Gioli). Two men and two women make two perfect couples. Or is it not? It’s not that simple, as there are two versions of the story, in each of which the four lead to different constellations …

Christmas is just over and with it a whole flood of love comedies that Netflix always unpacks for the festival of love. They only have something to do with Christmas pro forma, just as little with true love. But the fans tune in regularly. Now there is already the next title for lovers of great feelings, without any festive decorations. And it would be a wish for four guests that the ratings there are also positive for the streaming service. Because even if the Italian film cannot score with tinsel, Last Christmas or even more well-known faces, it is still much more interesting than anything that Netflix has unleashed on the subject in recent weeks.

Getting started doesn’t sound that interesting. The topic of soulmates is one that appears in every second romantic comedy. And even if it is not addressed in such a direct way, this genre is often based on an eternal concept: two people meet and are made for each other. But they do not notice that – unlike everyone else, including the audience – which is why they first have to clear a thousand obstacles that they have previously placed there themselves. But at the end of the day they can hug each other. Four guests take up this idea and question it at the same time. Because here there are two couples who are meant for each other – and yet again they are not.

An unexpected narrative structure is used to clarify the topic. More precisely, the film actually consists of two stories. In one, Daario and Chiara as well as Matteo and Guilia become a couple, in the other there is a swap. Only the third homosexual variant does not take place, the four guests did not want to go that far with the what-if-thoughts. This is somewhat reminiscent of Love Wedding Repeat , where several variants of a wedding celebration were played out. In Italian film, however, it is less about showing how individual events and decisions have consequences. Instead, different pair constellations are simply shown to examine how people function in different contexts.

That is not unexciting, because the two alternative versions are told more or less in parallel. But it doesn’t get overly cerebral. Rather, four guests go through the usual stations that can be found on the subject. It’s about the question of how work and relationships are connected, what defines relationships and how you can tell that your own feelings are real. Embedded in this original duality, things are much more conventional. But even then, the film is still one of the better representatives of romantic comedy, as the stories are told with a lot of charm. There isn’t really much to laugh about, as is so often the case in this area. But somehow it’s pretty nice.