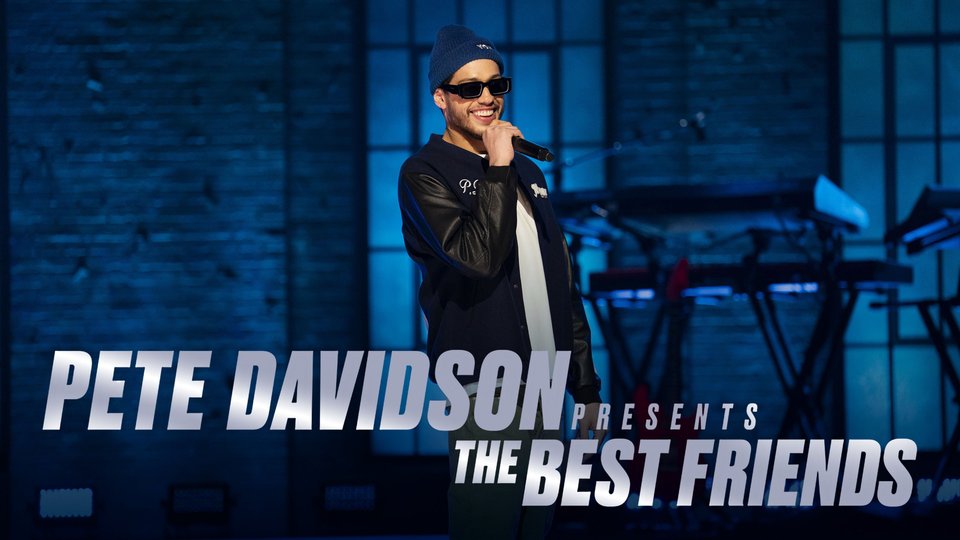 Over the last week, Netflix has been releasing instalments from the recently concluded Netflix Is A Joke Festival (April 28- May 8). Comedian Bill Burr featured headlining a set, so did Amy Schumer. This time around, it is Pete Davidson and his friends who have taken over the stage. The newest outing follows a similar format wherein Davidson opens the show and his friends take turns for a couple of minutes. But even if the premise reeks of familiarity, Pete Davidson Presents: The Best Friends is a hilarious additive to the streaming giant’s latest endeavour, making a compelling case of comedy that punches hard without punching low.

The one-hour set opens with an image of a group chat box. The phone belongs to Davidson and his message to his best friends reads: “Netflix best friends special this Friday?” This is followed by a flurry of replies, giving us a quick snapshot of who all to expect. But this treatment also sets the intimate tone for the special. During the runtime, Davidson’s frequent collaborators — Neko White, Giulio Gallarotti, Carly Aquilino, Dave Sirus, Joey Gay and Jordan Rock — make brief appearances and conjure a vibe that feels tangible in its informality.

Davidson starts off the show by addressing the elephant in the room: Kanye West. Radiating his trademark easy charm, the comedian states he had a really weird year. “I had an AIDS scare this year, ” he says, referring to the rumour spread by West. He believed it because, “The guy who made The College Dropout thinks I have AIDS”. This playful tone where it neither stabs nor spares continues throughout the set.

White comes after this and baits the audience and in extension the discourse at large. He recollects going to a barber where he was asked about Dwyane Wade’s daughter coming out. He expressed indifference since he only minds his business. More crucially, he just wanted a fade. Joey Gay does something similar where he uses his last name to crack a joke at himself rather than what is traditionally perceived as funny.

In many ways, Pete Davidson Presents: The Best Friends stands out as a charming departure from the current comic space by proving that humour is not tied to denigration. The proceedings of the set feel so cherished like it is an indie film being shot at home. The camera frequently captures the rest backstage good-humouredly laughing at their friend’s jokes. This affable undercurrent keeps the special afloat even when certain punches don’t land (Sirius, writer of The King of Staten Island, is underwhelming). Jordan Rock is terrific though as he speaks on a wide gamut of issues, right from Joe Biden’s apathy for Twitter (“I didn’t know I liked my president tweeting until it stopped”) to Black Lives Matter. Rock’s jokes are sharp and funny, observational and insightful, constantly straddling the invisible line between being perceptive and offensive.

Still if there is something more appealing than Machine Gun Kelly’s performance and Davidson casually strolling on the stage with a cigarette in hand it is Aquilino’s set. The Girl Code host is a hoot as she talks about turning 31 during pandemic, dealing with vaccines like they are men, and silently witnessing her life falling apart. Aquilino is relatable and witty, as she mines her life and age for hilarious outcomes. Her tampon joke is one for the ages, displaying her craft and merit in a sweeping move. At the beginning, when the comedians chat in the group, Aquilino chimes in saying she will probably be the only girl in the line-up. She is and the highlight of the show, giving a masterclass of being effective in a matter of minutes.

Directed by Jason Orley (Big Time Adolescence), Pete Davidson Presents: The Best Friends feels like one big party at a dive bar. There is so much brimming warmth that it seems like a reunion. Maybe it is. We are just glad for the invitation.