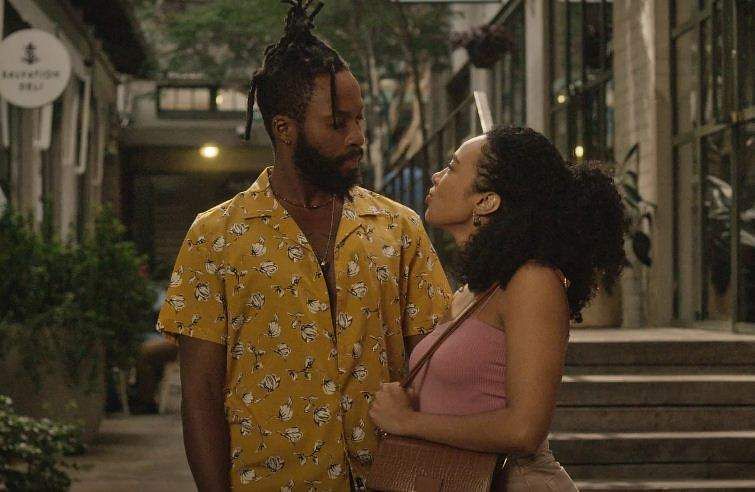 The problem with a film like Little Big Mouth is that it tries to be several things within the romantic comedy space – funny, light, lovable, and borderline meaningful – but fails on all counts. This is owing to the fact that it tries too hard to come off that way, giving it a forced nature the filmmakers most certainly did not intend. However, one aspect that does work in its favour is the music. Siya’s (Nay Maps) songs embody that which his lead character is supposed to be – happy-go-lucky and joyous…something the acting ought to have done, but couldn’t manage to, clearly.

From beginning to end, Little Big Mouth throws one poorly conceived sequence after another at you in an effort to wow the audience with laughs and warm-hearted feels. The writing is unbelievably poor, and that’s where it all starts to unravel. Characters that should have been sketched better, scenes and key plot points that ought to have unfolded more naturally, and a lead not worth rooting for – it’s one big mess! Makes me wonder (as the music is the only aspect worth investing in) if a romantic comedy musical would have made more sense? Mel’s (Amanda du-Pont) family using all means necessary to oust the unwelcome visitor in Siya may have worked effectively as fillers between song and dance. But as things stand, the film presents a bland narrative that is neither organic enough to go with the flow nor is sweet enough to go aww.

Siya is a black South African guitarist who gets kicked out of his band after a wedding show gone wrong. Too unconventional and a tad over-the-top for their liking, it’s hard to deal with his shenanigans on stage and off. He sees a woman and her child at the aforementioned gig, and instantly falls for the former (Nay Maps’ and Amanda du-Pont’s eye-contact acting do them no favours in this scene). An unforeseen altercation the following day with Siya returning to the venue for his wallet sees Mel inviting him home. Her son Luke warms to Siya initially, but as soon as Mel offers the latter a place to stay (fuelling suspicions of a burgeoning romance), the man becomes a dreaded enemy. With his grumpy old grandfather on his side, the duo takes it upon themselves to oust the broke musician from their home.

The grandson-grandfather team and their efforts to evict the new entrant are banal, at best. Whether it is Luke’s night-time scare tactics or his unleashing of fauna (wild mosquitoes one day, a scorpion the next) or pranks like peeing into Siya’s whiskey / pouring glue into the man’s shampoo, they all follow well-worn tropes. Even old gramps’ persistent berating is in the least bit engaging, let alone funny. Siya’s supposedly uproarious attempt at escaping Mel’s residence early on, sans detection, is laughable for all the wrong reasons. Many of these aforesaid sequences point to one thing, and one thing alone – subpar writing. For Little Big Mouth to have come off in the way it had intended (I suppose it was going for fun, humorous and light), it needed a half-decent set of writers, for starters. Siya’s unlikely entry into Mel’s home and his subsequent stay are a forced proposition for anybody to buy into!

Which abyss would the romantic comedy film be relegated to if it weren’t for its music, I do wonder? Instances involving Siya strumming his beloved guitar coming up with new tracks in Mel’s guestroom or him busking away at an open-air restaurant advertising his services, are sadly, the only ones that work.