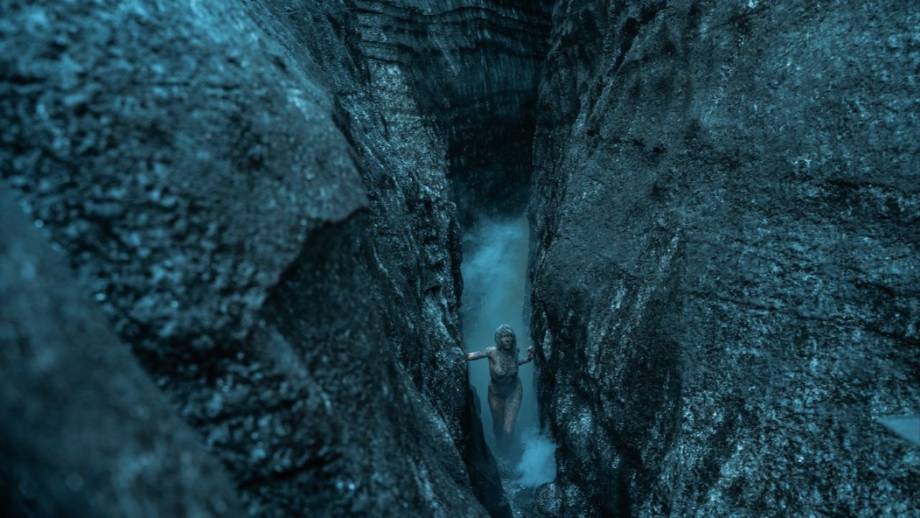 Netflix’s Katla is here to make your blood run cold (in the best possible way).

We tend to gravitate towards the dark and unsettling world of Nordic noir in the autumn and winter, when the skies are grey, the rain is unpleasantly cold and heavy, and the wind is whipping itself up into a frenzy. Considering that we’ve just endured the wettest May on record, though, you’d be forgiven for craving your favourite genre a little earlier than usual – and, thankfully, the Netflix gods have answered our prayers.

Here’s what you need to know about Katla.

Set in Iceland, the TV series – like all good Nordic noirs – follows one determined woman’s efforts to unravel a seemingly unsolvable mystery, as Grima desperately searches for her missing sister.

t’s worth noting, though, that Grima’s sister disappeared a year ago… on the exact same day that subglacial volcano Katla began its eruption.

“One year after the violent eruption of the subglacial volcano Katla, the peace and tranquility in the small town of Vik has been dramatically disturbed,” promises the official Netflix synopsis.

It continues: “As people evacuate the area, mysterious elements that have been deeply frozen into the glacier from prehistoric times start to emerge from the melting ice and cause consequences no one could ever foresee.”

The series was created by Baltasar Kormákur, who is best known for directing the films Everest, Adrift, 101 Reykjavík, The Sea, and A Little Trip To Heaven, not to mention popular TV series Trapped. No wonder people have such high hopes for this one, eh?

Speaking about what it was like filming the project during the Covid-19 pandemic, Kormákur tells Screen Daily: “We came to shoot Katla in Vik [a village on the south coast], which is usually the most crowded tourist place in Iceland. And then we showed up and there was not a single soul – it was like 28 Days Later.

“Instead of giving up, I shot about 300 days this year. It’s all been different, we made changes even before restrictions were in place. After the first spike [in infections], we were the first ones to start shooting again for Netflix.”

Kormákur continues: “I wanted to do this right, and I didn’t want to be responsible for anyone’s bad health. Even though there were few restrictions when we started, we kept a very strict protocol by colour-coding different areas and keeping people separated. We were also testing everyone.”

Meanwhile, the show’s lead, Guðrún Ýr Eyfjörð, says: “I‘m really excited about being a part of this ambitious project. My part as Grima is certainly a challenge, but working with Baltasar you just know that it will turn out right. He‘s really great to work with as director.

“While he gives his actors space to develop their characters and is always open to ideas and suggestions, he knows exactly how he wants things done and you can always be sure that he’ll catch you if you go off track and direct you right back on it.”

And Tesha Crawford, aka the director of Netflix International Originals Northern Europe, says: “Iceland has been the home for so many series and films over the years. We are excited to be able to feature it’s breathtaking surroundings in a story that is so grounded in Icelandic themes.

“Working with such an acclaimed talent like Baltasar Kormákur makes this project a perfect set up for us. We can’t wait to see this story come to life and bring it to our members all across the globe.”

Katla is just one of many brilliant TV shows and films coming to Netflix this June, so be sure to add 17 June to your diary, stat.