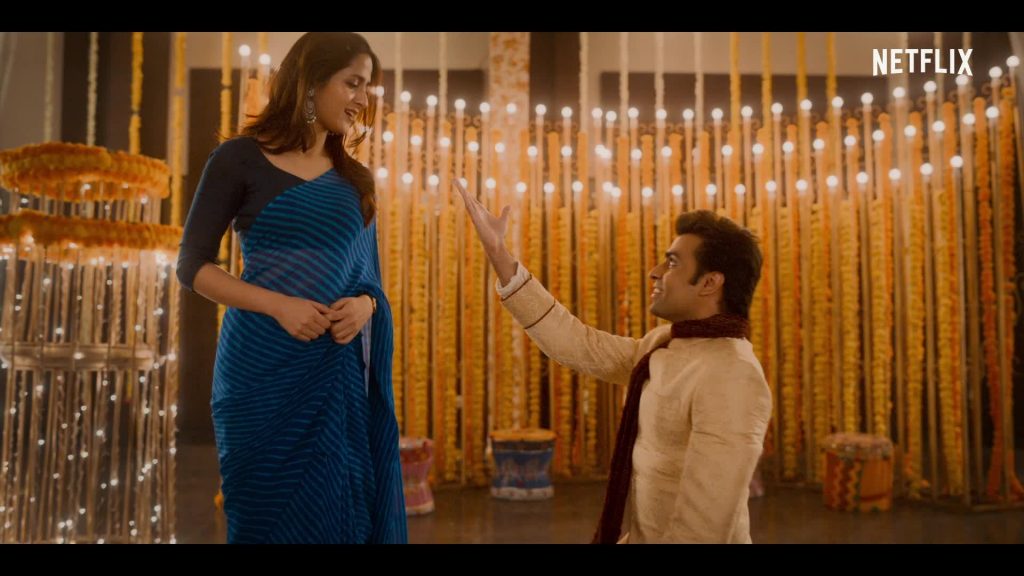 Typical Bollywood formula film produced by very unexpected origin TVF. This movie is for people who imagine themselves in cringey Bollywood moments and visualize themselves as the Kalyug Avatar of SRK.

I never in my worst dream imagined that Jeetu bhaiya would do a film like this. It’s like casting a very talented actor in B grade bhojpuri movie. I mean he gave his best but for the wrong cause. Jeetu Bhaiya has always been a window into Aam Admi’s marvelous adventures in this normal life. His persona has similar vibes that Irrfan Khan used to have. Simplicity but with Brilliance. But if you try to mould him into SRK like futile and dreamy personality then that connect with the viewers is lost. And the director did exactly the same mistake here. Simply put this was clearly not what should have been made.

Now coming to the story. The writing shows that it tries very hard to parallelize the events of two archs in the movie – Magic and Football, and paint a conclusion that “LOVE can make amazing things to happen”. But this is no Beautiful Mind. This is very poorly made Jaadugar. And Love ka Power totally felt like on your face homey.

This is a grave sign that independent and break the mould kind of production houses are resorting to same old romantic Bollywood formula film making. May be TVF team has someone who has tasted the money and now everything’s gonna be for Vit Money not Vit Art.

Oh and I totally forgot. Not laughed even once in the entire movie. So if someone is under the delusion that this is a RomCom, well its not. Comic scenes are majorly inspired from other movies and also cringey.

In nutshell, if you appreciate mindless Bollywood romantic masala movie where “Pyar ka Khumaar” takes the center stage then go ahead and watch this movie. You will love it and may be watch it multiple times and force others to watch it with you. BUT if you are really into good movies that makes sense and imprints on you then just don’t waste your time. You will feel like you are watching an inferior content compared to your amazing movie choices. JUST DON’T DO IT.