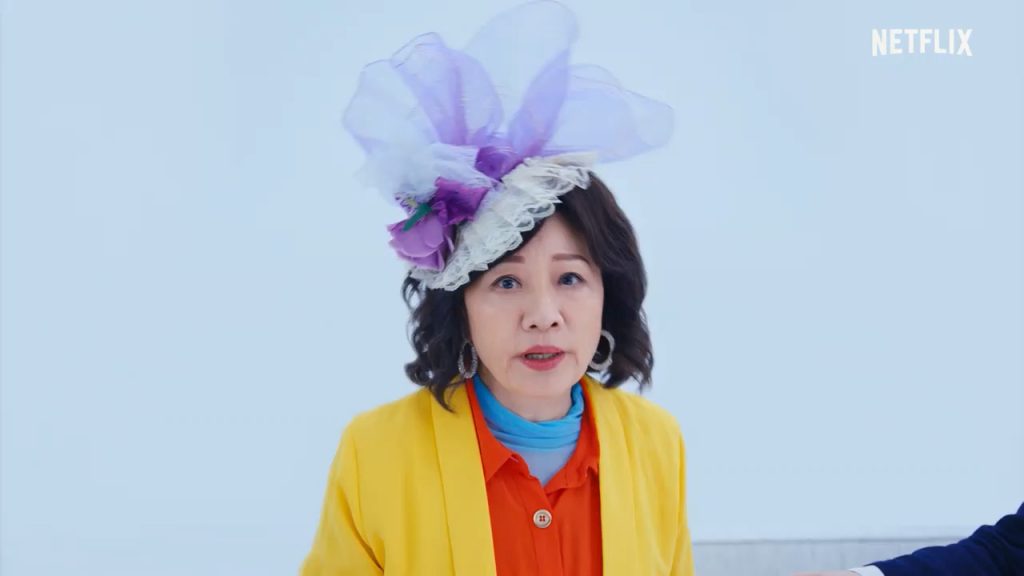 Family is both a comfort and a curse for the three women at the centre of Mom, Don’t Do That!, a new Taiwanese series adapted from a novel by Chen Ming-min.

Inspired by true events, the 11-episode comedy drama follows a 60-year-old widow and her two adult daughters through the fallout of losing their patriarch. While frequently spiralling into madcap antics, the show is strongest during its dramatic moments, dealing with grief, loss, and the importance of getting back on your feet.

Alyssa Chia Jing-wen (The Falls) plays Ru-rong, the most level-headed family member and likely surrogate for the show’s creators. Forty years old and still living at home, Ru-rong is a source of constant shame for her overbearing mother, Mei-mei (Billie Wang), who berates her daughter for not finding a man to marry.

Ru-rong is a successful author with a string of popular romance novels to her name, but this has not helped her own love life. Her own priorities are frequently eclipsed by the needs of her wayward mother. It has been five years since the sudden death of Mei-mei’s husband, Guang-hui (Johnny Kou Hsi-shun), and she is ready to get back in the game – not least to shore up her financial situation.

She may own the family flat, but her late husband’s savings are quickly running out, and Mei-mei is eager to regain her independence. Her flirtations soon get her into trouble, however, after accepting the advances of her neighbour’s husband and a string of other online suitors. At the same time, Ru-rong’s younger sister Ruo-min (Alice Ko Chia-yen) returns home with her tail between her legs, having discovered that her good-for-nothing boyfriend Cha (Austin Lin Po-hung) has been two-timing her. She drowns her heartbreak in alcohol, but soon invites this diabolical deadbeat back into her life, and the family home. As all of this plays out, the benevolent spirit of Guang-hui watches over the family, and they, in turn, share with him the doubts and frustrations they cannot tell each other.

Over the course of the series, these women become embroiled in all manner of romantic, dramatic and comedic escapades, as tensions at home rise and fall, more often than not because of the invasive and emotionally codependent nature of their family dynamic.

Ru-rong bumps into the handsome Xiang-yu (Chris Wu Kang-ren), the former flame of her fickle, materialistic colleague and best friend Kate (Vicky Tseng Wan-ting), and begins a secret courtship that seems almost too good to be true. Meanwhile, Ruo-min tracks down Cha’s other girlfriend, a young and overly affectionate online influencer (Chloe Xiang Jie-ru), who hopes they can become friends rather than rivals.

As the title suggests, however, it is Mei-mei’s antics that cause the most drama. Whether interfering in her daughters’ affairs or getting in over her head in the dangerous world of online dating, Mei-mei’s arrogance, stubbornness and persistence drive the narrative forward from one domestic crisis to the next, frequently sending the family careering over a cliff.

She goes on a spending spree she can’t afford, almost falls foul of an internet con artist, and at one point even breaks her hip, causing the entire family to restructure their routines around her. Everything comes to a head, however, when she meets Robert (John Henry Richardson), a modest Australian gentleman who might just prove the perfect match.

The central message of Chen’s novel, which has been enthusiastically adapted for the screen by Bing Hsu, and directed by Chen Weiling and Lee Chun-hong, is unsurprisingly that family needs to stick together, no matter how excruciating that may seem on a day-to-day basis.

Ru-rong inevitably garners the most sympathy, in large part because of the performance of Alyssa Chia, who ensures she remains likeable even when making poor choices.

Ru-rong is relatively content to be alone, even if handsome hunks like Xiang-yu cause an occasional lapse in judgment. She can stand up to Mei-mei’s relentless recklessness better than anyone, while everyone in her orbit provides rich material for her next novel.

Alice Ko fares less well with Ruo-min, who seems to be defined simply as too young to stop making terrible decisions. It’s a dismissive take on a character, who must be in her mid-30s but is often portrayed like she’s still a teenager.

Sympathetic male characters are in short supply. Men of all ages are painted as lecherous, unfaithful and duplicitous, with the show’s most likeable lad a male escort (played by Wasir Chou Yung-hsuan) and devoted companion to Mei-mei’s oldest friend.

Everyone else pales in comparison to the memory of the family’s dearly departed patriarch, but that is almost certainly intentional. Mom, Don’t Do That! is about filling that void, or rather battling against the urge to leave it open and empty.

As a show about healing wounds, recalibrating relationships, and moving forward, it delivers with unbridled sincerity, even as the histrionic attempts at humour prove as tortuous as a family gathering.