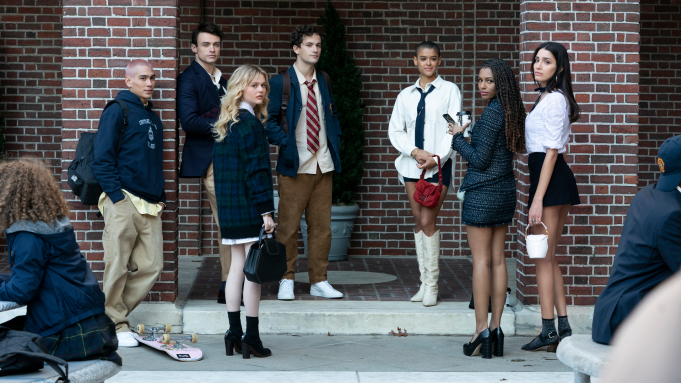 Such a great sequel to the original gossip girl. New characters, new storylines, same universe. One episode in and i’m already hooked! Super fun characters and the writing is just fantastic. Feels modern but still kept some of the original gossip girl feel thats just perfect. Woke, but in a way thats done very subtly and doesn’t at all seem forced which i think is really important that they included this as a way to show that these characters are aware since this time theres actually POCs representation.

What an attractive and diverse cast which is just so great unlike the original which was a largely white cast. The cast has several new comers in the acting industry but i can say that they did really well so to those negative reviews saying that their acting was terrible really needs to get a check up. Cant wait to see these new actors make it BIG. The cinematography of the series is just spectacular and so eye pleasing. Oh! And the fashion!! IM OBSESSED. Im so excited to watch more upcoming episodes and just see the story get better and better!!

Being written by the same writers from the original just gives it the potential to be better because these writers has come so far, learned from their pass writing mistakes and just gotten better throughout the years and this time i can assure you that there wont be much plot-holes like how the og did. Overall, i think this ‘reboot’ ‘sequel’ is remarkable and i highly recommend everyone to watch it whether u watched the og or not!

Ignore those negative reviews, because their review is literally just cause its not the ‘original’ or cause ‘there is no Serena/Blair’ which is just such dumb and lazy review. No one asked for a reboot but the creators still made one and i can confidently say that they did not disappoint. So do yourself a favour and give Gossip Girl 2021 a watch.