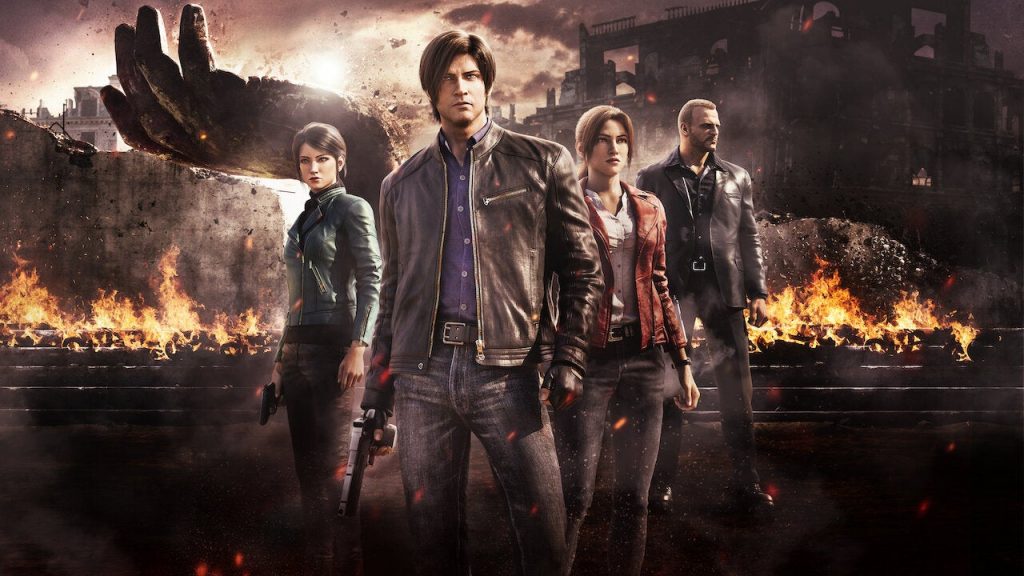 Resident Evil Infinite Darkness is the new Netflix animated series from the Resident Evil franchise of Capcom games, I must start by emphasizing how well the animation is done, really very detailed having a design as close to reality as possible and in fact there are moments that the animation is so well done that I question if it’s really an animation or if it was shot with real actors.

The plot itself is more focused on a political plot of a possible fight between China and the United States, being honest I thought it would be more focused on the action because by having Leon as the protagonist I always end up associating him with action scenes with explosions and questioning if the basic physics really exists but curiously that wasn’t the focus, it has a good atmosphere of investigation nothing too deep but it’s fun to see knowing when to put some action so it doesn’t get tiring, I in particular didn’t find it the script is bad but it’s nothing too grand or memorable either, from what I implied it will possibly have a continuation but I don’t know how well it was received by the audience as the fan base is saying little about it, but I hope it has a continuation, even though it’s nothing big, as a fan I like to see these little stories that complement the Resident Evil universe.

In my opinion Netflix should have sold it as an animated film and not as an animated series as there are only 4 episodes of approximately 25 minutes giving a total of almost 2 hours of content, it would have been better to have been sold as a movie but that’s ok. A detail apart. Overall I thought the series was cool, there were some moments (especially in the final episode) where my senses of disbelief were heightened because it clearly added a protagonism power where even the villain can make some dumb decisions to make the script move forward, but as I said I didn’t think it was bad but I didn’t think it was very memorable either, Resident Evil Infinite Darkness closure with Grade: 6.

If you’re a fan I recommend give it a try because it’s cool to watch, apparently it takes place between the middle of the end of game 4 and the beginning of game 6.