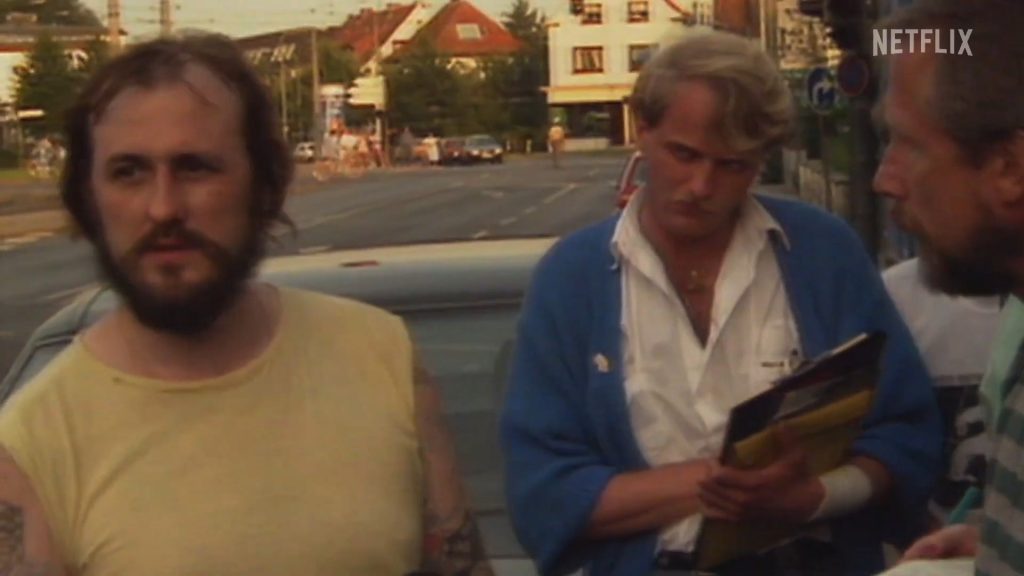 Actually I wouldn’t say there was a syndrome. It was just the first thing that came to my mind (it does sound catchy and yes the pun with Stockholm is obviously intended). It did have repercussions though. The way it was handled and what was allowed to be done since then.

Because it was quite crazy. Now there were no cell phones back then, when this happened, but rich people had car phones. But let’s not get too ahead – I just said this to give you an insight what time it was and what was possible technically speaking.

This documentary tells you right from the start that it is edited from the raw material that was shot back then. Mostly video footage but also some photographs too. So you will also get original audio from back then – no commentary or anything to explain or give you an opinion on what is happening.

Of course you can argue the way it is edited is already a commentary itself. Still the happenings speak for themselves. And they tell a bizarre story to say the least. The way the police and the press handled the whole hostage/kidnap situation was … bad to say the least. Add to that a lot of individuals who were just there to gawk … to get excited about a horrible situation. It is by the way beyond parody to hear some of those gawkers speak to reporters (who are mostly not better as I already said): they seem unable to see the ignorance when they say no one should be there. One even admits he shouldn’t be there either … gawking and just adding pressure to a situation that was ready to explode any moment anyway. But of course he was still there … and stayed there.

There seems to be limited series about this too. I may watch this if I get the chance too. But for now, this was more than enough madness – there is only so much a human can take – no pun intended.