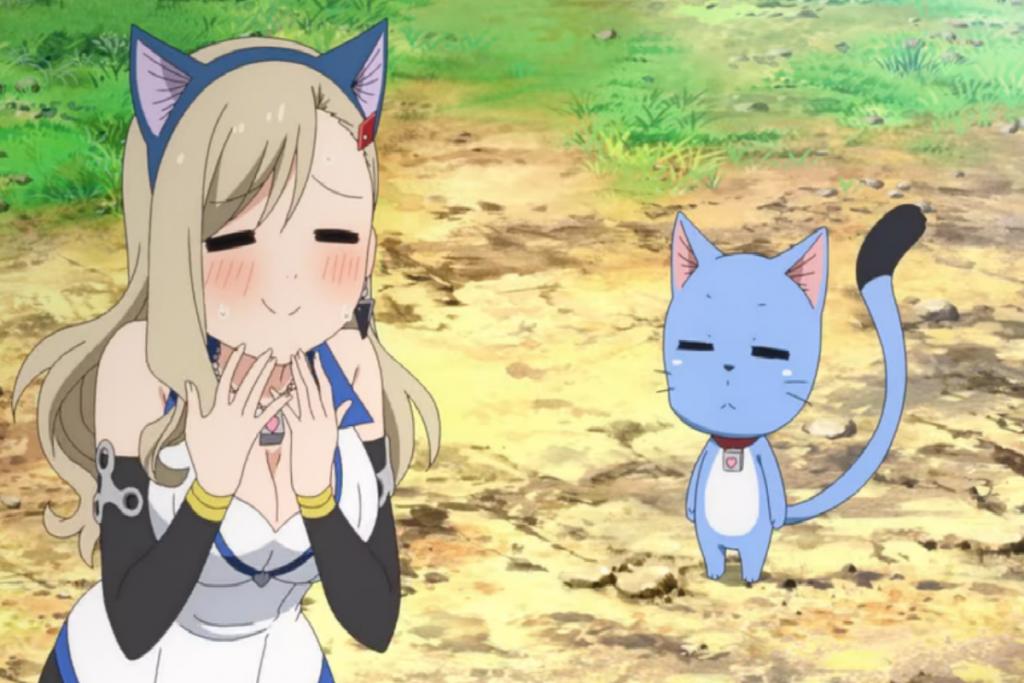 EDENS ZERO Season 1, a Netflix original anime, was released on August 25th. The anime, which is an adaptation of the manga series written and illustrated by Hiro Mashima, is animated by J.C. Staff Studios. EDENS ZERO follows Shiki, an orphan boy who has been living most of his life on a deserted theme park world known as Grandell. He was brought there by the Demon King, who takes on the role of his grandfather after finding Shiki on one of his journeys. With robots as his only companions, Shiki is surprised when B-Cuber Rebecca and her friend Happy visit Grandell. After the robots force Shiki to leave the planet before their batteries die, he joins Rebecca and Happy on their adventures. They decide to look for the fabled goddess of the cosmos, Mother. Along the way, Shiki inherits his grandfather’s Gravity Ether Gear, which grants him powers related to gravity, and the interstellar warship, the EDENS ZERO.

One of the major elements of EDENS ZERO Season 1 is Shiki wanting to make as many friends as he can. The theme of friendship is something the Mashima has focused on in the other series that he has done, especially in Fairy Tail. There are definitely a few lines that lean way too hard in trying to establish emotion, especially when Shiki asks, “What’s a friend” during the first episode. However, the theme of friendship becomes a much more organic element that fleshes out more as the story continues. There are definitely moments full of emotion, but it never goes too over-the-top on forcing viewers to feel a certain way. The writing does an incredible job in making Shiki realize the difference between friend and foe rather quickly, which makes for the progression of the show to focus on other aspects.

The amount of world-building that EDENS ZERO Season 1 manages to include is incredible. There is never one moment where something introduced that should make viewers confused with the amount of explanation the show includes. The show takes its time to explain and manages to include reminders at least once every episode. Hopefully this isn’t the case for future episodes, but it’s clear that the show wants viewers to enjoy themselves without having to worry about keeping up with so much information without understanding it. The animation does an incredible job of elevating the world-building in regards to character designs and setting development. There is never one dull moment when the show decides to focus on world-building.

As mentioned earlier, EDENS ZERO Season 1 has some overlapping elements that it shares with Fairy Tail. Some of the characters in EDENS ZERO are just reimagined versions of characters from Fairy Tail that may have only gone through a few changes. However, EDENS ZERO does an incredible job setting itself apart from Mashima’s previous work. The stakes in this new series are raised much more quickly, especially as Shiki, Rebecca, and Happy’s journey continues. The world they live in is full of secrets and dangers that they’ve never faced. Rebecca and Happy are B-Cubers, a play on social media influencers. From this, it wouldn’t be surprising if viewers would think of them as shallow or just doing things for fame. Their characters branch out much more than just wanting clicks or followers. Having these characters and the world that this series is set in be different makes it stand out more than just being a direct copy of what’s been done before.

Ultimately, EDENS ZERO Season 1 does an incredible job in establishing several elements of its story while also including elements from Mashima’s previous work. That blend creates opportunities for this new series to distance itself while also leaning into several elements for nostalgic purposes. This is a series that I will surely be reading the manga to find out what happens next.