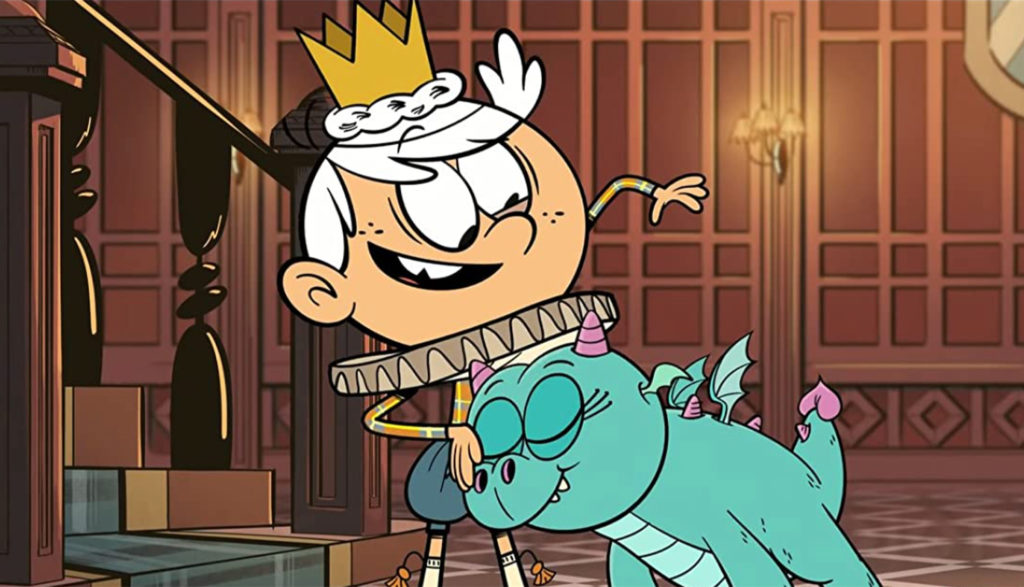 If you love animated shows, or you happen to have children around the ages of 6-12, then it’s a high probability you’ve come across The Loud House on Nickelodeon. The show is about a family of 10 sisters, 1 brother, Mom, Dad, a variety of household pets, and one bathroom. The show has spanned five seasons and even spawned a spin-off show featuring a Mexican-American family, The Casagrandes. The Loud family has enjoyed a great run, including a few tv specials, but now they’re stepping into the spotlight with their very own Netflix original film, The Loud House Movie.

The feature film is the directorial debut for animation veteran Dave Needham (whom I had the pleasure of interviewing here). The film also features special guests David Tennant as Angus, Michelle Gomez as Morag, and Billy Boyd as Scott.

The film centers around Lincoln Loud, played by Asher Bishop. As the only brother in this crowded house, Lincoln prides himself on being there for his sisters and their incredible talents, no matter what. With the attention on them, Lincoln feels quite unremarkable, lost in the crowd of their talents. But thanks to his best friend, Clyde McBride (Andre Robinson), he gets the idea to visit the Louds’ ancestral home of Scotland to understand more about his family and thus himself. There he discovers the town Loch Loud and that his family is descended from local royalty, but not everyone is thrilled to see the return of the Louds to Scotland.

Having been a fan of the show and a Dad to three kids who adore this show, I was stunned to see how the creators of this film really elevated every aspect of this property to give it that movie panache. For example, the show typically focuses on a two-dimensional, left-to-right style visual for its animation. However, a full-scale, three-dimensional world was created for the film, which adds some impressive depth that truly makes it sing from the beginning

This isn’t simply a feature-length, tv-movie. You can see there’s been some real investment and quality work gone into elevating this show to another level. Simply look at the special guest voices of Tennant, Gomez, and Boyd to see that these folks came here to be seen and respected.

The movie also incorporates a decent amount of musical numbers, which is not out of the ordinary for this property. However, this isn’t just a fun song slapped in the middle; no, these musical pieces are incredibly jaunty and punchy and really serve to liven up the plot.

The story itself becomes a somewhat predictable plot as you move deeper into it, and for a kids’ film, this shouldn’t really be a shock. I will say, though, that the writing for the film is a cut above and highly comedic. Watching it with my family, we each had various moments of utter belly laughs. Whether it’s from the dialogue or the visual comedy, this is a very funny film.

Deep down, however, this is a film about family and our place in it. Whether this is your immediate family or the community around you, the movie seeks to reinforce that we are stronger together and when we seek to help those around us. Each member of the Loud family has a role to play, and they each get time to contribute to the larger story.

Having the film premier on Netflix will hopefully introduce a whole new swath of viewers to the Loud family and their antics, and at an absolute minimum, it’ll keep you engaged for an hour and 23 minutes.

Overall, The Loud House Movie is a highly entertaining and riotous good time for all of the family. Whether you’re new to the Loud House, or a veteran watcher, there’s something here for all. It’s easy to see why this Netflix original film is trending #2 on the streaming platform at the time of this review. A solid entry for debut director Dave Needham!

The Loud House Movie is available now exclusively on Netflix.