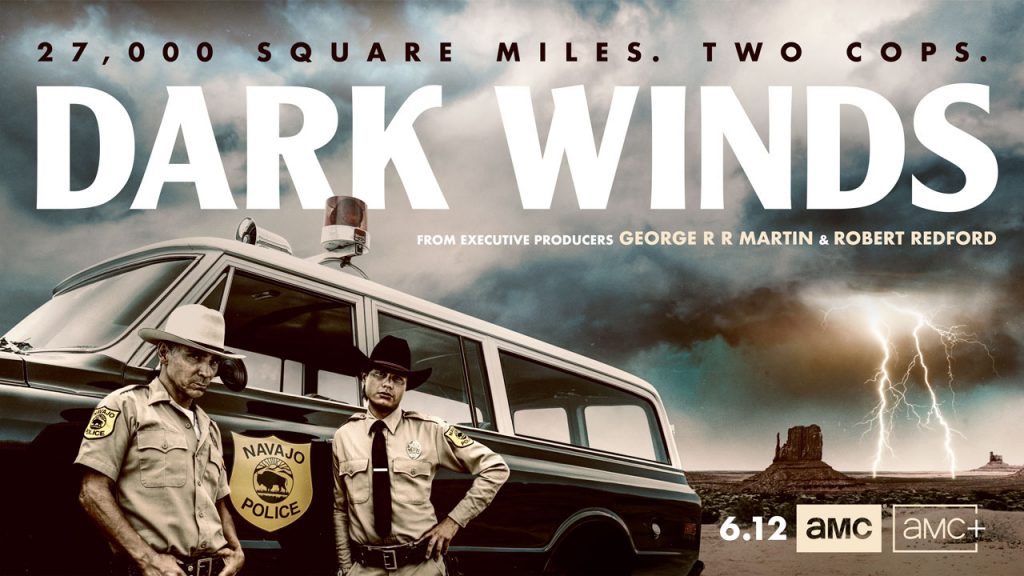 Early in the first episode of AMC’s new series “Dark Winds,” Zahn McClarnon’s Joe Leaphorn advises Kiowa Gordon’s Jim Chee about a way to get ahead when investigating crimes on a Navajo reservation. Leaphorn’s been doing this for a while, and isn’t impressed by his new deputy’s credentials, or his naked ambition; sometimes, pragmatic approaches are best, so Leaphorn advises Chee to keep a carton of cigarettes around. On the reservation, people will say more for a pack, he says, “than in an interrogation room.”

It’s a nicely chosen detail — one that speaks to its setting, its time period (the show is set in the early 1970s, when the Tony Hillerman-penned book series on which it’s based first was published), and the dynamic between the pair. Leaphorn is the wellspring of knowledge about law enforcement among the Navajo. And Chee, possessed with more ambition than street smarts, and happily ensconced in white America prior to being called back home, needs help relating to the community. Both men went to college, but Leaphorn returned home, while Chee, his eyes opened and his assimilation well underway, needed to be summoned back.

McClarnon is a tight, intuitively calibrated coil of frustration throughout “Dark Winds”; the actor, familiar from roles in “Reservation Dogs,” “Westworld” (on which he anchored the standout episode “Kiksuya” in 2018), and “Fargo,” gets a well-deserved turn at the center of the frame, and makes the most of every minute onscreen, including in effective acting duets with Gordon and with Deanna Allison, who plays his wife. The script asks a lot of McClarnon, who serves as viewers’ guide through a web of mysteries that includes an armed robbery complete with crooks escaping by helicopter, as well as bodies turning up dead on the reservation — where the involvement of the FBI, in the person of Noah Emmerich’s Agent Whitover, is unwelcome.

It seems no mistake that one can’t spell “Whitover” without “white”: He comes to represent a snarlingly high-handed approach to policing in a community he doesn’t attempt to understand, and he represents an endless source of temptation for Chee, appealing to the latter man’s vanity in presenting an entirely different vision of how to relate to Native life as a law-enforcement officer. (Emmerich, for many seasons the ultimate nice-guy FBI agent on “The Americans,” relishes each bit of scenery he chews here.) But Whitover is an accent on a story that’s gratifyingly tightly told and focused on its core ensemble and their world.

Produced by a team including Robert Redford, George R. R. Martin, and filmmaker Chris Eyre, and written by an entirely-Native writers’ room, “Dark Winds” has an admirable directness of approach: It doesn’t slow down to explain itself to viewers, trusting that its milieu will come through loud and clear. In the wake of the very different, low-key comedy “Reservation Dogs” last year, “Dark Winds” provides yet more proof of the power of high-quality representation, allowing Native people to lend their perspective and history to the types of stories that are fundamental to American entertainment. Seen a certain way, Joe Leaphorn is an archetypal cop, as familiar as Perry Mason; seen another, he represents something that is unfortunately new on our screens, and welcome all the same.