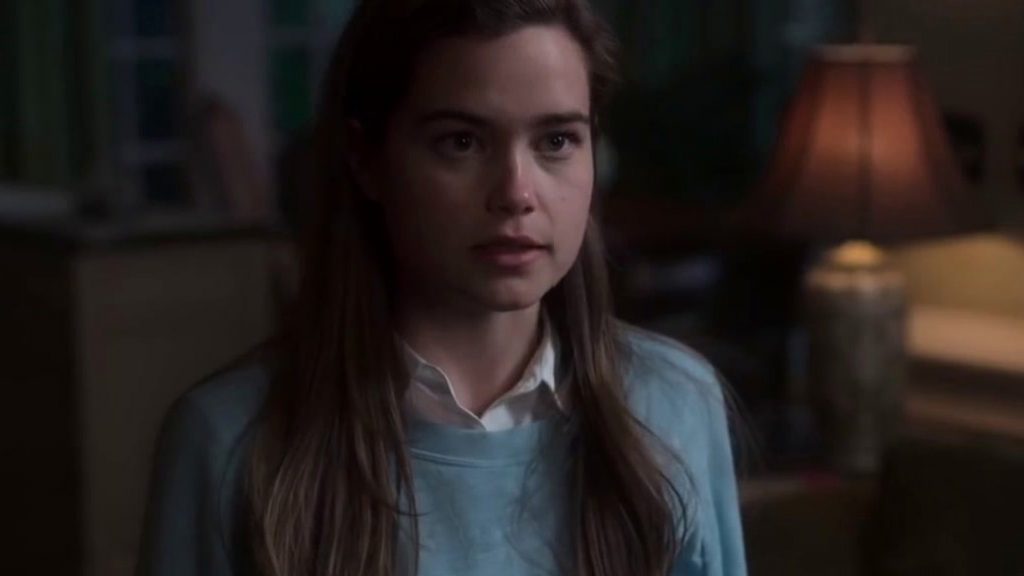 Watching the trailer for “First Kill,” it was tempting to assume that Netflix’s new teen show got lost on its way to The CW. After watching the actual episodes, however, it’s necessary to apologize to The CW for the insult to a genre it’s done well for years, and which “First Kill” spends an inordinate amount of energy trying to duplicate without much success.

Based on the short story by V.E. Schwab, who also wrote the first episode and produces the series, “First Kill” dutifully sets up its YA supernatural show bingo board. There are bitchy sisters and ice queen mothers, overbearing fathers and wisecracking best friends. There are vampires, ghouls and werewolves. There are star-crossed lovers — vampire Juliette (Sarah Catherine Hook) and vampire hunter Calliope (Imani Lewis) — caught between their family duties and raging hormones. And yet, for all the work “First Kill” puts into making sure it hits all the right notes, the series feels more like an uncanny valley version of what it’s attempting to be rather than a worthwhile story all its own.

Over the course of eight episodes, all of which drop on Netflix today (June 10) when the review embargo tellingly also lifts, the drama follows Juliette and Calliope (aka “Cal”) as they struggle to balance their birthrights with not just the hell that is high school, but their immediate attraction to each other. As Juliette’s parents Sebastian (Will Swenson) and Margot (Elizabeth Mitchell, somehow) and Cal’s parents Talia (Aubin Wise) and Jack (Jason R. Moore) both emphasize over and over and over again, the two can never be together. The Romeo and Juliet parallels are of course intentional, but too obvious to be particularly clever, Sapphic twist or no. The same goes for the show’s blatant attempts to be a new take on “Twilight,” whose doomed romance gets an explicit shoutout in the (admittedly catchy) opening credits song.

Sunk by a noxious combination of flat writing and flatter directing, the actors never get enough runway to make these characters anything but facsimiles of overwrought tropes. Pretty much the only actors who come close to making it out alive are Dylan McNamara as Oliver, Juliette’s black sheep brother, and Grace Dzienny as Elinor, Juliette’s formidable older sister with a heart of…well, if not gold, then at least a shiny brass. It doesn’t help that the scenes explaining each family’s conflicting traditions, of which there are seemingly thousands, are full of self-serious jargon that give the appearance of a fully fleshed out world without actually creating a believable one.

The worst offense “First Kill” commits, though, is that it never sells the central romance that should by all rights be its beating heart. Without letting Juliette and Cal have a single conversation about anything other than their natures and families for half the season, the show needs to make their immediate connection so palpable that it hurts. Instead, “First Kill” hangs Hook and Lewis out to dry with uninspired faux “banter” and poorly staged “sexy” scenes. Jules and Cal being so overwhelmed with lust that they keep pushing each other up against a walls, trees, and pantry shelves should be hot. Instead, Hook and Lewis’ complete lack of chemistry makes their dynamic so stilted that these moments come out of nowhere to land with an awkward thud. (If anyone has chemistry on this show, it’s maybe Mitchell and Wise as their clashing mothers, but maybe that’s just the exhaustion of trying to locate a spark on this show talking.)

On paper, “First Kill” should work. As originally written by Schwab for another medium, maybe it did. Onscreen, it’s just more of a clumsy swing at relevance than a tale anyone can really sink their teeth into, and more’s the pity.

There is, perhaps, something to be said for the fact that LGBTQ+ friendly teen shows have apparently become desirable enough these days to throw together like this (not every queer show can or should be capital m Meaningful). But it’s still depressing to witness #representation become a collection of clichés and buzzwords for a network trying to thrive on the brownie points of including it at all.