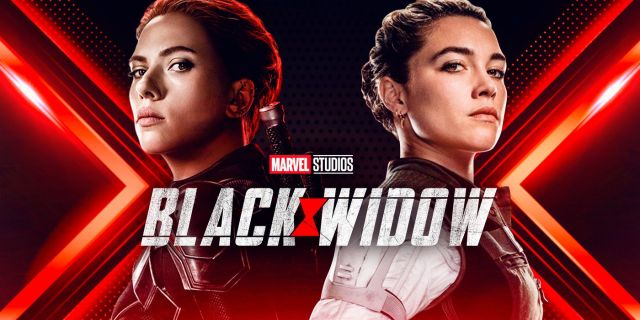 It’s filled with long, very long, absurdly dragged-out conversations between shallow characters talking about their deepest feelings, which aren’t even deep, like we’re supposed to care. Imagine if Ingmar Bergman came back from the dead only with no brains, artistry or sense of drama. This no-brains, no-ability Bergman might make something as awful as “Black Widow,” but only on the worst day of his life.

It’s a prequel and an origin story, because, as all the best people know, Black Widow (Scarlett Johansson) died in “Avengers: Endgame.” Here we first meet the would-be Avenger in her original incarnation as Natasha in 1995, a little girl living in what appears to be an idyllic family. She has a little sister and a very nice mom in the form of Rachel Weisz. Then Dad comes home looking troubled and announces that they’re about to have an adventure.

The next 10 minutes are the best in the entire movie, the only surefire sequence. Within seconds, the police have surrounded the house and the family is trying to escape to the airport. At the airport, things escalate further, with the military shooting at them as they attempt to flee the country by plane. Turns out Natasha’s parents are Russian spies who’ve been posing as an average middle-class husband and wife.

In the experience of it, “Black Widow” is confusing and convoluted, but that’s probably intentional, meant to disguise the movie’s spare story. The simple plotline involves a monomaniac, who is also a regular maniac, named Dreykov (Ray Winstone). He is using mind control drugs on several dozen women, who are his homicidal slaves. These women are in all the major pulse points of the globe, causing various international catastrophes. Needless to say, Natasha makes it her mission in life to stop him.

So that nonsense constitutes the story, but this movie is really all about the filler. Natasha and her sister Yelena (Florence Pugh) apparently started life thinking they had a family, but it was all an illusion because their parents weren’t really their parents and the two of them weren’t even really sisters. The anguish supposedly surrounding this becomes the fuel for most of the movie’s long conversations. These take place, not only between Yelena and Natasha, but between them and their so-called parents.

What’s thoroughly loony here is that the father (David Harbour) is a clownish figure; a hairy, smelly character with a thick accent, whose scenes are mostly played for laughs, and yet we’re expected to have an emotional investment in his relationship with his daughters. But there’s no bond between any of the characters that’s worth taking seriously, including that between the sort-of sisters, despite Johansson’s natural appeal and Pugh’s natural authority.

“Black Widow” is what happens when movies abandon human values for the emotional deadness and emptiness of the superhero movie. The audience and the players still crave the authenticity of something warm and human, but they’re constrained by the superficiality of the genre and can’t escape it. Within those constraints, the filmmakers concoct and present emotionally false, fake relationships and the actors try their best to flog them into life. But their efforts are hopeless, a matter of trying to trick the devil from inside the devil’s pocket.

The good news for those involved in this film is that they’re all going to get rich, or richer. The bad news is they just wasted their time, talents and reputations on something they should have rejected when it was still on paper.

It’s the cynicism that’s depressing. After all, “Black Widow” is not an attempt at a good movie that failed. That would’ve been respectable. Rather, it’s an attempt to make a piece of garbage commerce that succeeded completely.