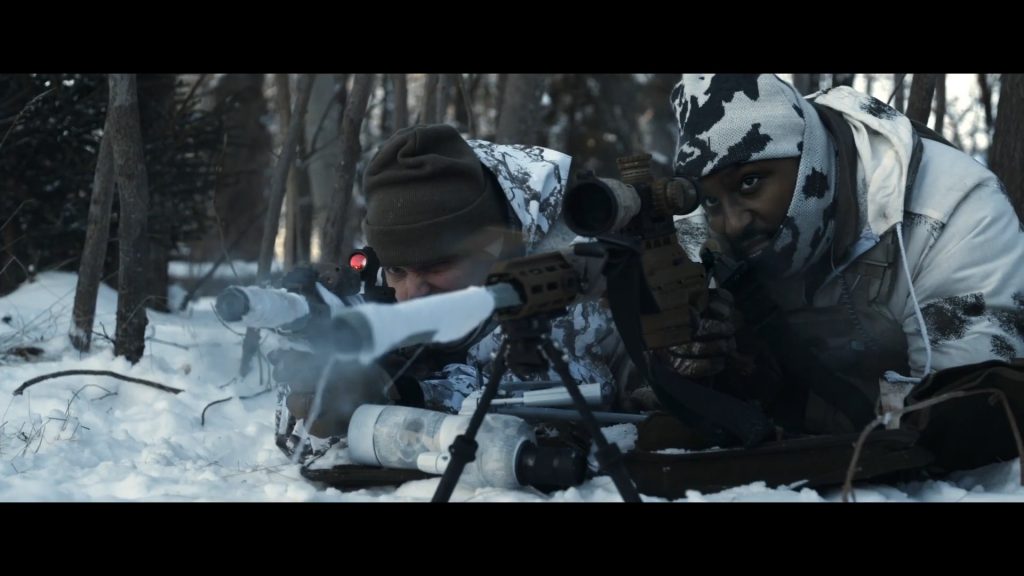 Thawed-out Finnish action thriller Attack on Finland dutifully follows the set of instructions that came in the box. It’s competently put together, but the constructed product is indistinguishable from anything else assembled from those same standardized directions.

Based on Ilkka Remes’ 2006 novel 6/12, it’s a relatively straightforward action flick in which the Finnish president and other state dignitaries are taken hostage by terrorists during a gala reception in Helsinki honoring the country’s independence day, December 6. The good guys include the EU Joint Police Operations security officer (Pääkkönen) assigned (inexplicably, given his rank) to negotiate the crisis, and his love interest/fellow operative (Blondell), who coincidentally finds herself among the detained guests while moonlighting as bodyguard to a prominent pro-NATO general (Gracic). Aside from the masked minions machine-gunning their way to obscurity, the bad guys include a Serbian war criminal’s morally conflicted son with major daddy issues (Gudnason, the best thing here – remember his slyly implacable turn as the Swedish tennis star in Borg vs. McEnroe?), and a ruthless Russian mobster in the business of money laundering and disinformation (Ulfsak). A repetition of narcotizing visual and aural cliches accompany the rote narrative: a sea of intently focused faces lit by dozens of computer screens in a darkened command center; a hopscotch of European locales identified in nondescript establishing shots; a pulsating score resembling a chugging locomotive leaving a train station. This is nothing like the absorbing Nordic noir of modern Scandinavian television and cinema. It more resembles good old-fashioned American mediocrity.

Attack on Finland (alternatively titled Omerta 6/12) was a troubled production, first gestating in development hell for over a decade and then experiencing some sticky issues after Louhimies replaced its original director, Antti Jokinen, early in the shoot. (A planned sequel and related six-part television series were scrapped once Jokinen left the project.) But the behind-the-scenes drama and subsequent fallout don’t explain why this movie plays it so uninterestingly safe. The serendipitous timing of its release, however, may provide a modicum of saving grace. The underlying political tensions between bordering Finland and Russia go back centuries, with the most recent manifestation of this friction being Finland’s formal application in May to join NATO in the wake of Russia’s invasion of the Ukraine. Here, the possibility of Finnish membership in the European bloc organization turns out to be a crucial element in the movie’s plotting, though it’s hardly revelatory in any dramatic sense. Still, dumb luck is better than no luck, and in the case of this cloned endeavor, it should take whatever luck comes its way.