You Won’t Be Alone 2022 Movie Review
Skip to content 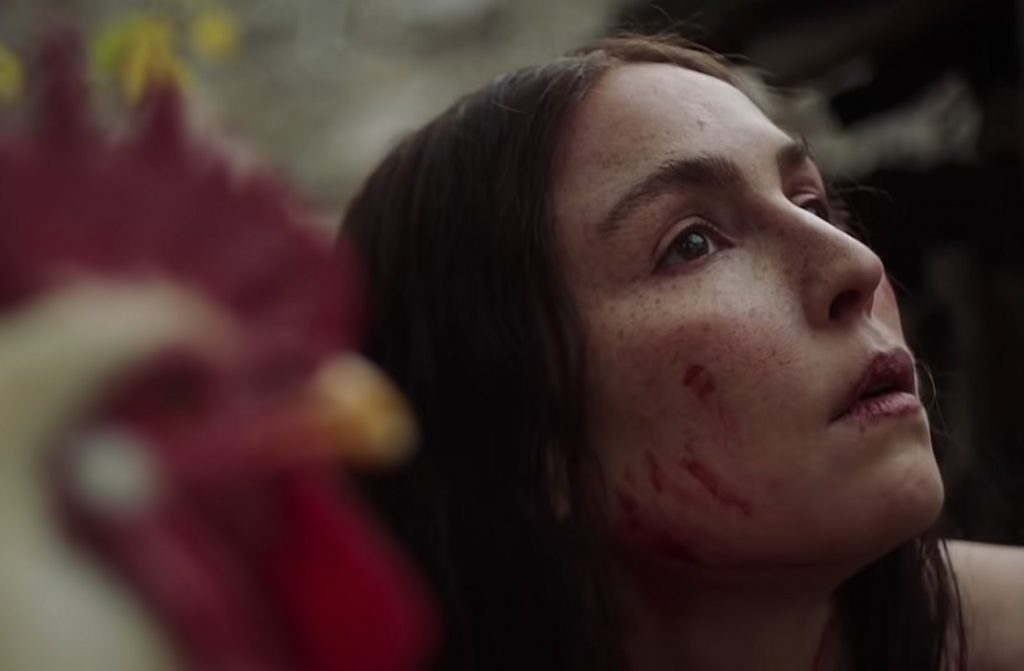 Goran Stolevski’s elliptical folk tale “You Won’t Be Alone” unfolds like a dream without a map, and so to try and parse it in certain terms is like recounting a dream to somebody who wasn’t in on it. That’s high praise for a horror-adjacent movie that weds some of the genre’s most elemental tropes to a weird and poignant parable of a loveless witch who seeks to punish the world because of her own disappointments in love and motherhood.

Australian-Macedonian filmmaker Stolevski’s uncategorizable and emotionally gutting debut shares some DNA with his contemporaries, but it is an entirely different, more intractable beast — a coming-of-age nightmare that employs an almost Faulknerian cadence in how it moves freely from one character to another, or amidst one character inhabiting the bodies of several others via body-hijacking possession. It’s a challenging movie, but one so overflowingly empathetic for even its cruelest characters that the emotional beats outweigh the headier structural conceits that make for a narrative often hazy, out of reach, and gorgeously weblike.

Terrorizing a 19th-century Macedonian village is the supernatural fable of Old Maid Maria (Anamaria Marinca), a 200-year-old witch whose malevolent envy, jealousy, and despair over her own childlessness have afflicted its residents and haunted its lore. Once burned at the stake but stuck still living in her desiccated flesh — a gruesome feat of makeup and prosthetics that sets off an immediately discomfiting journey — she wants everyone who’s ever been even remotely happy to suffer tremendously. In the film’s opening moments, the red and wrinkly Maria marks the body of a newborn peasant girl, staking claim on her soul and rendering her mute in the process. Now an inevitable black sheep, the infant Nevena is placed by her hysterical mother in a pit in the ground, where she will live out her childhood until she’s 16, when Maria, as part of a blood pact, will come back for her.

And on that 16th birthday, the teenaged and now delirious and feral Nevena, played with saucer-eyed ferocity by Sara Klimoska, is transformed herself into a witch by Maria. The Old Maid’s method is of a “witching spit,” an ingeniously conceived mode of transmission involving a flesh wound and supernaturally charged saliva that’s just one of Stolevski’s creepy mythological inventions. Body-swapping, soul-sucking, witchcraft, and vampirism ensue as Stolevski builds a novel mythology for how Nevena, now a witch prowling on the surface of the Earth, proceeds to take on the forms of other people. Stolevski has concocted a fantastically gory method to the witch’s madness, as, in order to take on the body of a new host, she must imbibe their organs into her own body. This makes for some queasy body horror sequences involving bloody intestines and giblets shoved into a chasm in the new witch’s chest, and suckling on the gushing wounds of carcasses and corpses.

Nevena’s first conquest is put-upon, domestically abused village wife Bosilka (played by Noomi Rapace), one in a long line of hosts Nevena will take on with giddy and sometimes accidental abandon throughout the film. Still unable to speak, Nevena, installed in Bosilka’s body, can now touch, see, and feel as a human does — and those revelations have consequences. She’s stumbling through civilized life with an almost “Under the Skin”-like sense of discovery, and Stolevski aligns us closely with what it sounds and looks like (thanks to Matthew Chuang’s tactile, often uncomfortably close camera) to be a newly reborn person with no concept of human interaction thrust into vigorous life. Things get more twisty as Nevena starts taking on the bodies of men — first, an attacker she thwarts, and then a quite dashing local who foists himself upon her — and in turn discovers the greater societal purchase they have as men moving through a man’s world. At one point, Nevena spies a gaggle of naked, broad-chested young men frolicking in a stream and engaging in some pruriently teenage behavior, notching up Nevena’s sexual curiosity and setting us up for the earthy eroticism that takes hold of the movie in its back half.

Stolevski and editor Luca Cappelli don’t hold your hand as they guide you through the trickier, stream-of-consciousness final passages of the movie, whose scares are punctuated by moments of transcendent visual poetry. A mesmerizing score by Mark Bradshaw (composer on Jane Campion’s “Bright Star,” whose woozy period beauty feels like an influence here on Stolevski) blends ambient Brian Eno vibes with searching piano melodies that carry the film’s many luminously crafted montages as Nevena (or whoever she is at any point) comes up and into humanity almost as if on a drug.

Stolevski takes some bold temporal leaps, backward and forward, to fully peel back the myth of Old Maid Maria in the movie’s chilling coda. The cutting itself seems possessed by Maria’s own transmogrifying spirit, shifting between perspectives in ways that become dizzying and destabilizing, but never less than arresting. Eventually, Stolevski miraculously finds a way to make you feel pity and tenderness for Maria, as she rues her life and what she’s destroyed and lost. A harrowing backstory for Maria emerges that brings us closer to understanding her own trauma, and why she’s resigned herself to a life of ritualistic destruction. The Mobius strip effect of the film’s ending, ribboning elegantly back to its beginning, evokes a feeling of being stuck on a loop, destined to repeat a history of failures and regrets but also joys and ecstasies. In Stolevski’s assured hands, it’s a loop worth taking more than once.