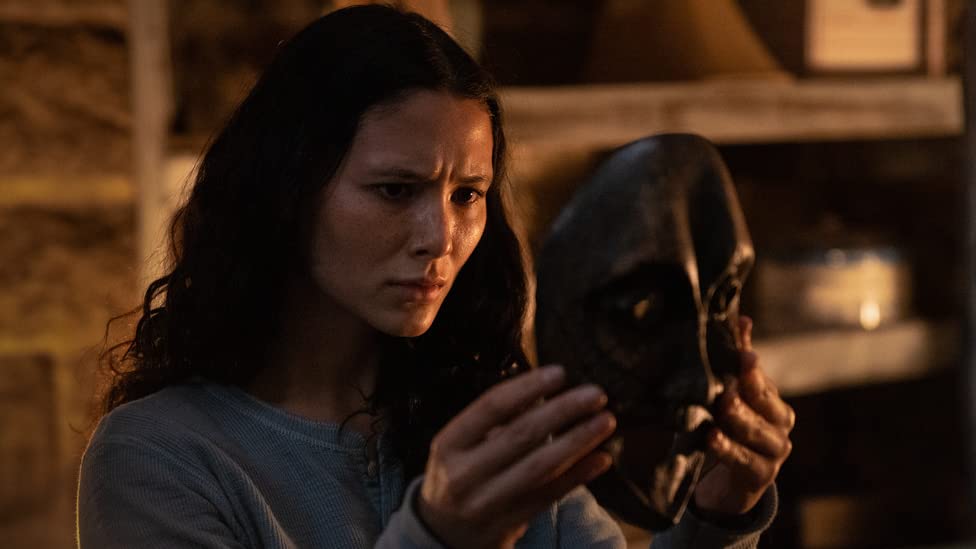 Amanda and her daughter live a quiet life on an American farm, but when the remains of her estranged mother arrive from Korea, Amanda becomes haunted by the fear of turning into her own mother.

March is shaping up to be the first jam-packed month of the 2022 film season, and although everyone’s attention is focused on a particular bat-centric blockbuster that came out today, there are also a slew of lesser films to look forward to this month.

Umma, a supernatural horror thriller starring Sandra Oh and directed and written by Iris K. Shim, is one of the films. Sony Pictures has unveiled a new teaser, poster, and pictures to promote this frightening story ahead of its March 18th theatrical release. Oh’s Amanda looks to be a single mother raising her kid (Fivel Stewart) on a farm in America in the trailer. Amanda’s life is turned upside down when a man sends the ashes of her dead mother to her in a box from Korea, and a mysterious presence starts to stalk her family. “Some Koreans believe that life’s hardships are caused by the tormented spirits of their ancestors,” Amanda tells Atypical actor Stewart, which might explain the film’s terrible occurrences.

However, Iris K. Shim, who is of Korean origin, wrote and directed Umma, her first feature film in both roles. She previously worked on Jackie Chain’s The Foreigner and directed the documentary The House of Suh. Dermot Mulroney from Hanna, Odeya Rush from Lady Bird, MeeWha Alana Lee (who joins Oh in The Chair), and veteran Tom Yi round out the group. Oh and André Verdal are two of the film’s Executive Producers.

As per The Screenrant, the film is produced by Zainab Azizi and Sam Raimi, and is one of several new horror ventures funded by the Evil Dead filmmaker. Meanwhile Umma will haunt its way to theaters on March 18.