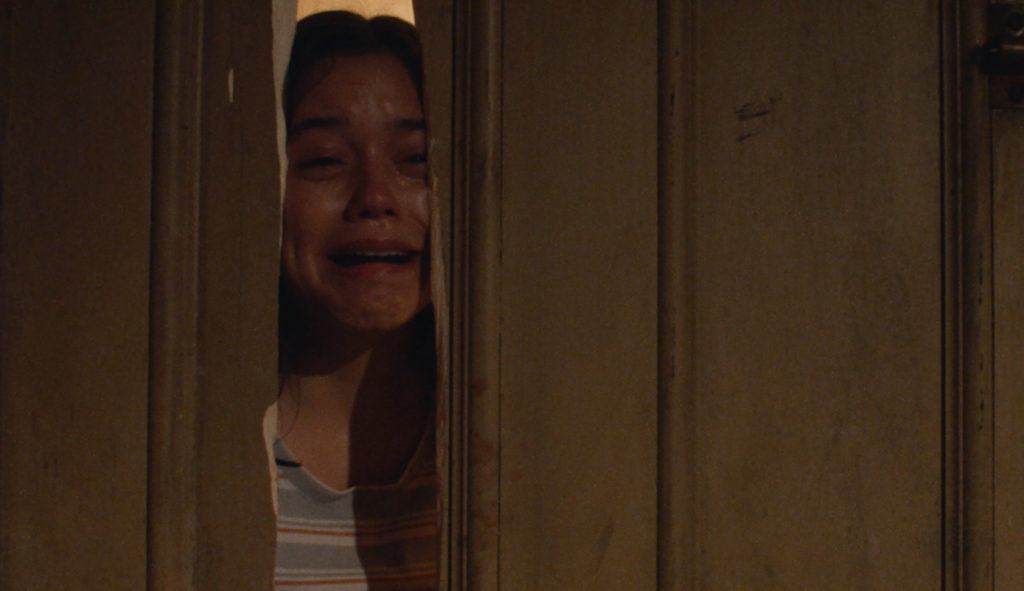 Considering that sequels to The Texas Chain Saw Massacre are still being cranked out, writer-director Ti West (The House Of The Devil, The Innkeepers) shows guts in reframing many images from Tobe Hooper’s 1974 classic early in X. Quite a few of his nods are deliberate misdirections and this has more on its mind than power-tool homage. He also evokes other major horrors — especially Psycho and Hooper’s Chain Saw follow-up, Death Trap, aka Eaten Alive — to build background dread while the main characters think they’re in a comical, down-home Boogie Nights.

The 1970s was an era when young filmmakers who might have made horror films thought there was mileage in arty dirty movies, and older producers were distracted from young flesh by the prospect of big box office. X has fun with the seamy milieu, showcasing bright performances from Brittany Snow and Mia Goth as would-be sex stars, Jenna Ortega as a porn-curious sound recordist (the real sound design, by Graham Reznick, is excellent), and Martin Henderson as a cowboy-hatted Larry Flynt wannabe.

When natural and unnatural desires are awakened on the porno shoot and an aged American-gothic farm couple get involved, the horrors go into overdrive, as X races through its second half with eye-opening (and -piercing) shocks and surprises — funny, horrific, and just plain weird. Many who attempt retro horror fall into the trap of simply imitating their favourite films, but Tobe Hooper, George Romero and Brian De Palma were as hung up on French New Wave, Bergman and underground cinema as Hitchcock and Hammer, and West judiciously stirs in these influences. He uses disorienting editing tricks to ratchet tension, but also holds long, cool shots of folks relaxing in nature, unaware of looming threats — a lake scene with Goth and a gator is liable to be much-cited.