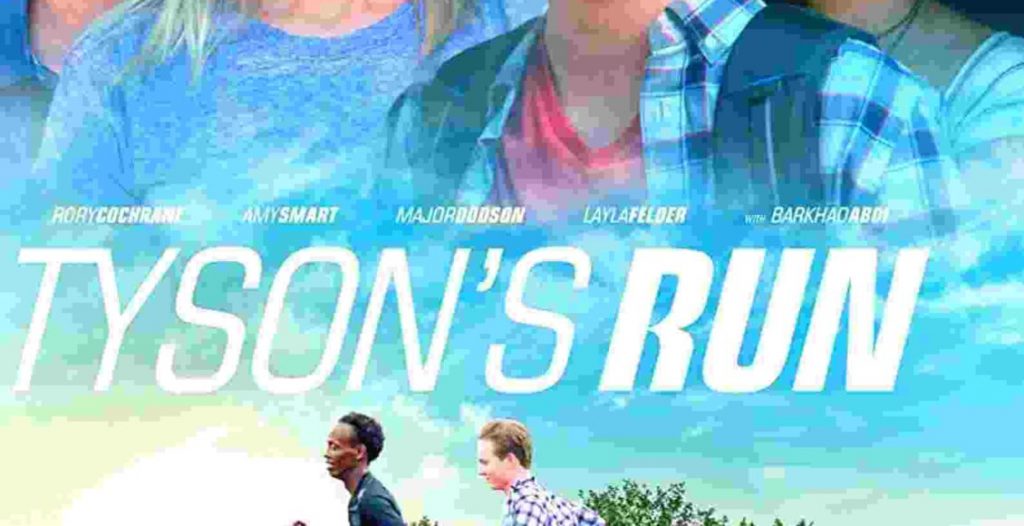 The hearts of those making “Tyson’s Run” were certainly in the right place. The production scheduled to open in theaters on March 11 is a very sensitive and uplifting story of just how able an autistic person can be.

Unfortunately, heart is not the only measurement for a film. It must also feature a story that stays within the boundaries of illogical actions and reactions. There is also a responsibility to make the characters textured enough that there is a very human element present. Those are areas where the film struggles.

Director/writer Kim Bass has trouble in those two areas and that eventually keeps “Tyson’s Run” from being a champion. It is admirable the film was inspired by a real person but inspiration can only go so far.

Tyson (Major Dodson) is a 15-year-old who has never allowed his autism to limit him. When he reaches a point in homeschooling where his mother, Eloise (Amy Smart), can no longer teach him, Tyson pushes to attend the public school where his father, Bobby Hollerman (Rory Cochrane) is a legendary high school football coach.

High school is an emotional battlefield as Tyson must deal with the taunts and teasing of classmates. When Tyson expresses a desire to help his father win another football championship, he is relegated to cleaning up after the team.

This changes when Tyson befriends Aklilu (Barkhad Abdi), a local shoe salesman who is a champion marathon runner banned from competing. He becomes Tyson’s trainer when the teen expresses a desire to compete in a local marathon.

There are two ways to look at “Tyson’s Run” as it is both a sports movie and a family drama. A focus on the sports angle leaves the film in the creative dust.

A trope of sports movies is to have a complete underdog rise up to be a winner. But, the winning part is not so much the final score but what the person learns about themselves in the struggle. Even Rocky Balboa failed to win his big match in the original “Rocky” movie.

Bass has put together a script that goes beyond how an underdog can find the courage to succeed and takes it to such an unbelievable level that the film suffers. The approach is so out of bounds with reality that “Tyson’s Run” almost slips into the fairytale realm.

That leaves the family story and while the production is filled with stereotypical characters and over-the-top performances, there is a lot of strength in the father-son scenario. This is where the movie finds its heart.

Cochrane turns in a properly gruff performance showing the conflicts his character faces. It is logical that an athlete who had a career cut short would want their child to fill that success void. That becomes less of an option for the high school coach whose playing days ended with a shoulder injury because of not having the kind of son he wanted. Tyson may not see his autism as a hindrance but his father certainly does.

The growth of the father-son relationship is the best part of the work by Bass. There are a few elements that are rushed but overall the approach is solid. It had to be a strength because the movie has so many weaknesses beyond the sports elements.

There is also a nice father-son style relationship between Tyson and Aklilu. Abdi’s character provides the wise fatherly advice that Tyson is not getting at home.

Dodson had the difficult task of portraying someone with autism. Even though the actor is on the spectrum, it would have been easy for the performance to have become a caricature but Dodson finds the right tone for the performance. Points to Bass for the very sensitive casting.

The father-son relationships are needed to save “Tyson’s Run” from all of its problems. High school bullies are expected in this type of story but in the case of “Tyson’s Run,” those picking on Tyson come across more like comic book characters than real students. They are so out of touch with anything in the real world that one of them uses a mirror to look up the dress of a teacher.

The bullies are not the only poorly developed characters. Reno Wilson plays the mayor of the town hosting the marathon. He comes across like a melodrama villain as he talks about how someone like Tyson should not be in his race. It is not surprising a politician would be worried about a public image but the expression of these concerns should have been presented in a more realistic manner.

Wilson is not alone. Smart has shown through her work on “Stargirl” that she can play a worried but understanding mom. Bass directs her to make the mother in “Tyson’s Run” too irrational for the kind of grounded work needed.

As a sports movie dealing with marathon running, “Tyson’s Run” hits the wall in the first act as it just never finds the proper stride or pacing. It does get a few more miles out of the family elements.