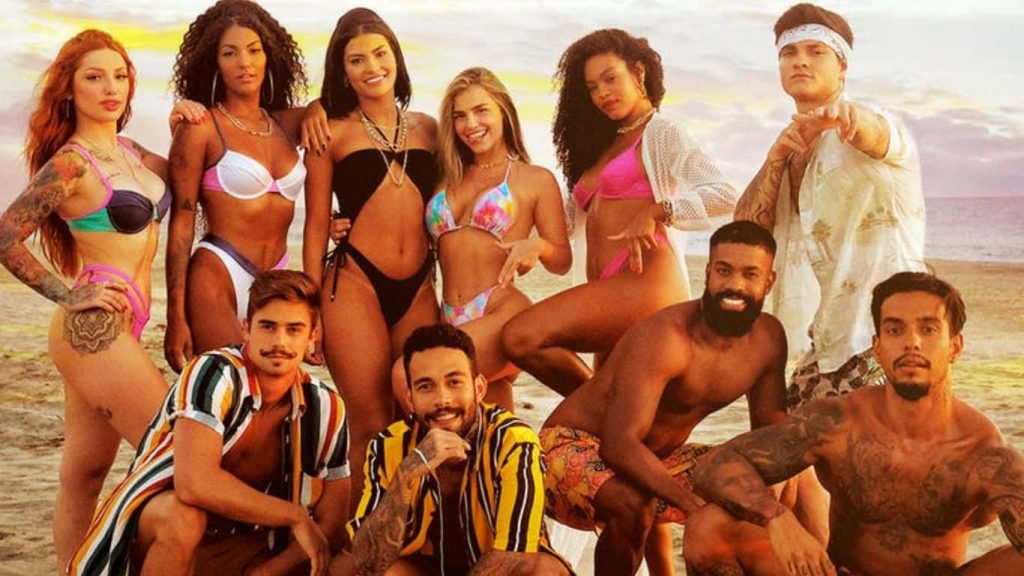 In Too Hot To Handle Brazil, men and women come together in a tropical paradise for an unforgettable vacation. But there’s a twist. These commitment-phobes who love a casual hook-up will have to give up all hanky panky for the entire retreat if they want to win the grand prize. No kissing, no heavy petting, and no physical contact of any kind. With every slip, the prize money goes down. It remains to be seen if the serial singletons will be able to form deeper emotional connections.

Too Hot To Handle is going abroad, with Netflix taking the hit reality series to Brazil. The fans will get to experience the show with a new set of hot singles making connections in a different country for a chance to win a grand prize.

Viewers will experience the same format they’ve seen with Too Hot To Handle seasons 1 and 2: five men and five women will be thrown into absolute paradise with the chance to win a high grand prize. In order to successfully secure the cash prize, these uncommitted individuals must come together to build meaningful relationships. The rules are simple: don’t have any kind of physical intimacy while living in a romantic paradise. If these contestants kiss, do any heavy petting, or any other form of physical interaction, the prize money total is reduced. Each action influences how much money is subtracted.

For this new Brazilian edition, Too Hot To Handle is heading to São Paulo, Brazil, and it will be produced by Fremantle. In Portuguese, the show’s title is Brincando Com Fogo, which would translate to something like “playing with fire.” Netflix has officially released its premiere date, which is set to come out on July 21. When it comes to the series’ format, not much is going to change. The idea of sending commitment-phobe singles to a paradise setting will still be in play, and the contestants will come from all over the world. And, of course, Lana will always be watching with comedian Bruna Louise commentating. However, there is the possibility that Too Hot To Handle Brazil will include a wider diversity of sexual orientations amongst the group. Due to the COVID-19 pandemic, production was put on hold and its fate was unclear at one point. However, with the world slowly reopening, Too Hot To Handle Brazil is back in full swing.

The cast of Too Hot To Handle Brazil is as gorgeous as the lineup of singles brought into the American seasons of Too Hot To Handle. All of the contestants in the cast range from 21 to 29 years old. In turn, their careers are very eclectic and include entrepreneurs, a DJ, an actor, an athlete, and a few models. Moreover, just like Too Hot To Handle season 2, there is another lawyer amongst the cast members. There is also a former military man (although he is now an artist) who technically should have no problem following the rules.

To the average person, the Too Hot To Handle format may come as an easy feat. For these contestants, however, staying away from one another is one of the hardest things they will ever have to do. These handpicked individuals are used to living an uncommitted, no-strings-attached lifestyle and using it as a way to get by. But on this island, they will have to forgo their physical side and get in touch with their emotions. Lana will be watching their every move!