Trollhunters: Rise of the Titans 2021 Movie Review
Skip to content 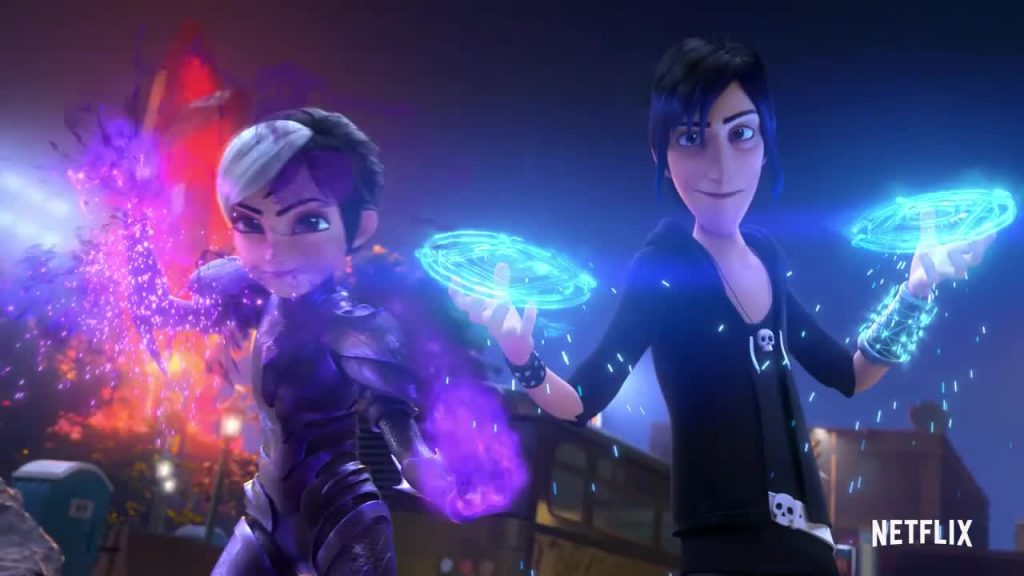 The movie is set in the world created by del Toro in his epic Emmy-winning Tales Of Arcadia trilogy. In the animated fantasy adventure, Arcadia may look like an ordinary town but it lies at the center of magical and mystical lines that makes it a nexus for many battles among otherworldly creatures including trolls, aliens and wizards. Now, the heroes from the Trollhunters series team up in their most epic adventure yet, where they must fight the Arcane Order for control over the magic that binds them all.

The trailer release comes as del Toro, executive producer Chad Hammes, and directors Andrew L Schmidt, Francisco Ruiz Velasco and Johane Matte were sitting down for a panel at the Annecy International Animation Film Festival during which del Toro recalled first presenting the Trollhunters franchise at the festival in 2016.

Of the team surrounding him, del Toro said, “From the beginning, I tried to get together a group that would bring things to the table that were different.” He also explained that the project was conceived as “three series that you can put together like a diorama and then you see how on an early episode of Trollhunters you’re going to see the characters of wizards and 3Below interacting, and then go back on a Möbius strip and see other episodes from the others’ point of view. Then finish with a movie.” He noted, “It sounded really crazy, but we were very careful in how we developed the assets, but also in the storytelling.”

Del Toro previously pitched the series as live-action and set in the 1980s. Per del Toro, then-DWA chief Jeffrey Katzenberg replied, “We don’t do TV.” So, del Toro explained, “we started to try to cram it all into a feature. It was impossible.” Then, “One fateful morning Jeffrey invited me for breakfast, and when he pays for breakfast there’s something about to go, and he said, ‘Don’t kill me, but what do you think about doing it as a TV series?’ And I said, ‘That’s the best news we’ve ever had.’”