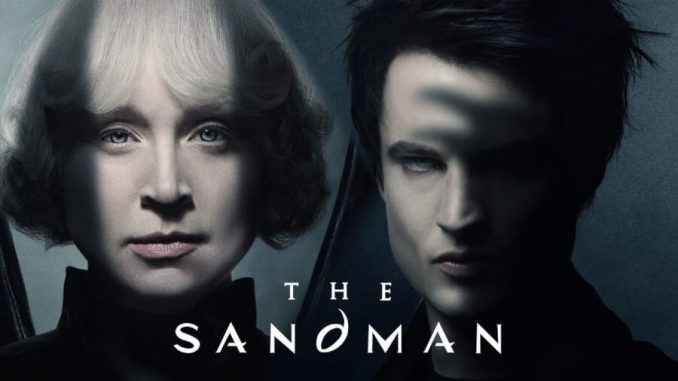 As a newcomer to Neil Gaiman’s seminal comic book series “The Sandman” (cue diehard fans immediately clicking out of this review, and fair enough!), I came to Netflix’s adaptation with an open mind and curious eye. Knowing this 1989 title had spawned onscreen spinoffs of “Sandman” characters — “Lucifer,” “Constantine,” etcetera — but never one of its own, it was hard not to wonder what about it might have made a live-action version so hard that it never happened until now. As I went back and forth between the TV show and the original volumes, though, the difficulty that any production would have in tackling its scope became clearer — and made Netflix’s result more impressive, too.

As adapted by Gaiman, Allan Heinberg (“Wonder Woman”), and David S. Goyer (“Constantine,” “Foundation”), TV’s “The Sandman” errs toward a literal translation of the comics as often as possible. For as complex as the series’ mythology becomes, the show finds a way to introduce new fans without completely confusing them. All it has to do to bring us up to speed is explain that The Sandman (aka Dream, played with gravel-voiced gravitas by Tom Sturridge) is one of several siblings who rule crucial aspects of humanity, from Dream, to Death (Kirby Howell-Baptiste), to the twins of Desire (Mason Alexander Park) and Despair (Donna Preston). From there, you’re either in or you’re out, and off it goes.

Each of the season’s 10 episodes tend to faithfully correspond to specific comic issues, from the opening saga (“Sleep of the Just”) of how Dream got captured by a nefarious amateur magician (Charles Dance, good as ever to make an immediately sinister impression), to Dream confronting a defiant vortex that threatens to swallow his realm for good (“Lost Hearts”). Some episodes transpose Gaiman’s lines word for word, including “The Sound of Her Wings,” which introduces Howell-Baptiste as an especially magnetic, warm version of Death. Others expand and flesh out an issue’s initial ideas, such as one deeply disturbing chapter (“24/7”) in which an escaped psychiatric patient (portrayed with perfectly unnerving precision by David Thewlis) turns a rest stop diner into his own personal morality experiment.

There are, as was inevitable, a couple of exceptions to the “one issue equals one episode” rule. For one, the season excludes flashback volume “Tales in the Sand” entirely, which frankly may be for the best. For another, the TV show threads the entire season with the lurking threat of “The Corinthian,” a vicious rogue nightmare played by Boyd Holbrook with a chilling, silken smirk. But if any diehards have made it this far in the review, rest assured: Netflix’s “The Sandman” hews unusually close to its source material in terms of content. Where it diverges most, then, is in its casting and visuals — one of which proves an immediate improvement, while the other ends up a disappointment.

As Dream, Sturridge can’t do a whole lot beyond what’s asked of him (i.e. embody an incredibly self-serious immortal being without making him insufferable), which he does admirably enough. But one of the smartest aspects of Gaiman’s initial approach to sketching out the series’ enormous mythos is that the story weaves in plenty of other main characters for the audience to latch onto when Dream is too busy moping to be compelling. What’s more: in one of the most obvious and welcome changes from page to screen, many of them are no longer such similar white blondes, either. As well as Howell-Baptiste’s Death, who began as a peppy emo girl in the comics, there’s Hell’s guardian Lucifer, now played by “Game of Thrones” standout Gwendoline Christie. Dream’s faithful librarian goes from Lucien to Lucienne (a steady-eyed Vivian Acheampong). Cockney demon hunter John Constantine, who’s had plenty of TV representation already, shows up here as Johanna (a refreshingly unleashed Jenna Coleman). All told, and to its credit, the onscreen “Sandman” thankfully includes a far broader swath of people and backgrounds than its source material.

It would be tempting to say the show less monochromatic than the comic, if only that held true for its aesthetic. The original illustrations — first shaped by Sam Kieth, Mike Dringenberg and Malcolm Jones III with colorist Daniel Vozzo — matched Gaiman’s stark words with equally distinct images of formidable gods, twisted realities clashing with dream worlds, and the shocking viscera of violence. It’s always asking a lot for an onscreen adaptation of a comic to match its inspiration, but Netflix’s version rarely captures the same visual spirit outside of, perhaps, “24/7,” directed by Jamie Childs. Otherwise, Dream and his cohorts too often get lost in dingy darkness or wide, muddy CGI landscapes that ring too false to be truly engrossing. Even Lucifer’s black feathered wings can’t match the majesty of the ones rendered in pen and paper with veins and the stretched leather of unfathomable age. That “The Sandman” ends up looking a whole lot like Netflix’s adaptations of “Locke and Key” or “Shadow and Bone” is remarkable, considering how wildly different Gaiman’s self-consciously gritty comic is from those YA fantasy novels.

Nevertheless: the show works hard to set itself apart from those Netflix attempts at reanimating beloved properties that instead flattened them out. Most notable — at least from this exhausted TV critic’s perspective — is that the season metes out its material with an economical approach (no episode runs over 54 minutes) and smart narrative structure. Though The Corinthian looms large throughout, the first several episodes send Dream on a hunt throughout the waking world for his beloved “tools,” which acts as a useful introduction to his powers and attitude towards his human subjects; in the back of the season, the show shifts towards explaining Dream’s siblings and precarious place amongst them as the clock ticks down to a potential catastrophe. With enough forward-facing momentum and the might of Gaiman’s ever-complicating lore behind, Netflix’s “The Sandman” justifies its existence — and the potential for so much more story to come — time and time again.