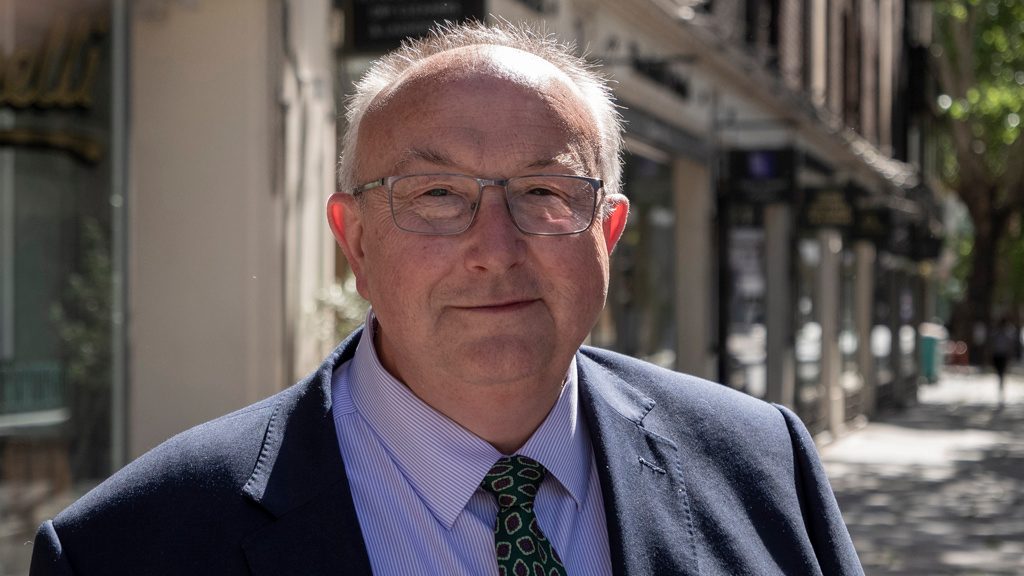 This documentary series looks at the career-defining moments of British Detective Inspector Colin Sutton, who tracked some of the world’s most dangerous criminals

June 3, 2021That exploration comes via Mr. Sutton’s recollections of those cases—how each began, where it led, its uncertainties and costs. We see examples of that last—the costs—in the recognition that comes to a certain kind of crime victim: parents, for instance, whose child has been killed, who quickly understand how little comfort they will derive from seeing justice done to the perpetrator. But this isn’t the sort of work meant to deliver lessons—it’s a picture of a society rife with predators and the preyed-upon. One, to be sure, that’s also filled with protectors, the forces of civilization, the powers of law and order, and one in which dangerous criminals are always caught in the end.

It’s what happens before that end that’s the story here. In episode 1, Mr. Sutton recounts the case of “The Night Stalker,” who worked the South East London area for 17 years, breaking into the homes of elderly women in the middle of the night—women who lived alone. A circumstance the criminal made sure of before settling on a target. The women who endured these assaults later reported on the manners of their attacker—a rapist who was sometimes determined to show a bit of delicacy to those he had just raped and robbed. The man who broke into the house of an 84-year-old woman in 1992 removed all the lightbulbs and cut the phone line. He then proceeded to show something of a caring attitude, according to his victim, or so it seemed when—fearing she had fainted or was about to—the rapist took her wrist to check her pulse and, somewhere along the way, kissed her on the lips. The police theorized that he wanted to leave a good impression in the event he was later caught.

None of this suggests that the woman who had wakened in the middle of the night to find an intruder with a gloved hand over her mouth, demanding money and then molesting her sexually, was anything but terrorized. One victim, a witness reports, was never able to sleep in her house again, feared going to bed, and dreaded the coming of night itself for the rest of her life. headtopics.com

The prime strength of this tale derives, not surprisingly, from Mr. Sutton, whose reflections on the past, on what it finally took to catch the predator known as “The Night Stalker,” come charged with a subtle intensity. The impact on him of his meetings with some of the women who had lived through those middle-of-the-night terrors has left its mark. He recalls one of these women—in her 90s, decidedly frail, with no sight in one eye, but with a way of speaking that awed him with its grace. His eyes light up remembering. He tells and shows, in detail, exactly how she took his hand, folded it in her own, and pulled him toward her as though she had something to tell him, which was, in fact, the case.

What she had to say, when he had come close enough, was “He interfered with me, you know.”Mr. Sutton was deeply moved by her courage, by what it must have taken for her to speak of what had happened. She had told no one else. He thought of all the other women and he wanted to cry.

Of the remaining chapters in this eight-part series, all substantive cases of crime and punishment, none comes closer to the powers of episode 1 than episode 5, “The Murder of Christopher Donovan. ” This case about a fight that erupted suddenly between two groups of young men passing one another on the street—and that left the happy, ambitious 18-year-old Christopher dead—is enthralling on many counts. Not least, the inventive police work that determined which member of an attacking mob delivered the lethal blow.