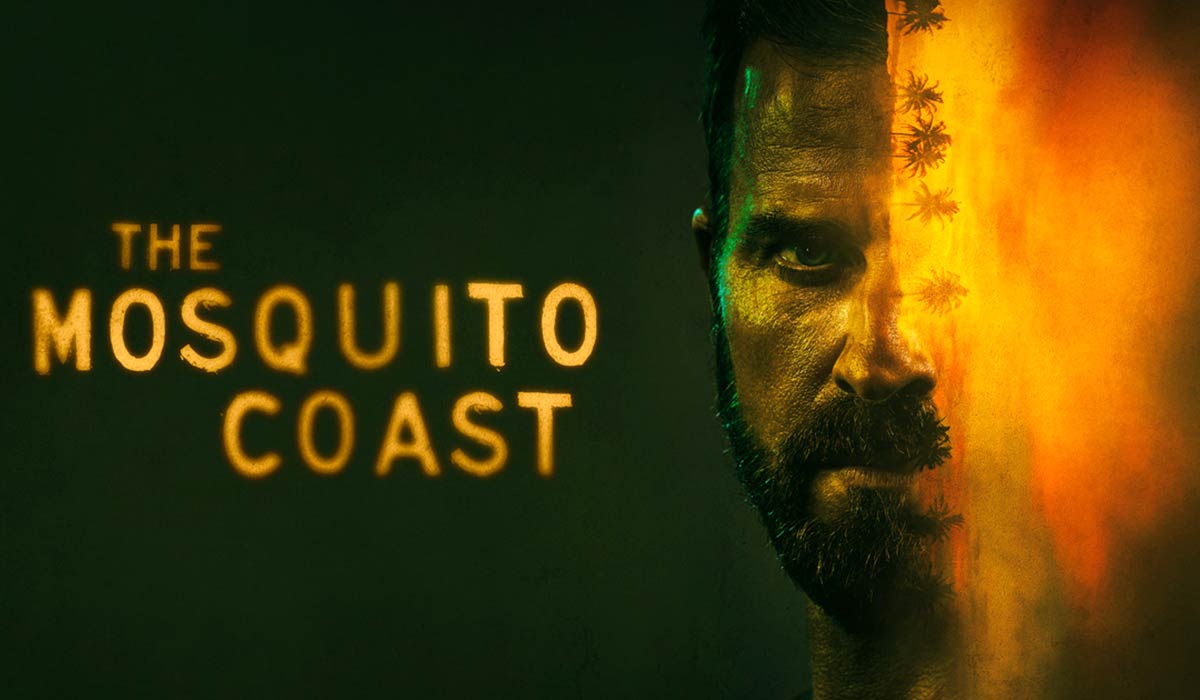 As you’ve likely heard by now, “The Mosquito Coast” is a family affair. The Apple TV+ drama stars Justin Theroux as the rakish patriarch Allie Fox, a character first created by Paul Theroux in his 1981 novel of the same name. Despite pronouncing their shared surname with altered inflections (Justin typically goes by “Tha-row,” while Paul insists it’s “Tha-roo”), the series’ executive producers are also nephew and uncle, coming together to retell a 40-year-old story for modern audiences.

“Modern” is a two-sided coin for “The Mosquito Coast.” Plenty of factors separate the book (which was also turned into the 1986 film starring Harrison Ford) from the series, but perhaps most striking about the latest adaptation is how much DNA it shares with popular, modern crime dramas. Anyone familiar with the moral conflicts driving Walter White and Marty Byrde — two family men who involve their kids in a life of crime despite the obvious and imminent dangers — will see similar arcs play out with Allie, as well as his wife, Margot (Melissa George), son Charlie (Gabriel Bateman), and daughter Dina (Logan Polish), as the Fox family is forced out of their secluded life in Southern California when the government comes looking for their father the fugitive.

What exactly Allie did to get himself in trouble remains a mystery throughout the seven-episode first season, as he goes in search of an Arcadian retreat, free from Big Brother’s intrusive eye, where he and his family can build their own little utopia. He’s asked why he’s a wanted man often enough that the continued obfuscation can prove frustrating, and similar avoidances stack up by midseason, as the thrilling pilot slows to a crawl. That’s a problem for a show built on forward momentum — the foursome is on the run from the first episode — and its enlivening first and last episodes strain to make up for a soggy middle.

Still, the Therouxs keep “The Mosquito Coast” out of quicksand. Paul’s original story translates to a gripping interpersonal experiment: How far are you willing to follow your family? When does the sanctity of a family unit become less important than the well-being of each individual member? Could you spot the line you can’t cross when running full speed ahead? These are sharp hooks, even if they’ve been used before, and showrunner Neil Cross also infuses a sly anti-nationalist narrative to the Fox family’s search for safe harbor. As they cross the border into Mexico, what could be framed as one family’s shocking survival story is reframed through the people who get dragged into their risky agenda.

Paired with a few key speeches from Allie that decry America’s wasteful nature and unwillingness to support its needy citizens, the show’s strict opposition to capitalism while conceding its inherent place in the American identity creates a complicated family portrait. In this aspect, the show’s refutation of modern sensibilities becomes a distinct attribute. Allie isn’t just an antihero; he makes enough valid points (and follows through on enough promises) to convince you his plan could work, that there’s a better home for the Foxes outside of America, even if he’s more risk-inclined than TV’s more upstanding dads. Margot is too much of a mystery. More time should be devoted to her past and how her own beliefs do and do not align with Allie’s. She almost feels like a third kid, who’s still establishing an identity despite being on this earth an extra three decades.

Where “The Mosquito Coast” succeeds unequivocally is proving Justin Theroux as a top-tier lead. By now, everyone should have their own association with the writer (“Tropic Thunder”), character actor (“Maniac,” “On the Basis of Sex”), and occasional sketch comedian (“At Home with Amy Sedaris,” “Wanderlust”). Maybe you just know him as Jennifer Aniston’s ex or the greatest dog dad who ever lived. He doesn’t have as many hit shows under his belt as Jason Bateman or Bryan Cranston did (even if he did lead the best drama of the 2010s), but anyone who caught HBO’s “The Leftovers” will forever associate him with another complicated father figure, Kevin Garvey — though that’s really where any comparison to Allie ends.

In many roles, the real-life fashion enthusiast will disappear into his character’s wardrobe, wig, or specially honed ticks, showing off his range by transforming into a a whole other person. Here, there’s nothing to hide behind. Allie doesn’t have an accent or distinguishing features. He dresses like a maintenance man, whether he’s on the job or not, and other than a pair of granny glasses (complete with a neck strap), he’s typically moving through life unencumbered. But much like “The Leftovers,” Theroux doesn’t seem lost without his props. He’s stronger, his presence more concentrated, and his constructed traits readily identifiable. When he launches into a monologue about consumerism or lights up over an invention, the actor manifests electricity with just his eyes, channeling a mad scientist without the manic, cackling associations. When he’s surprised, scared, or excited (sometimes all at once), his reactions are so naturally layered you’re drawn in further, hoping to understand which side of Allie will win out in this moment and the next.

Without spoiling anything, the first season is literally built around two of Theroux’s looks, both of which prove simultaneously enigmatic and demonstrative. In these glimpses into Allie, “The Mosquito Coast” finds the kind of depths needed to build a history worthy of its origins and more modern inspirations. Season 1 isn’t quite there yet, but Theroux is reason enough to look to the horizon.