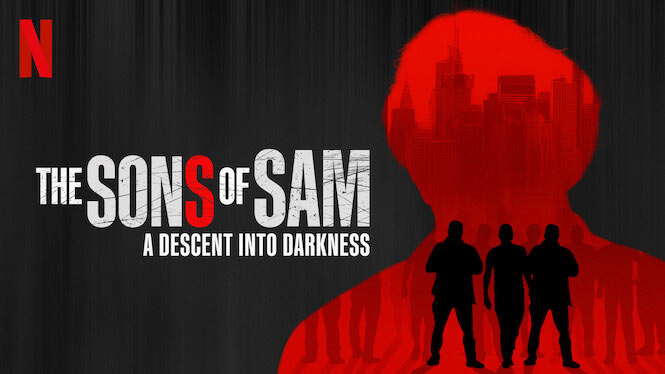 Greetings again from the darkness. Obsession can take many forms, and a few are on display in this latest Netflix docuseries from filmmaker Joshua Zeman. For those alive in 1977, you likely remember the reign of terror in New York City due to the “.44 Killer”, later known as “Son of Sam”. Fear was pervasive, and the shootings that actually started in the summer of 1976 but not connected until months later, mostly seemed random, which added to the public panic. Despite the title, Zeman’s docuseries is not so much about the murders, but about one man’s obsession with proving the ‘Son of Sam’ was really more than one person, and that the relief felt by citizens after the arrest of David Berkowitz, was misplaced.

Maury Terry was an IBM employee with an exceedingly inquisitive mind. His interest in the Son of Sam case pushed him to slowly evolve into an investigative journalist ultimately convinced that the NYPD had closed the case too soon, and not approached his own level of in-depth research and detail. Terry’s work is presented here after being delivered to Zeman in three boxes after Terry’s death. Paul Giamatti reads Terry’s own notes and book passages, and Zeman fills the four episodes with archival news clips, Terry’s own videos, shots of newspaper clippings, and interviews (past and present) from family members, cops, journalists, and even surviving victims. There is a recounting of columnist Jimmy Breslin’s time as a conduit to Berkowitz, a clip of Berkowitz’s father’s press conference after the arrest, and a fascinating tale of Maury Terry’s first date with his ex-wife … anyone looking for a good dating tip should ignore this segment.

Towards the end of the first episode, we see the iconic video of David Berkowitz smiling at the camera as police take him into custody. Since a (at the time) rare .44 caliber pistol was found with him, and Berkowitz confessed to the murders during his interrogation, the NYPD was quick to go on TV and announce to a relieved citizenry that the streets of New York were again safe, and Son of Sam was behind bars.

However, for Maury Terry, the case and the evidence just didn’t add up. He was intrigued by many bits and pieces. Berkowitz stated that his actions had been guided by a 1000 year old demon through his neighbor Sam’s dog. Additionally, the variances in police sketches drawn from eyewitnesses over the year simply didn’t add up to being the same guy. As to Berkowitz himself, the personality of the Yonkers postal worker didn’t fit cleanly into the police profile either. The more skeptical Terry became, the more doubt his research created. The final 3 episodes really focus on the case work he performed over decades … especially his belief that the murders traced back to a satanic cult.

The show is well crafted as it connects us visually with Terry’s writings and findings (including his 1987 book “The Ultimate Evil”). We see ‘The Devil’s Cave’ and get a nice overview of the neighborhood where Terry spent much of his time investigating. We also head to Minot, North Dakota and Stanford University to gain intel on how those two sites tie-in to the case. Additionally, there’s a possible connection to the Charles Manson family. The show is elevated by real life occurrences such as the letter Berkowitz wrote to Terry, and how seemingly unrelated murders might have a connection. In fact, by the end of episode four, we can’t help but take note of the chain of dead bodies beyond those of the Son of Sam victims. Could it all be coincidence, or possibly the result of Maury Terry stretching too hard to make his case?

Crime shows are big TV ratings business these days, and this one blends the best of that with a notorious real life event. Having the retired Police Captain Borelli defend the work of the police somehow doesn’t make us feel more satisfied with their findings, and by the end, we are just as skeptical of Terry’s beliefs as we are of the department’s proclamation that Berkowitz acted alone. Of course, the highlight of the show are the videos of Terry interviewing Berkowitz in person at Attica. This was influential for Netflix’s brilliant series “Mindhunter” where Oliver Cooper played Berkowitz. We are tuned in to the body language of a guy who has been in prison for years. Even more than 40 years later, the events prove traumatic to revisit, and are only made creepier by Terry’s theories. Were his theories on the right path or was he a lunatic conspiracy theorist, as many described? It’s only now that we can question the accuracy of Berkowitz’s first letter to Terry when he told him, “The public will never truly believe you.” Whether accurate or not, there is no questioning Maury Terry’s obsession with the Son of Sam case. Zeman’s docuseries will tax your armchair detective skills and leave you wondering what’s real.

***NOTE: the opening credits of each episode feature a rocking version of “Season of the Witch” performed by Joan Jett. It’s certainly not the chilling version by Lana Del Rey or the psychedelic version from Donovan, but it’s the perfect fit for this docuseries.