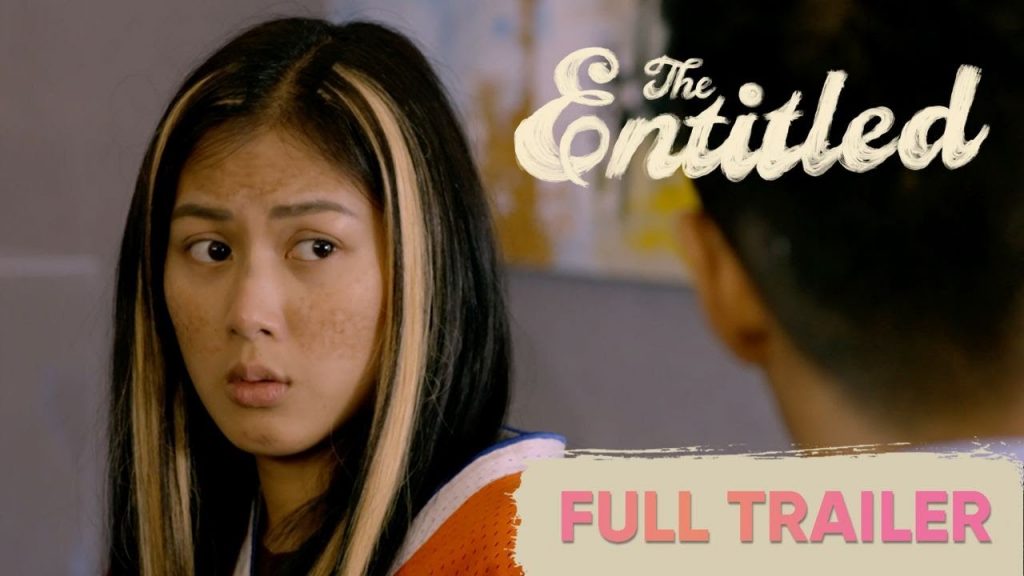 Belinda (Alex Gonzaga) is a poor orphan from the wrong side of the tracks. When her estranged father – a hotelier – makes contact, Belinda is introduced to high society, and must unlearn all of her unsophisticated mannerisms. Along the way, she strikes up a friendship with her father’s maid and potential romance with his lawyer (JC De Vera).

From the very first frame, it’s apparent that the film will be extremely exaggerated – both in its acting and in its storyline. The acting is so egregious, it’s hard to watch, especially Gonzaga’s performance in the first half of the film. The Entitled spends so much time trying to draw parallels between poor people and bad behavior, but films don’t need to lean on the stereotype of poor people being uncouth. The result is not anything we haven’t seen before and the stereotypes ultimately do a disservice to telling a full, unique story.

But the film does commit to those stereotypes, and in its execution they use the same gags over and over, which loses the punch they might have had if they used it sparingly. There is a lot of gross out humor including many gags involving vomit and poop, and one bathroom scene in particular draws on a similar diarrhea scene from White Chicks. But here, it doesn’t add to the characterization of the character – it just makes it seem like she might have an allergy to some of the rich food being introduced into her diet.

The third act tries to save the movie as she finally commits to learning about fine dining and “manners,” but it’s a little too late. By that point, I was no longer invested in Belinda’s journey — not to mention, the film did very little to set up why she was thrust into this journey in the first place.