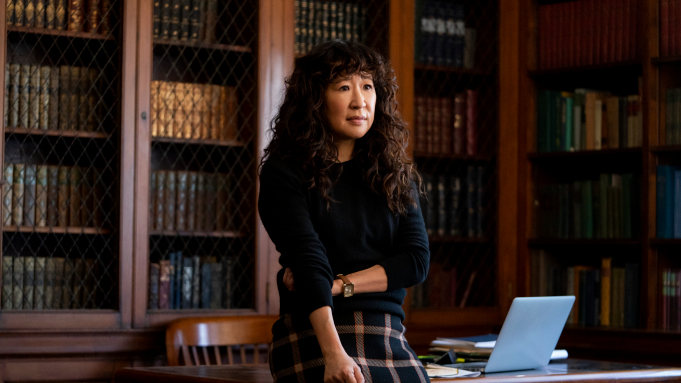 I am a department chair at a college, so I was thrilled to see Sandra Oh star in a show that about the (sometimes) thankless job of management. Ms. Oh delivers a terrific performance and provides enough comedy and vulnerability to hold the audience’s attention.

The first episode is hilarious and showcases some of the ridiculous processes that are pervasive in higher ed. Yes, administration is worried about enrollment (true for most colleges today except for the very elite). Yes, there are old-fogey professors who refuse to change with the times and think student evals are a waste of time. Yes, there is pettiness among faculty who hold PhDs but cannot agree on a simple decision. And yes, this generation’s college students are more apt to hold faculty and administration accountable for meeting their needs. The worst thing you can say about a professor is that they are . . . Boring.

Beyond the first episode, the series falls into rom-com, which is charming if unrealistic. There is some nice chemistry between Sandra Oh and Jay Duplass, but the relationship does not have much chance to develop in 6 episodes. So, it will be interesting to see if the series renews so it can be explored.

It’s been awhile since a comedy about higher ed has been featured, so this is a welcome change.