Shaun the Sheep: The Flight Before Christmas 2021 Movie Review
Skip to content 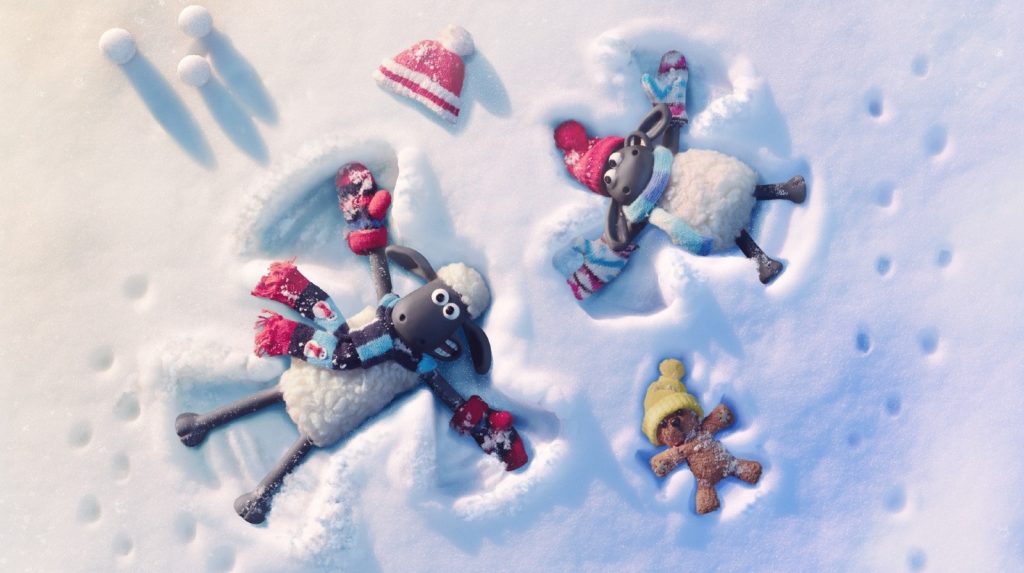 Shaun the Sheep: The Flight Before Christmas 2021 Movie Review

Netflix is home to so many great holiday movies and specials every single year, and 2021 is proving to be no different. After Aardman Animation’s star sheep made the jump to Netflix for his latest series, Shaun the Sheep: Adventures from Mossy Bottom in 2020, he’s joining Netflix’s festive line-up this year.

It’s been six years since Shaun and co. last had a proper festive outing (2015’s The Farmer’s Llamas), but he’s back for a new adventure. When a raid on the farmhouse for Christmas supplies goes wrong, one of the members of the Flock will go missing, and it’s over to Shaun and his friends to rescue them before it’s too late.

UK viewers will be seeing Shaun and his friends on BBC1 very soon, as Aardman Animation has produced a series of Christmas idents (short films that air between shows to help identify which channel you’re watching) featuring their beloved farmyard characters. These channels idents will start appearing on BBC1 from Saturday, Dec. 4, and run right through the festive period. We also finally know when The Flight Before Christmas will air on BBC1

Shaun the Sheep: The Flight Before Christmas launches on Netflix in the US, Latin America, Canada, parts of Europe, and the Middle East on Friday, Dec. 3.

The BBC has now confirmed that the half-hour special will be broadcast on BBC1 at 6 pm on Christmas Eve.

At the time of writing, the only confirmed member of the voice cast is Justin Fletcher, who has voiced the character since the show debuted way back in 2007.

We’d wager that it’s highly likely fellow actors like John Sparkes (Bitzer the dog) will be back on board for Shaun’s latest escapade, too!

We’ve just gotten a trailer for Shaun’s festive caper, and it sees him and the rest of the Flock waking up to a true winter wonderland on Mossy Bottom Farm. There’s a Christmas market in town, the decorations are up, and Shaun has packed Timmy inside a present to hide him whilst they lead their raid on the farmhouse for decorations.

As you’d expect, it looks like chaos will ensue when the rest of the sheep try to get him back, plus it looks like there’ll be plenty of problems for the Farmer as he does his best Santa impression, and Bitzer’s will get himself into a few scrapes,

You can watch the trailer for Shaun the Sheep: The Flight Before Christmas below:

Shaun the Sheep: The Flight Before Christmas 2021 Movie Review