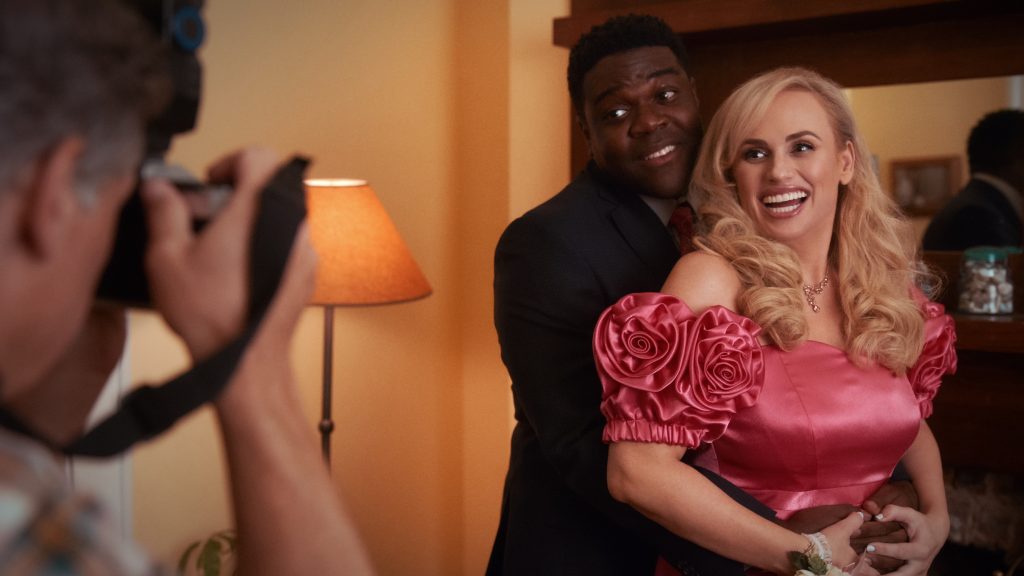 It stands to reason that Stephanie Conway, the Aussie outcast at the center of Alex Hardcastle’s “Senior Year” would have seen “Never Been Kissed.” Released in 1999 — almost exactly when Hardcastle’s film starts — Drew Barrymore’s high school rom-com followed a well-meaning, dorky kid as she embarks on a do-over after a humiliating teen experience. Such is also the case in “Senior Year,” which lightly resets the charm of “Never Been Kissed” thanks to a wacky coma subplot, but finds little new in the process.

Teenage Stephanie (Angourie Rice, who does delightful work imitating Rebel Wilson) isn’t popular as a freshman, encountering a major freeze-out from “The Populars” who have no use for an eager-to-please Australian dweeb. But, oh, Stephanie dreams of being popular too, eventually making it happen through sheer force of will (plus tons of tips from teen magazines of the day, a cute touch) and by 2002, she’s the the queen bee of her senior year. There’s some problems — her dead mom, friends from her dork days who still love her, a jealous rival determined to usurp her — but nothing beats the big trauma: cheer captain Stephanie get dropped right on her melon during a tricky routine.

Cue: 20-year coma. When Stephanie awakes (now played by Wilson, plucky as ever), she’s still got the brain (and mindset) of a 17-year-old, and boy, does she want her old life back. Thanks to the kind of contrivances only available in soft but well-meaning comedies (her old BFF Martha, played by the winning Mary Holland, is now the school’s principal; no one seems freaked out by the possibility of an adult woman hanging with teens all day), grown-up Stephanie is allowed to complete the final month of her senior year at the old high school. And, if Stephanie has anything to say about it, become popular. Again.

This all seems like such a direct lift from the hit comedy that earned Barrymore the 2000 Blockbuster Entertainment Award for Best Actress that this film does itself a disservice by never directly referencing it. Meanwhile, other early-aught memories fly fast and furious, from Stephanie’s choice of music (heavy on the early Britney Spears, which eventually births a banger of a remake of the pop queen’s “Crazy” music video) to her hair accessories (plenty of butterfly clips) — and, uh, the casual way teens toss words like “skank” and “slut” as terms of endearment for their best pals.

The film’s script — credited to co-star Brandon Scott Jones, plus Andrew Knauer and Arthur Pielli — does attempt to interrogate those bad old habits (a scene in which Holland’s adult Martha explains to Stephanie that she can’t say “gay” as a pejorative is handled nicely, and actually has dramatic payoff), while also taking aim at our increasingly “woke” modern world. Stephanie is shocked to learn that cheerleaders are now the biggest dorks on campus (and who use their routines to chant about things like consent, versus Steph’s old obsession with suggestive dance moves), the coolest girl in school is an influencer (a what now?), and being prom queen is literally no longer possible since Martha cancelled the tradition, along with many others.

Senior Year” stalls out while trying to thread the needle between the old and the new, instead finding its biggest insights (and best laughs) in a well-trod truism: People don’t change. Unless, of course, they do, because that needs to happen if a Netflix comedy is going to move right along. Little in “Senior Year” will surprise, and the film chugs through its predictable beats with good humor, but there’s not much else to recommend it. Wilson makes for a fun heroine who’s worth rooting for, bawdy, and down for whatever, but the film isn’t willing to let those tendencies run wild.

Mostly it feels familiar, and not in an entirely unwelcome way — those “Never Been Kissed” comparisons aren’t mean ones! there is a joke about “Real World: New Orleans” that is transcendent! that “Crazy” music video remake is a banger! — but it also feels like a tremendously wasted opportunity. Wilson has the chops to lead a laugh-out-loud comedy classic, and Rice’s own comedic reserves have yet to be fully tapped (remember her wonderful work in “The Nice Guys”?). Nineties and early aughties nostalgia is ripe for dissection, as is the wide, woke world of today’s teen influencers. Even comas deserve more zip than what’s on offer here, and that’s admittedly a bizarre thing to write.

Stephanie will, of course, graduate high school after learning some stellar lessons about herself, her loved ones, and life in general (what sort of film would this be without that arc?), but earning a passing grade doesn’t put her at the head of the class. The same can be said for “Senior Year,” which at best is an average student just muddling through until the bell rings.