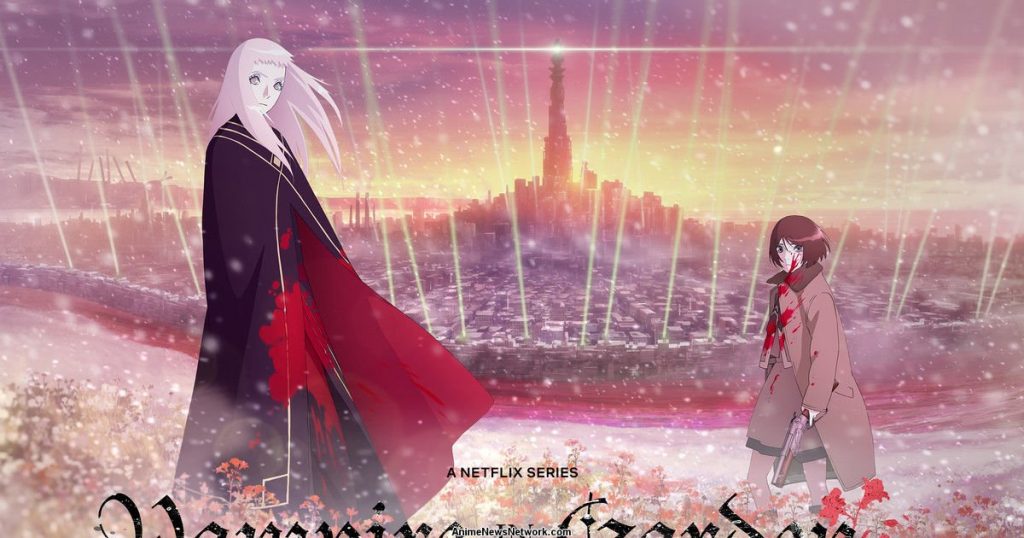 The fateful meeting of a human and the vampire queen may change the world. From WIT STUDIO and a team of talented creators comes ‘Vampire in the Garden’. One cold winter, humanity lost its battle with the vampires, and with it, most of where they called home. A small population of survivors created a wall of light in a small town to protect them and give them a place to live in peace. The protagonist, Momo, lives a repressed life but still wishes to coexist with the enemy, the vampires. Fine, the vampire queen, once loved humans and disappeared from the battlefield. As war rages through the humans’ town, the two have a fateful encounter. Once upon a time, humans and vampires lived in harmony in a place called Paradise. This is the story of a young girl and a vampire on a journey to find Paradise

The grass is not always greener in Vampire in the Garden, the new Netflix anime which is slated to premiere on the platform in mid-May. The story follows humans after losing a war against vampires in a cold winter. Now, protected by a wall of light in a small town, they have to fend off possible invaders to try to live in peace.

The trailer shows one of the turning points in the story, in which protagonist Momo is in the middle of a vocal breakdown about the world’s situation when she realizes there’s a vampire staring right at her. Momo and this vampire, Fine, are set to form a bond since they believe there is a place called “Eden” in which vampires and humans can coexist. The trouble is, a pact is virtually impossible since predator and prey are still living in the wake of war, and they’ll certainly be targeted across their journey.

The Vampire in the Garden trailer also reveals that the vampires in the story are more inclined to their classic, horror origins, in which they have violent encounters with humans who often don’t make it out alive. Bizarre and deadly creatures also make an appearance, which suggests the realm of the mystical beasts in the story might not be limited to bloodsuckers.

Vampire in the Garden is directed by Ryotaru Makihara, who helmed The Empire of Corpses and also worked on the immensely popular anime series Attack on Titan, which also dealt with humanity on the brink of extinction dealing with supernatural threats. The character design is by Tetsuya Nishio, who has worked on a slate of popular animes, including Naruto, YuYu Hakusho, Cowboy Bebop, and Evangelion.