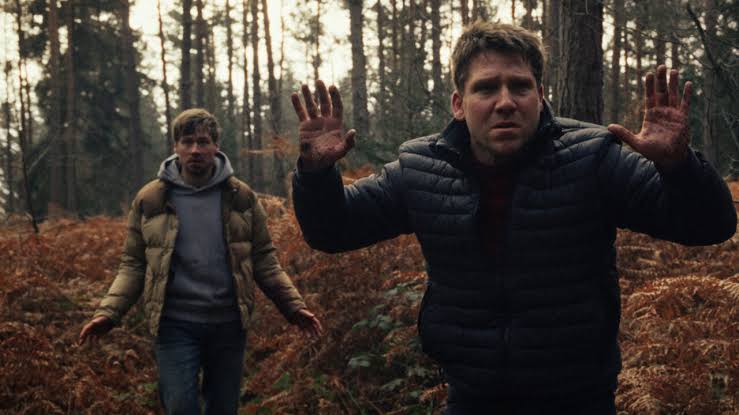 A new German survival thriller on Netflix. The premise is simple: 5 guys on a trip in the jungle got hunted down by a mysterious hunter.

Most of the runtime was these guys running in the woods. The suspense relied on the mystery of the hunter, who was deadly and familiar with the territory. There were some scenes that worked, but for a lot of it I was bored because of how dragged the pacing was. However, I still want to see the justification for all of this.

And this is where the movie became just straight up stupid and nonsensical. In short, nothing paid off. First, there’s flashbacks throughout the movie about the main guy. These flashbacks served almost no purpose and didn’t change my perceptions on these characters much. They all fell into certain types of characters.

Second, and the most important of all, the reason that they got hunted was bafflingly unjustified that just pissed me off at the end. The final scene was just as random and gave more questions than answers.

Overall, it’s almost like this movie exists to waste people’s time. I just lost an hour and a half of sleep for this random bs thriller with almost no thrill. 3/10.