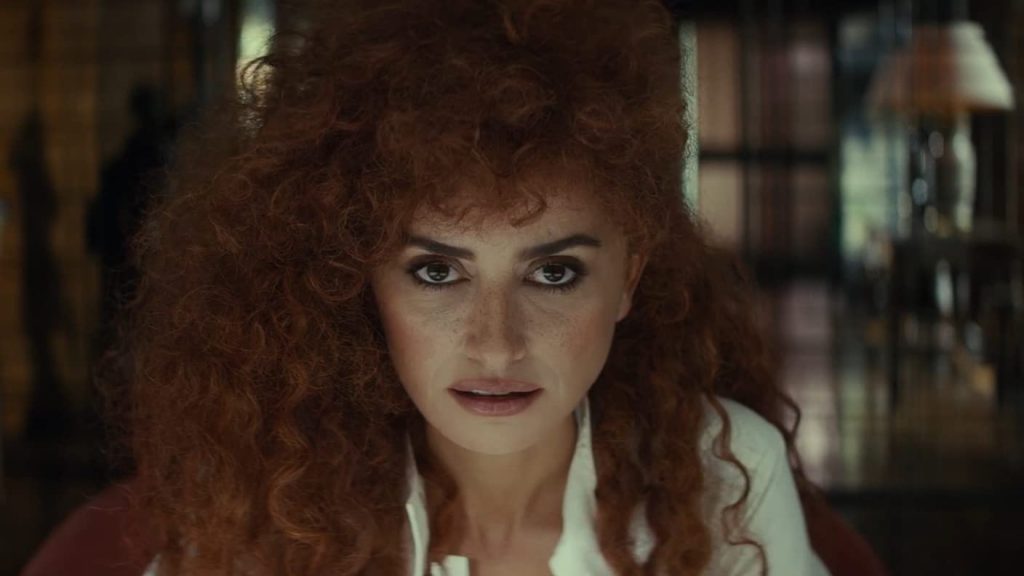 The new film from Argentine duo Gastón Duprat and Mariano Cohn effectively asserted its destiny with its title: How could the Venice festival programmers resist putting a film called “Official Competition” in their official competition? Some things just make sense, and by premiering in this way, Duprat and Cohn’s droll, dippy insider comedy neatly completes the last of its many, many in-jokes: Whatever life the film has beyond the festival circuit, it will never again play to so perfectly targeted an audience.

How amused viewers outside the film’s satirical crosshairs will be by “Official Competition” remains to be seen. As it traces the fractious pre-production process of an art-house film being made for cynical commercial purposes, the film will certainly mine dark laughs of recognition from industry folk. Perhaps civilians will appreciate its puncturing of the egos and pretensions of the privileged artist class, after being drawn in by big, brash, colorfully farcical performances from Penélope Cruz and Antonio Banderas — finally headlining a film together for the first time, which grants a kind of event status (as well a major international selling point) to this likable bagatelle.

Not wasting any time with polite scene-setting, the film opens with some of its most savage jabs, as we survey the joyless aftermath of an 80th birthday bash for billionaire business mogul Humberto Suárez (José Luis Gómez), a freeze-dried husk of a man suddenly concerned that he hasn’t left the world anything of lasting consequence. What can he throw money at that will shore up his legacy, he asks? After pondering a bridge built in his name, he settles instead, hilariously, on funding a film — hardly the most surefire way of making a mark on the world, but hey, it’s his money.

Suárez neither knows nor cares for cinema, of course, and he certainly hasn’t read the novel — a turgid-sounding family saga about warring brothers — to which he (or rather, his long-suffering assistant) secures the rights at considerable expense. All that matters is that it’s important and acclaimed; for the same reason, he hires eccentric Palme d’Or-winning filmmaker Lola Cuevas (Cruz), even though her esoteric, avant-garde sensibility (her previous films are tellingly titled “Haze” and “The Inverted Rain”) isn’t best suited to a prestige literary adaptation.

He gives her carte blanche over casting the leads, so long as they are “the best.” Lola selects Felix Rivero (Banderas), a dim international movie star who works largely in the mainstream, and Ivan Torres (Oscar Martínez), a highly regarded but more snootily refined stage actor, believing their differences will lend the film interesting tension. She’s perhaps more correct than she had bargained for. As the three gather for a nine-day rehearsal period that is integral to Lola’s process, the animosity between Felix and Ivan is immediate, further stoked by the increasingly absurd exercises to which she subjects them — which come to resemble a corporate bonding workshop as dreamed up by Luis Buñuel.

“I suffer a lot through my films,” Lola admits, and she expects the same of her collaborators. If nothing else, this sadomasochistic streak unites the men in a mutual loathing of their director, never more viciously than when she binds them to their seats and makes them watch as she passes their various acting trophies through a metal shredder. (They include, in a typically meta wink to a knowing audience, Martínez’s own Venice Best Actor prize for Duprat and Cohn’s previous film, “The Distinguished Citizen.”) There is a method to Lola’s madness — the men certainly become more emotionally expressive as the days go by — but perhaps she’s overshot: As assorted acts of revenge ensue, it becomes ever more impossible to imagine this hot-headed trio eventually shooting a film together.

Given immediate comic presence by the poodle-sized perm planted on her head, Cruz is quite obviously having a ball sending up the ivory-tower vanities and mannerisms of the prodigious auteurs she’s worked with over the years. It’s a performance of fizzy, frenzied, physically elastic inventiveness, though she doesn’t render Lola a complete cartoon: There’s a human sincerity to her daft artistic aspirations, even in such trying and compromised circumstances, that is sympathetic through it all. The two male leads, meanwhile, are united in self-parody, though Martínez generally underplays to Banderas’ marvelous preening — an unflattering self-portrait that will probably earn the biggest, broadest laughs from industry insiders and outsiders alike.

Viewers from either camp, meanwhile, are likely to agree that at nearly two hours, “Official Competition” outstays its welcome, yielding less consistent hilarity than a fleet 90-minute cut of the same farcical material might. Yet perhaps that inflated heft, too, is part of the joke, together with the unexpected formal grandeur of this fundamentally slight enterprise. Arnau Valls Colomer’s tricksy cinematography surprises with its hyper-mannered, painstakingly asymmetrical compositions; Alain Bainée’s spectacular, borderline-surreal production design often strands the characters in great deserts of modernist beauty. So much of “Official Competition” is fashioned, quite knowingly, as art for art’s sake — though if we learn one thing from its characters’ exploits, it’s that art can be made for worse reasons than that.