Murder by the Coast 2021 Movie Review
Skip to content 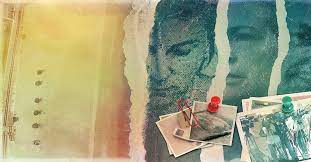 Murder by the Coast 2021 Movie Review

What is the purpose of genuine crime? Is it just a means to quench the morbidity that is inherent in human beings? Is it a moralizing story, a 21st-century rendition of Little Red Riding Hood, to help us grasp the perils hiding in the forest? Or is it an attempt to depict society by illuminating its darkest corners? Unfortunately, the actual crime that has grown on platforms in recent years would very certainly respond to the first two alternatives.

This is not the scenario in Tània Balló’s documentary The Wanninkhof-Carabantes case, about the double killing that shook Spain in the late 1990s. Balló saves this specific instance of judicial error, which already had a cinematic narrative with amazing script twists, and it does so without having any impact on the murders of Roco Wanninkhof and Sonia Carabantes, mentioning just enough evidence, witness statements, and bloodstains to state their deaths.

The filmmaker has remarkable skill in the way she carefully selects pictures and shows the victims without re-victimizing them. His aim is for us as a society to reflect on the heinous media trial that resulted in Dolores Vázque’s conviction. Was it the result of a botched police investigation? An inept judicial system? A media obsessed with meat and afflicted with lesbophobia? A fearful society? A genuine crime can help address these issues.

Murder by the Coast, a new Netflix true-crime film from Spain, is about a murder, an arrest and prosecution, and a travesty of justice.

The film’s actual events start with the killing of Roco Wanninkhof in her hometown of Mijas in Málaga, on Spain’s Costa del Sol, in October 1999, a month before the Dutch-Spanish girl’s 20th birthday.

The subsequent media circus and public clamor to identify her killer — a campaign rooted in bigotry and prejudice — had a significant impact on the criminal inquiry, which resulted in the arrest of Dolores Vázquez, Wanninkhof’s mother’s former lover. Even though there was no evidence tying Vázquez to the girl’s murder, the jury declared her guilty.

Then, in 2003, the lifeless body of another adolescent girl, Sonia Carabantes, was discovered. The real killer was apprehended this time, and it was discovered to be the same individual who murdered Roco Wanninkhof. But, this time, society has already moved on from Dolores Vázquez…

The production team’s investigation work, which involved 45 individuals throughout the course of the project’s many phases, took 2 years to finish. Their work included implementing 50 hours of interviews conducted with far more than 60 people involved in the case; researching judgments, minutes, overviews, and reports from more than 20 volumes and about 5,000 pages of information about the case; and searching the whole regional and national Spanish press between 1999 and 2006, and also the British press between 1985 and 1991, for coverage of the case.

Murder by the Coast 2021 Movie Review