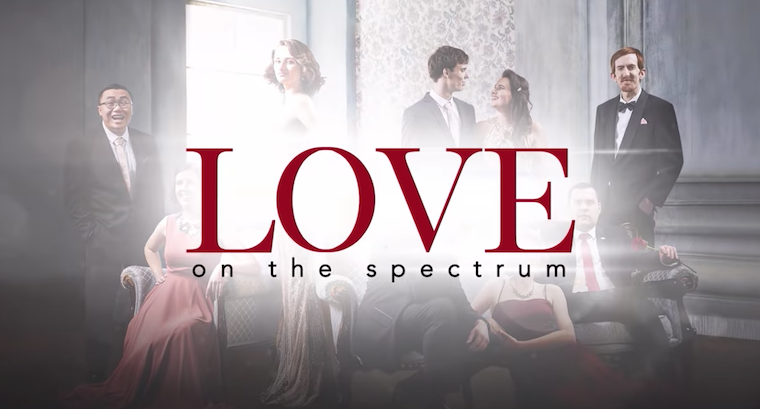 I’m autistic, and I got engaged in July. We don’t have any couples’ pictures — it’s hard to ask someone else to snap a photo for you during a pandemic. But otherwise, it was perfect. My partner and I spent the day hiking in the woods and wading in the Patapsco River in Maryland. After, we sat on a bench to eat sandwiches I’d packed. He didn’t kneel. He just handed me a small ring box and smiled like the sun.

Anecdotally, many parents worry about whether their autistic children will ever find love. I know my parents did. Because autistic people can struggle with social and emotional communication, we don’t form relationships as easily or in the same ways as our neurotypical peers. And that can be a major source of anxiety for our families, and even more so for ourselves.

Some may find reassurance in watching “Love on the Spectrum,” a new reality dating show on Netflix that follows several autistic and photogenic 20-somethings as they explore relationships and dating, some for the first time. Unlike most reality television, the production crew isn’t trying to stir up drama. No one gets voted off the island. No one is told to pack their anime figurines and go. Although I was not completely pleased with “Love on the Spectrum,” it is kind, and I respect the creators’ good intentions.

One issue I have with the show is how unrealistic it is. Olivia, a fiery-haired woman who loves Harry Potter and her theater company, claims at one point that only 5 percent of autistic people ever find love. The production crew doesn’t contradict her, and her statement is framed as fact. But it isn’t clear how many autistic adults find successful, lasting relationships, let alone how many date or, heaven forfend, have hookups or one-night stands. The data are scarce. Where did Olivia’s number come from?

The factoid probably came from a 2018 study of mid-life social outcomes, which found that 5 percent of the autistic participants had been married at least once. But that’s a far cry from stating that only 5 percent of autistic people ever find love. Also, even those marriage results may be skewed: The age range for the study, from 22 to 51 years old, was quite broad, and it would be unusual for a 22-year-old to have ever been married, whether the person is autistic or not. The results do not reflect how successful autistic people are at large in the dating world.

The show is also riddled with bad advice and is frequently infantilizing. There are more interviews with parents than with the people the show is ostensibly about. The musical cues would be more appropriate for a documentary about clumsy baby giraffes than for a reality series about adult humans. In one particularly galling moment, the production staff ask Sharnae and Jimmy, an autistic couple who are moving in together, if they have “consummated their relationship” — to which they sort of laugh and confirm that they have. They are a couple in their 20s. They are moving in together. They sleep in the same bed. For any readers in doubt, I can assure you: Autistic people have sex, just like anybody else. Jimmy and Sharnae have had sex. It was a bizarre question and supremely uncomfortable to watch.

The therapy and assistance offered to the young people featured on the show is similarly out of touch. Jodi Rodgers, a relationship counselor, coaches several of the autistic people on the show, and unsurprisingly, none of her clients have any success. Rather than teaching them how to make any kind of emotional connection, she teaches a series of behaviors: Hold out a chair for your date, make eye contact, don’t talk too much about what you love. Some of the autistic adults also attend the PEERS program, which encourages loveless enrollees to point out each other’s failures in order to adequately perform ‘neurotypicality.’ The therapists mean well — they clearly see it as helping their clients put their best foot forward. But the behaviors they’re encouraging aren’t natural or real. And they are especially odd on dates between two autistic people. What is the point of having someone go through motions when the other person may not even notice or care? Why instruct two autistic people to look at each other’s faces and smile?

The successful dates and relationships on the show — Chloe and Lotus, Thomas and Ruth, Jimmy and Sharnae — embrace each other’s autism. In one particularly heartwarming moment, Jimmy, nervous about a big surprise he has planned for Sharnae, insists that he needs to go to a store to get navy blue socks. He becomes increasingly agitated that his socks are black. Sharnae doesn’t roll her eyes or tell him to behave better. She goes with him to the store. They get the socks, and then they go on to have a lovely evening. It’s a moment of love and acceptance that I am grateful to have experienced in my own relationship from time to time.

Another positive thing about “Love on the Spectrum” is the way it portrays queer relationships. Chloe, a lovely autistic woman who is also deaf, dates both men and women over the course of the series, and it is treated as utterly unremarkable. Chloe’s date with Lotus is one of the series’ highlights and has rightfully emerged as a fan favorite.

If anything, it’s strange that there isn’t more LGBTQ representation in the series. There is emerging evidence that autistic people are significantly more likely than the general population to be gay, bisexual, transgender or otherwise queer. Few of the autistic adults I know are straight. It would have been nice to see that reflected in the show. Similarly, although the show balances gender well — it features plenty of autistic women — it does not do so well on race. Almost the entire cast is white. People of color face major diagnostic disparities, and “Love on the Spectrum” does little to challenge the unbearable whiteness of TV autism.

“Love on the Spectrum” probably won’t educate anyone about autism, or even about the realities of autistic dating. It isn’t science. But if you want to watch a dating show in which everyone is treated with kindness, you might want to add it to your Netflix queue.