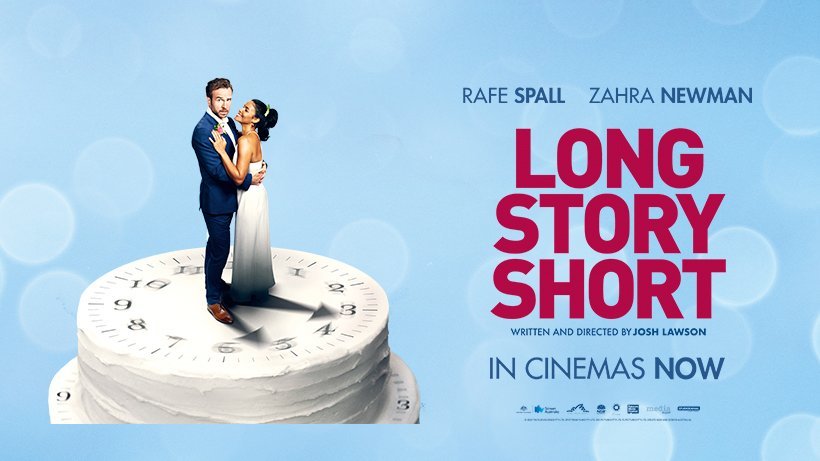 On paper, the concept of Long Story Short feels unique and unusually existential for a romantic comedy and there are glimpses of genuine, thoughtful emotion to be found in the film’s more dramatic moments. The idea that years of your life could suddenly turn into minutes is terrifying and also heartbreaking since you’re getting closer to death and you’re missing out on life, yet I can see the comedy in this premise that Long Story Short aims for, and its ambitions have to be admired. It also has a sense of sweetness that, unfortunately, feels too familiar and turns Long Story Short into a frustratingly predictable plot.

This film looks and feels generic. There is rarely anything special about the execution, even when we move forward in time, and I could not buy some of the character behaviours at all. There is a lot Long Story Short could’ve done to bring its premise to mind-blowing complexities, and early on, I considered the film being a potential allegory of mental illness or the search for meaning in life, yet those interpretations don’t come to fruition very well. Its message is clear in that you only live once, so you need to make the most out of every second you live in and Long Story Short uses Teddy’s (Rafe Spall) storyline to show the horrors of losing time, yet its messaging borders on preachy and eventually tiring.

Undoubtedly, the acting is the best aspect of Long Story Short. Rafe Spall and Zahra Newman deliver strong performances and their chemistry brought their roles to life. As uninteresting as their characters were, I could believe they were a couple. The supporting cast also give out solid performances and Noni Hazlehurst, a legendary veteran actress in Australia, is phenomenal with the screentime she gets. When Hazlehurst has her monologue towards the end, I found her characterisation more intriguing than the others. In that regard, I wasn’t invested in the character work, despite how likeable the performances were, and I can’t recall interesting details about them.

I’m almost convinced Long Story Short was shot amidst the COVID-19 pandemic (it was actually filmed in late 2019), because, aside from an opening scene at a crowded party, the most prominent locations are the characters’ houses, a beach and a graveyard. The small number of settings gives the film a limited scope and the low-budget filmmaking is evident, which is never bad, but it’s that when Teddy is realising how fast time is going by, the world doesn’t seem to change within 10 years and it’s another sign that screams unfulfilled potential. Just like the writing, very little about Long Story Short stands out technically. Some of the editing is poor, the cinematography is competent yet looks flat and the modern music choices don’t fit well with the film, making it feel cheesy and saccharine, and its tonal balances are consequently rough. While Long Story Short does have some humour, most of its jokes fall flat, and barely anyone in my screening laughed.

The pacing mostly fits Long Story Short and helps the time pass, so it didn’t drag on. The film’s strongest moments are in its most emotional, one is when Teddy discovers some devastating news and, questionable directing aside, Spall’s acting sends the impact across. It’s when the film attempts to get existential about time and living that it shines. But all of that is completely reversed in an ending that reminded me of Click and if you remember that film, it is impossible not to correctly guess the ending of Long Story Short. But the forced feel-good conclusion ruins the bare existential depths and emotional impact prior to that, and it doesn’t feel earned at all. I’ve never been a fan of romantic comedies and Long Story Short, unfortunately, did little to change that. I can see this resonating with most audiences nevertheless and there’s several opportunities for the film to philosophically explore time, love and loss to reach greatness, but in my opinion, Long Story Short simply doesn’t take full advantage of its concepts.