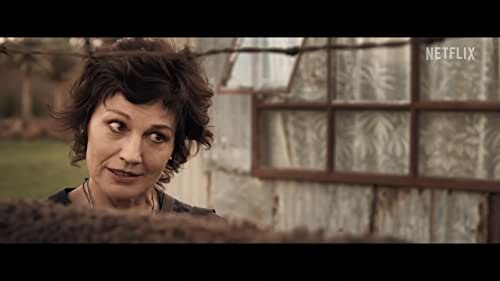 The movie begins by telling a historic fact about the brutal repression of black people, where any form of resistance met with a heavy-handed show of force that left misery and death in its wake. The Sharpeville Massacre of 1960 in the Vaal Triangle has been the focus. It was one of those events, the ramifications of which are still being felt by many members of the community some decades later.

Siya is the main character of this film. She is the resident of the Vaal Triangle and gets spotted by a photographer from Cape Town, Tyra Black. She develops an interest in Siya and wants to explore the place with her. Tyra requests Siya to be her tour guide and help her in exploring and understanding the place from the viewpoint of locals. She clearly didn’t come there just for some photos. It was something from her past that was bothering her and ultimately led her to this place. Tyra tried her best to take Siya away from that place to get her a bright future she rightfully deserved. People around Siya were not the ones that would let her grow in life. The best example was her boyfriend, Tshepo.

People are seen to be still living in the past. Residents of the Vaal triangle still hold a grudge against the white people even after so many decades after that incident. They were filled with animosity and wanted revenge, and Tshepo is a perfect example of that. The importance of the Vaal River has been the focus of this movie several times.

In the movie, there’s one line that caught my attention. It is: “Aren’t we all coping with something.” It was said by Tyra and provided a major hint towards the plot of the movie. Tyra showed that she is doing good, but inside she was also suffering from a lot of things.

The character of Tshepo was developed in a manner that shows what a man with anger filled inside him is capable of doing. He is a maniac and often takes advantage of Siya. The story of Jewel is emotional and devastating. It also sometimes feels that Siya is a foolish girl who doesn’t know what and who is good for her. Extremes have been shown in the movie, and the ending is not clear. It could have been a lot better if what was said in the end made some sense.

In my opinion, this film is a hard pass. If you were thinking to watch the movie, it might be the best time to reconsider your decision. The film starts by giving huge hopes. I entirely expected the end to be something huge and new. Instead, it ended up in a hugely disappointing way. The roles of the characters were not justified. The actors gave their best shots but, it might be the plot that didn’t allow them to shine.

Throughout the film, it felt as if the main aim of the creators was to prove that Siya was suffering. They never intended to get her character come out from that. The animosity between black and white people has received regular attention.

Unnecessary elements were included in the movie, which could have been skipped. Overall, the plot of the film wasn’t justified. Siya was the jewel, but she was the jewel that had lost its shine over time, and there were no hopes of reverting that back.