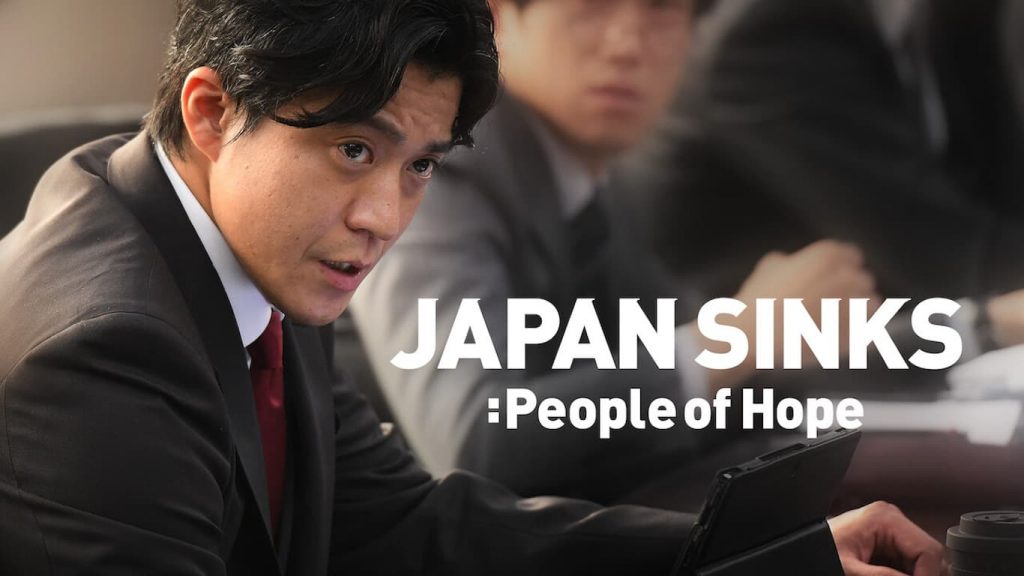 Japan Sinks: People of Hope focuses on the science behind the impending catastrophe and the political warfare that ensues.

The drama does well in capturing the social commentary in not just the Japanese Government itself, but also the modern social mentality. Denial, lies, deception, contempt, pride, conspiracy and ego. How far will you go to protect what you deem important; this is portrayed clearly in the show with it’s myriad of characters.

However, not everything is black and white. Every opposing side comes with compelling arguments that makes you think. An impending disaster of this scale is something that no one can undertake lightly.

Can you really trust the science? Do you tell the nation of the coming disaster, throwing the country into a panic? Or do you keep it a secret to prevent panic and protect the economy?

Of course, as the viewer, all actions saving the people is the ”morally correct” choice. But that is only in hindsight that we know what will happen; it’s literally in the title. However, for the characters, this is an uncertain future. The show does well in creating a narrative that isn’t a one-sided steamroll.

The social/political commentary also reflects the current situation we are in with covid-19. The world was warned of an impending worldwide pandemic, and there were those who panicked, those in denial and those who moved to protect the people.

Here, the government is warned of a potential disaster from a crazy Professor. The characters react realistically, all moving to protect what they hold dear, be it saving the people, protecting the economy, the culture and history, or saving the pride of the nation.

The show can seem slow and the first episode does start on low gear. However, every episode is packed. There is no filler, with every scene playing an integral part of the grander story.

However, the majority of the story is political. To some, this may be awe-inspiring enough to fall asleep. However, for those who find it interesting, the human political drama is captivating.

However, the small budget is apparent with the special effects. While it is not entirely horrible, it’s nothing to talk about. Perhaps they saved the budget for bigger events in future episodes. But 7 episodes in, it does leave much to desire.

The cast also has many exceptional names. Major roles are well portrayed to their core characters by their respective actors, giving a convincing interaction.

Though, some characters do fall flat. Besides major characters, some side characters feel like paperweight cliches. Fortunately, not enough to become too jarring from the viewing experience.

I cannot say that you will enjoy this show. But, if this interests you, perhaps give it a try.